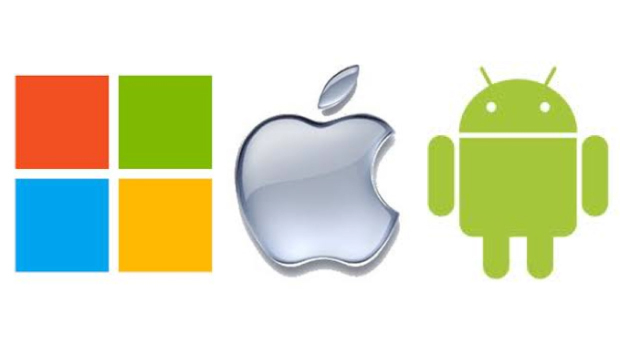 “People who are serious about software make their own hardware”.

Can you run the latest version of Android on a smartphone that was sold in 2008? Not a chance, because the computing power that you need to run today’s operating systems was just not there back then.

It’s kind of like a marriage, where both sides have to aid each other, otherwise it will be a smartphone that just cannot realise its full potential. To give things a little more perspective, the recently launched iOS 10 cannot be installed in all iPhones.

“If you’ve got an iPhone 5 (or later, an iPad 4 (or later), an iPad mini 2 or later or a sixth-gen iPod touch, your device is officially rated as iOS 10-compatible, and you can update to iOS 10 for free”.

That is because the old versions of iPhone or, more specifically, the hardware behind the old versions, cannot fully exploit the features and functionality of iOS 10. As software gets updated, so must the hardware after a point. It’s an inescapable equation. Constant innovation in the industry is only going to keep pushing the boundaries, and the mobile world will only move forward if hardware manufacturers keep pace with software development.


Understanding that helps make a lot more sense out of Steve Jobs’ statement at the top of this article. So, how does that apply to today’s mobile ecosystems?

The State of the Mobile Operating System World

The mobile operating system world is now controlled by two companies: Apple with its iOS and Google with its Android. Apple makes its own hardware and Software, while Google mainly concentrates on licensing Android for OEM smartphone manufacturers and also trying its hand in the hardware side.

Google’s hardware efforts have not been successful so far, and if you compare their efforts with Apple and the difference is as wide as the Atlantic Ocean. Nevertheless Google keeps trying, and recently launched Google Pixel, which is positioned to directly compete with high end smartphones such as iPhone.

Android is undoubtedly the dominant mobile operating system in the world today, controlling more than 80% of the market according to recent estimates. But there’s a good reason for such high number: Google allows third party manufacturers to use Android, unlike Apple with its iOS. But if Apple were to start licensing iOS to third party manufacturers for free or may be even for a fee, who do you think will be the most used mobile operating system world?

Of course, being a hypothetical question, that’s very difficult to answer. But we can assume that dozens upon dozens of smartphone makers will jump at such an opportunity, and in a matter of months we’ll see Android’s lead slip away and possibly even disappear.


But the point of posing that hypothetical question is this: a major reason for Android’s success is a direct result of Apple’s strategy to keep iOS within its walled garden.

Should Apple decide to suddenly license iOS under the same terms as Android or even charge a licensing fee the way Microsoft does with Windows, what control will Android then have over the mobile ecosystem it now dominates? Or, what chance will Microsoft have of even denting the mobile OS world?

And that logic is at the heart of why neither Google nor Microsoft can afford NOT to be in the hardware space. To protect their software from Apple’s, they MUST make their own hardware, or risk being at the mercy of Apple forever.

Interestingly, Microsoft and Google are taking different routes to handle this potential threat. I say potential because, of course, Apple has no known intention to give out iOS to anyone. There’s at least one reason for them to do it – and that’s to create an even bigger user base for Apple Pay – but we’ll reserve that discussion for another article.

To deal with this situation, Google has decided to continue its pursuit of hardware. They failed with Motorola, but they’re trying again with Google Pixel, and they will continue to push their hardware agenda until they are no longer reliant on OEM smartphone makers. That’s the only way to safeguard Android.

Microsoft, on the other hand, has a negligible presence in the mobile OS universe so it’s even harder for them to protect Windows from the global shift towards mobility. For that reason, they’re using their strength in software to create a “device-agnostic” operating system in Windows 10.

Microsoft CEO Satya Nadella as much as spelled it out at the recent annual shareholders meeting, and you can read about that in this article linked here.

As you can see, each of these three companies has its own agenda for the mobile world. Apple wants to keep it purely mobile, which is why their macOS is separate from iOS. Google wants to leverage Android and shore up its hardware capability, and the immediate result of that is Google Pixel and Google Home, along with Chromecast (to take advantage of the growth in video.) Microsoft, being the odd one out in the mobile world, is creating an environment where the operating system is the same irrespective of what device you’re on.

All three can coexist in the same dimension, and all three can be wildly successful. There’s more than enough room for consumers to accommodate all three, so that isn’t a problem we foresee.

For now, however, despite owning only the second largest mobile operating system in the world by user base, Apple is the clear leader in a game that’s rapidly escalating in intensity. And it was Steve Jobs’ vision that’s taken them to this pedestal.

But for how long?

Apple iPhone Sales Have Peaked It’s True, But It is by Choice Not Chance

How Will Apple, Samsung Grow in a Hobbled Global Smartphone and Devices Market?