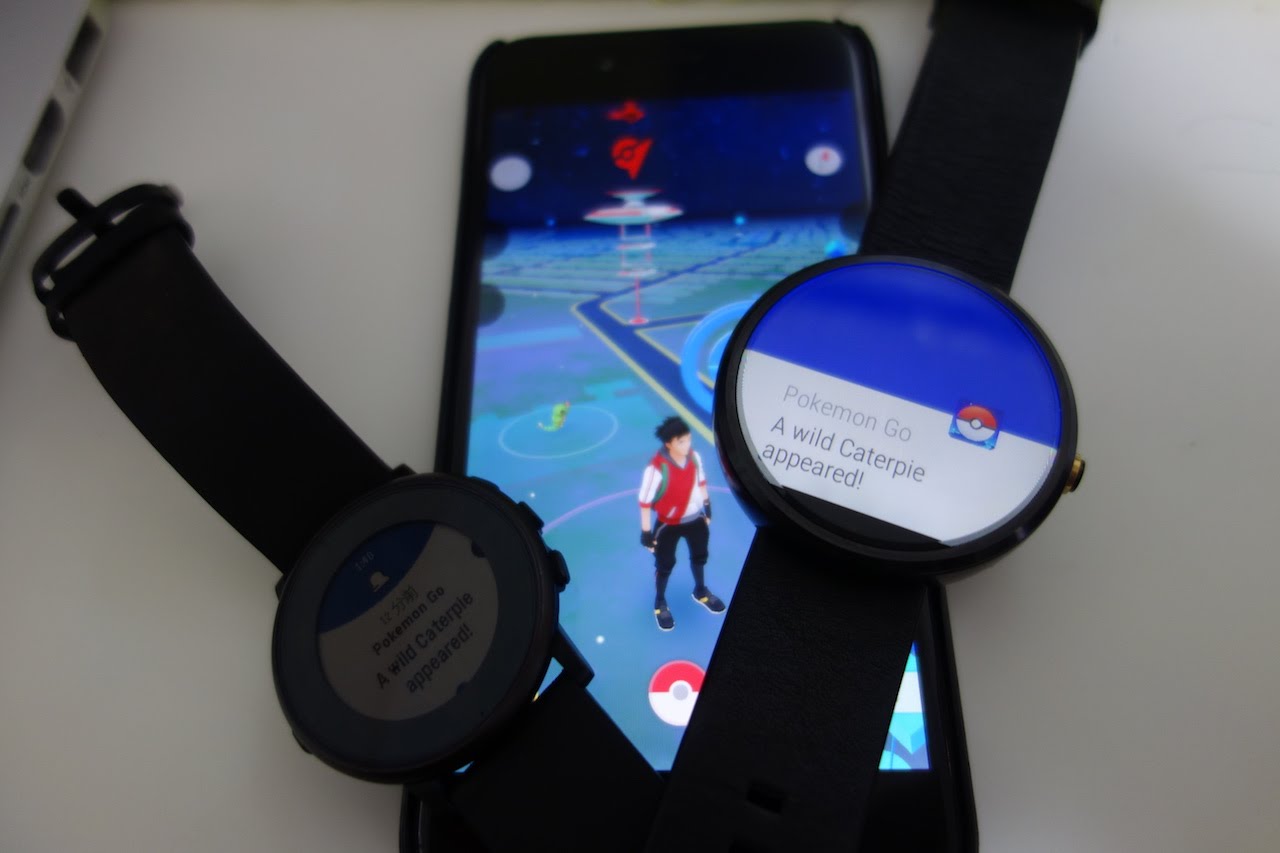 Back in September when Niantic spoke about its plans for a Pokémon Go app for Apple Watch, no mention was made about one for Android Wear, the modified version of Google’s smartphone operating system that runs on smart watches and other wearable devices.

But there are a couple of indications that Pokémon Go may, in fact, be coming to Android Wear devices sometime in the near future.

Back in September, Pokémon Go Hub decompiled and data-mined the Android build of Pokémon Go, 0.37.0 – which is the version that runs on Android smartphones. Inside, they found that mention was made of Android Wear. It also contained a project called pokemongoplus, which outlined the implementation of Pokémon Go for Android Wear devices.

In fact they discovered that the Pokémon Go app for Android Wear wouldn’t need the app to be running on your smartphone because it would continue to work in the background. They also found evidence that suggested Android Wear watches could pair with iOS devices to play the game.

And now, with Google announcing its plans to bring Android Wear 2.0 to Google-branded smart watches early next year, it’s very likely that Niantic will take a closer look at releasing Pokémon Go for Android Wear.

As a matter of fact, the data mined implementation in September actually showed that the Pokémon Go app for Android Wear was marked as “complete and release ready.”


Now that Apple Watch has gotten Pokémon Go after much speculation that it was shelved, it should be just a matter of time before Niantic pushes it to Android Wear as well. Nothing is confirmed as yet, but too many things point to the same conclusion.

There’s been no official word from Niantic about a possible release date or even whether Pokémon Go for Android Wear devices will ever come, but considering all the above factors, it would be a surprise if they didn’t include Android smart watch users in their plans.

Apple Watch: Should You Buy the Series 4? Apple Smartwatch Sales Still Strong after 50 Million Units Sold from 2015 to 2018