The latest Samsung Galaxy S8 leaks don’t make any sense whatsoever. We know that previous flagship phones from Samsung’s Galaxy S line of smartphones have the familiar “Samsung” branding at the top, right above the screen. But famous leaker Evan Blass now says that the Galaxy S8 will actually have the SAMSUNG name hard-coded on the display itself.

Those bemoaning the dearth of branding on the S8 will be pleased to learn that the top 1/4″ of screen will be hard-coded to display SAMSUNG.

That’s just plain dumb. Why would Samsung go to all that trouble to reduce the top and bottom bezels and then waste a quarter inch of premium display real estate just to get their name on there?

It’s hard to believe that Blass, a well-respected Twitter personality with 300,000 followers, would tweet a misleading piece of information. But if it turns out to be true, then it could well be the dumbest thing Samsung has ever done to a smartphone.

The 1/4 inches of space at the top of the AMOLED display is invaluable, but how much screen space is really being lost when you remove that much? 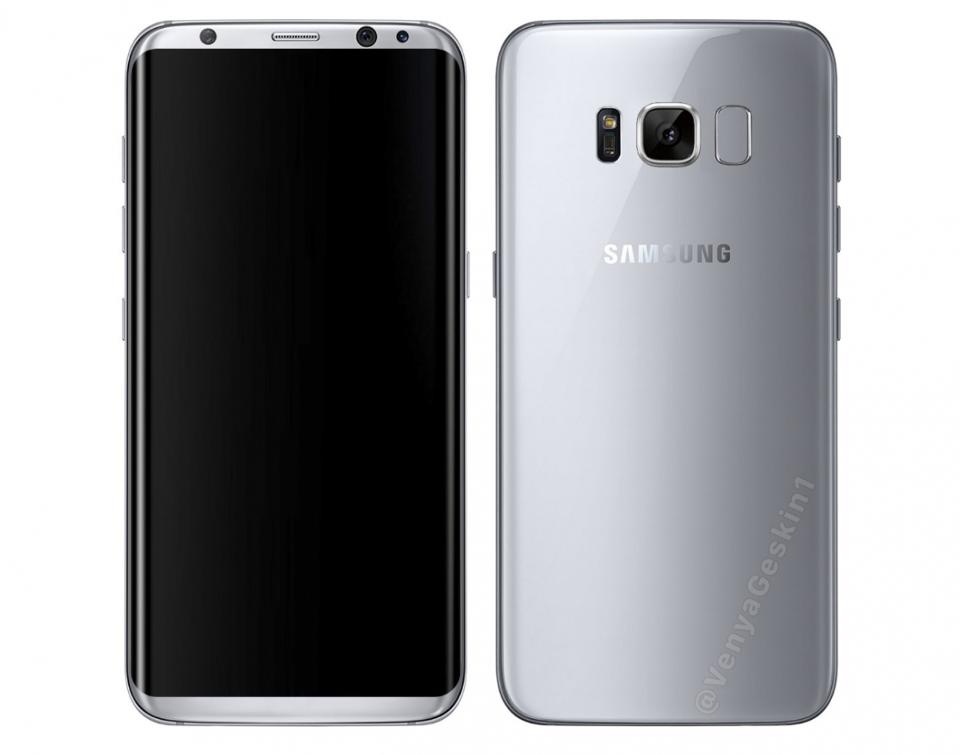 Our calculations show that on a 6-inch screen, losing 1/4 of an inch at the top will bring the phone’s display from 6 inches down to 5.8 inches (diagonal), or thereabouts.

The question is: why would Samsung take the trouble of using thinner bezels to get a 6-inch display out of essentially the same dimensions of a smaller phone, and then proceed to defeat the purpose of the whole exercise just because they want their branding to be in front?

We’re extremely reluctant to deliver this as a genuine leak even though it comes from a genuine source with an impressive track record. You can clearly see why. Our take is that if Samsung really wants to get their branding in there, they should just use a smaller font and squeeze it in there on the top bezel.

That might not be practical with all the stuff they’ve already jammed into the top, but they could just as well do the same on the bottom bezel since there isn’t going to be a physical navigation button anyway.

The other alarming bit of news (also from Blass) is that the fingerprint sensor will be place alongside the rear camera lens at the back of the phone. Again, we’re debunking this because it’s even worse than the branding leak. 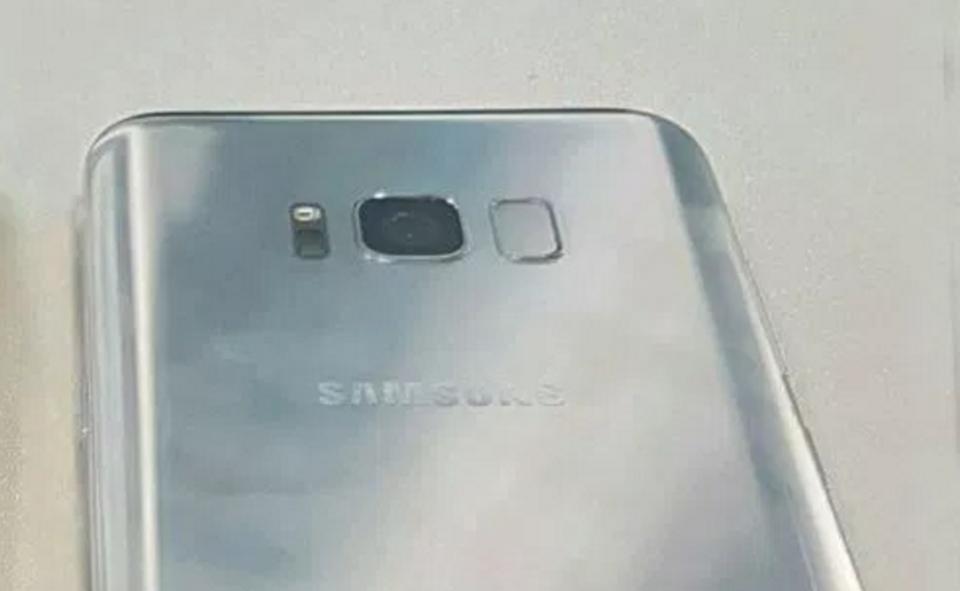 With the branding, they can at least remove it with an OTA update. But if they put the sensor on the back, that’s there for the entire life of the S8. It’s an irreversible act. That’s why we think Samsung will have figured out a way to embed the sensor underneath the display instead of on the back. The above photo could be from an earlier prototype or a rendered concept from the Galaxy S8’s design phase.

Either way, these are two rumors that we’ll need to take with no less than a cupful of salt at this point. The good part is that the Galaxy S8 will soon be launched, so we’re about to find out sooner or later whether Samsung would actually do something as dumb as this.