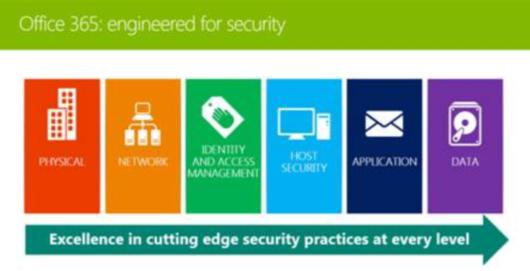 On February 10, 2017, Microsoft launched Threat Intelligence for Office 365 in Private Preview. Simultaneously, it also launched two other products: Security Score and Advanced Data Governance. Earlier this week, on April 4, 2017, the company made these tools generally available, along with significant updates to Advanced Threat Protection for Windows-based ecosystems.

First, some background on the escalating costs associated with IT security and cybersecurity breaches.

On average, a data breach costs as much as $4 million in lost sales, brand value damage, litigation and related costs. In many cases it can even lead to the closure of businesses. As a result, expenditure on cybersecurity systems, tools and talent is also on the rise, specifically in banking, insurance, education, healthcare and other industries that collect large amounts of sensitive data from their customers.

The fact that most security spending is typically folded into operational budgets makes it extremely difficult to report accurate numbers, but the trend of rising IT security expenditure is glaringly obvious.

A white paper based on a survey conducted by the SANS Institute and sponsored by Gigamon and Arbor Networks in Q4 of 2015 shows that protection of sensitive data, regulatory compliance and incident and breach control are the key driving factors of IT security spending.

The report also showed that large organizations would spend, on average, about $10 million to $50 million in fiscal 2016, or about 7 to 9 percent of their IT budget on security alone. It also shows that the majority of that spend would go towards skilled staff, and tools and technologies required to support “secure access, malware prevention,
endpoint security and data protection.”

Overall, IT security spending is expected to top $1 trillion for the period between 2017 and 2021, according to the Cybersecurity Market Report published by Cybersecurity Ventures.

Against that background, the new tools that Microsoft has just launched will go a long way in aiding security specialists in addressing major areas like threat intelligence and data governance.

Office 365 Threat Intelligence analyzes billions of data points from the general Office 365 subscriber base and makes it available to security professionals responsible for the security of the Office 365 tenant(s) in question.

The tool is integrated with other Microsoft security applications such as ATP and Exchange Online Protection, and provides robust information on malware families within and without a particular organization, as well as security recommendations based on prevalent global trends and events specific to that organization.

Advanced Data Governance for Office 365 gives organizations a clearer picture of the kind of data they hold. According to Microsoft, many organizations are at risk simply because they lack that visibility: what data they possess, whether that data is no longer required or relevant, and so on.

ADG for Office 365 helps companies “find and retain” data that is important, while weeding out security risks, such as personal information about people who have left the organization, for example, which could still prove expensive to remediate should there be a breach and subsequent data theft. ADG also provides a new policy management interface for Data Loss Protection (DLP.)

Microsoft also launched Office 365 Secure Score, a security analytics tool that gives a snapshot of the current Office 365 configurations, and methods to reduce risk and enhance security. But it also comes with a disclaimer:

“The Secure Score is a numerical summary of your security posture within Office 365 based on system configurations, user behavior and other security related measurements; it is not an absolute measurement of how likely your system or data will be breached; rather, it represents the extent to which you have adopted security controls available in Office 365, which can help offset the risk of being breached. No online service is completely immune from security breaches; the Secure Score should not be interpreted as a guarantee against security breach in any manner.”

Secure Score was made available in February, and the other two tools became generally available as of April 4, 2017. In addition, Microsoft also launched a new reporting interface for Advanced Threat Protection, while “extending the ATP Safe Links feature to Word, Excel and PowerPoint for Office 365 ProPlus desktop clients.”

Of late, Microsoft has been laser-focused on enhancing its security and compliance features as part of its efforts to corner the financial services market. As a result, the company was able to bag several large organizational clients in the banking, insurance and securities markets. These are typically companies that operate in highly regulated environments and a averse to cloud products because of various issues such as data governance and sovereignty, fear of security breaches and data theft, and several other reasons.

We already saw that the second highest allocation of IT security budgets is going towards tools and technologies that protect data, prevent malware attacks, monitor organizational security and support secure user access.

That’s the market Microsoft is after, and because of its massive reach across the enterprise segment on the back of Windows, Office applications, Office 365 and cloud infrastructure, the faster they move in this area, the better they can promote secure environments to potential clients in security-sensitive industries such as financial services, healthcare and so on.