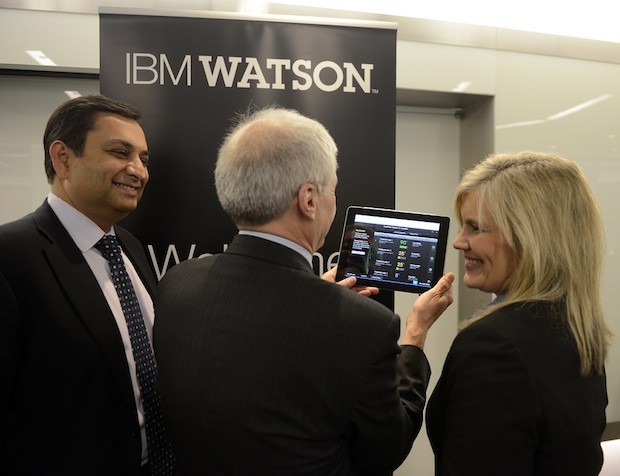 At Moogfest 2016 this past week, IBM described a number of new developments that IBM Watson is now featuring. According to IBM Watson team spokesperson Ally Schneider, Watson now features a number of AI improvements including 30 open-source APIs across four categories: language, speech, vision, and data insights. “Watson has the ability to read through and understand unstructured data like a human and pull out the relevant answers and insights and now images,” Schneider said.

One of the most significant examples of IBM Watson’s newest power is a joint effort with Memorial Sloan Kettering Cancer Center. The goal was to train Watson to think like a doctor, in order to assist oncologists working with breast and colon cancers. IBM’s team fed Watson a steady diet of medical journals, clinical trial results, encyclopedias, and textbooks to teach it the language of medicine.

Next, according to Schneider, is an application for the music industry. Quantone delivers in-depth data on music consumption. It not only leverages structured metadata the way Pandora, Spotify, and other music services do, such as the genre of music, the number of beats in songs, and so on, but using IBM Watson technologies, it can also process unstructured data, such as album reviews, artist-curated content, and natural language classification.

IBM has also recently published a cookbook which, as Schneider points out, isn’t something you would have expected to hear before it happened. The book is called Cognitive Cooking with Chef Watson: Recipes for Innovation from IBM & the Institute of Culinary Education. Watson would analyze the molecular construction of foods, figured out what goes well together, take in inputs such as specific ingredients and what to exclude (such as gluten or other allergy triggers), and then create 100 new recipes using that query.

In the art world, World of Watson was a recent exhibit (pictured below) by Stephen Holding in Brooklyn, in collaboration with IBM Watson using a deviation of a color API. Watson mined through Watson-specific brand imagery and came up with a suggested color palette for Holding to use. The goal was to invoke innovation, passion, and creativity with an original piece of art.

Finally, IBM Watson has partnered with fashion label Marchesa for the recent Metropolitan Museum of Art gala with model Karolina Kurkova. Watson was tasked with coming up with a new dress design that was “inherently Marchesa and true to the brand.” Watson was involved in every step of the way.

Today, anyone can get started working with IBM Watson, says Schneider, by heading to IBM BlueMix and signing up for a Watson Developer Cloud account.

Out of the Box: Google, IBM and Microsoft to Provide AI Firepower to Box Inc.