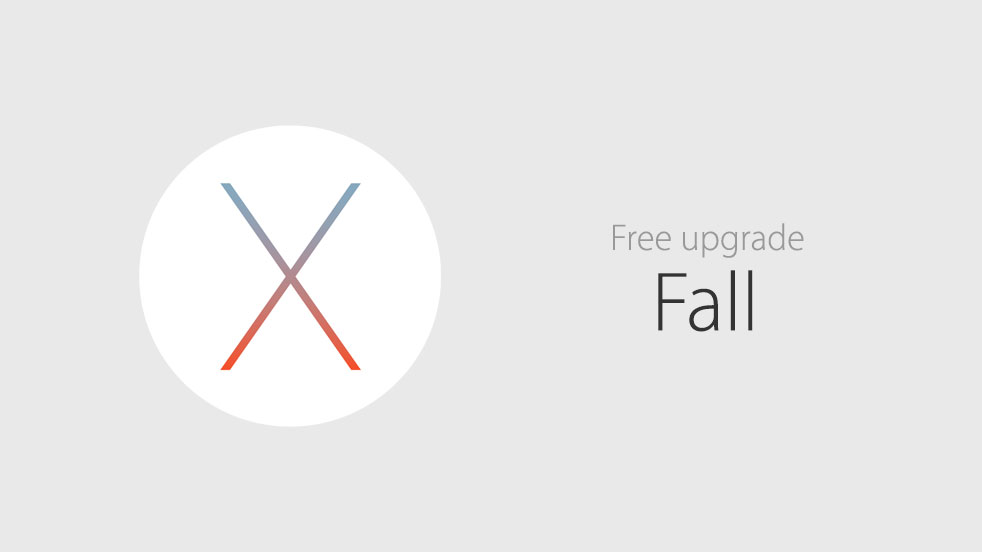 Apple has announced that its latest operating system version is expected to be in June as a full upgrade, rather than the update that El Capitan (10.11) was in relation to Yosemite (10.10).

According to various rumors, a new feature will enable users to be able to unlock their computers with their fingerprint without Apple actually introducing any new hardware. This is said to be possible by linking the user’s iPhone (if the user has one) to their computer, which will then enable them to use Touch ID on the smartphone to unlock the Mac or MacBook with “Remote Touch ID”. The reason for this is said to be to circumvent users regular use of weak passwords.

For the past few years, the latest version of Mac OS X has been available as a free upgrade to users of the previous version of the operating system, and there does not appear to be any reason to suspect this will change with OS X 10.12.

It is almost certain that the new OS X 10.12 will be announced at WWDC 2016 in June by Craig Federighi, Apple’s senior vice president of software engineering, during the opening keynote session on June 13th. The new OS is unlikely to become available for consumers until September or October, however, as this has been Apple’s strategy since the release of OS X 10.9 Mavericks.

Rumors are saying that the new OS X 10.12 will feature support for Siri with the Siri icon sitting in the top right of the menu bar near Notifications and Spotlight and will behave more like the latter than the former.

Other than this “tentpole” feature, OS X 10.12 is expected to be less revolutionary than Yosemite and more of an incremental update.

Apple may begin dropping the “X” and return to Mac OS (or MacOS), which was the name of Apple’s operating systems in the “classic” era, before the “aqua” interface of OS X. This would bring Apple’s desktop OS into line with the names of its mobile, smartwatch and TV operating systems – iOS, watchOS and tvOS.

Upgrading to iOS 11: Stop Worrying about Lost or Corrupted Data