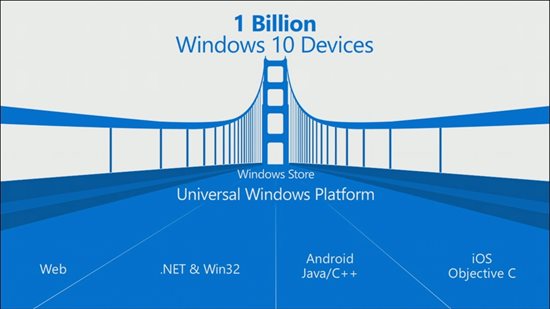 Microsoft’s annual Build conference concluded last month with hints about the company’s overall strategic thinking for the next year or so about their Universal Windows Platform and the ecosystem it will drive. For the enterprise, the obvious announcement to note involved Microsoft’s plans for a major update to Windows 10, to be released this summer. The company has dubbed the release Windows 10 Anniversary Update.

During the keynote presentation, the company spent a great deal of time showing off what users could do with a pen and a Surface Pro. A pen is not my preferred interface for computers, but I can see how Ink could make interactions with a mobile device more intuitive.

For developers, however, the key announcement concerned continued expansion of the Universal Windows Platform and the element from Build 2016. In addition to adding Linux-based development tools like Bash to Windows 10, Microsoft has also created universal development tools for Xbox One.

Developers can now create apps for Windows 10, Xbox One, or both and make those apps available for either platform via one single deploy on a cross-platform Unified Windows Store. This feature alone could save a developer a significant amount of time and effort and possibly prevent a headache or two.

According to some sources, this could wind up being significant for entertainment and games development. Besides being a Unified Windows Store, the new Store will provide infrastructure for mods and other community-based activities, like lobbies and forums.

This may mean that the Universal Windows Platform and its Unified Windows Store will be competing with Steam directly. For PC-gamers, Steam has become the de facto game delivery platform, but now it looks likes like there will be deep-pocket competition.

Microsoft may have to do everything in its power to make the user experience for gamers better than the competition’s. However, analysts say that if the company can’t accomplish this with the Windows Universal Platform’s delivery capabilities, developers and gamers are not going to change their buying habits, and the Microsoft Store will suffer, making this a tough strategy to implement.