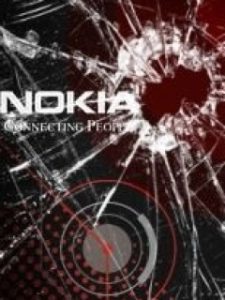 Microsoft announced today another step in their retreat from the mobile phone business by cutting another 1,850 jobs in their phone operations at Nokia. Most of the jobs being eliminated affect employees in Finland, where Nokia’s base of operations is located.

Microsoft purchased Nokia’s phone operations in 2014, but has had trouble competing in the smartphone arena with their Windows-based OS. Apple and companies running Google’s Android software currently dominate the smartphone market.

Last week Microsoft announced the sale of the Nokia-branded feature phone division to FIH Mobile, a division of Foxconn, and HMD, a newly established company based in Finland. The two companies say they will be working together to create Nokia-branded devices, including smartphones. According to reliable sources, Nokia will be providing brand and patent licensing to HMD, and will take a seat on the board of directors of the company. The deal is expected to close in June 2016 and it’s expected that Nokia-branded phones will be showing up in the market shortly thereafter using Google’s Android OS.

Along with the sale of its feature phone business, the company is also writing off $950 million. The job eliminations are in addition to the 4,500 job cuts that were announced last week.

It was just a year ago when Microsoft announced a $7.5 billion write-down that was tied to the Nokia deal. The acquisition’s quick failure proved how hard it can be for even a technology giant the size of Microsoft to go up against the Apple’s iPhone and the many different devices running Google’s Android software.

Even though Nokia at one time was a dominant force in the phone business, its star was already on the wane when Microsoft moved in. Phones running Microsoft’s software today account for only a tiny fraction of the overall market.

Microsoft Chief Executive Satya Nadella commented in a statement, “We are focusing our phone efforts where we have differentiation — with enterprises that value security, manageability and our Continuum capability, and consumers who value the same.We will continue to innovate across devices and on our cloud services across all mobile platforms.”