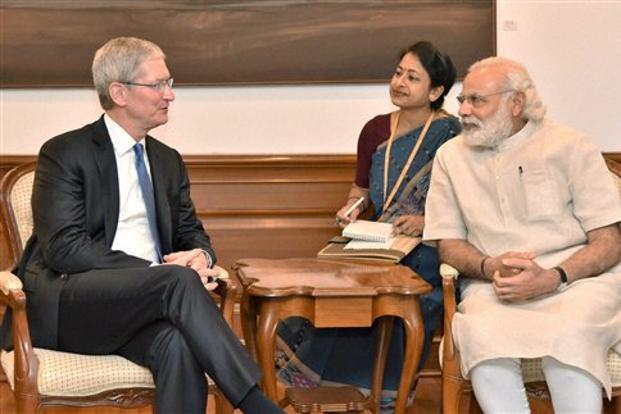 Apple wants to expand its retail presence in India, one of the world’s fastest-growing smartphone markets, at a time when sales in the United States and China have slowed. A change in legislation last year exempted foreign retailers selling high-tech goods from the rule, which states 30 percent of the value of goods sold in the store should be made in India.

However, Apple’s products were not considered to be in this category, said the official, who has direct knowledge of the matter. “They did ask for a waiver but didn’t provide any material on record to justify it. The decision was taken only after a thorough examination of their application,” the source said. The waiver is available only for investment in “state of the art” or “cutting-edge technology”, he added.

“The government’s decision will have a pretty profound effect on Apple,” said Neil Shah, research director at Counterpoint Research. “The company typically likes to control every piece of the iPhone value chain right from sourcing components to the point of sale. Having complete control has been key to its strategy.”

“Apple has to continue retailing in India through a variety of avenues like premium resellers, online retailers and multi-brand stores,” said Shah. “The multi-brand stores, for example, can steer customers away from costly iPhones to less expensive but high-margin brands.”

Cook has compared India to China a decade ago in its growth potential. While Apple only ships about 2 percent of the phones in the country, iPhone sales surged 56 percent in the March quarter.

The decision is a setback for the company and comes just days after a four-day trip to India by Apple Chief Executive Tim Cook who met Indian Prime Minister Narendra Modi last Saturday. The trip was supposed set the stage for Apple’s expansion plans.

Sources have said Apple planned to open at least three stores in India by the end of 2017.

Apple has a New Strategy in India, Revives iPhone 6 to Boost Domestic Sales