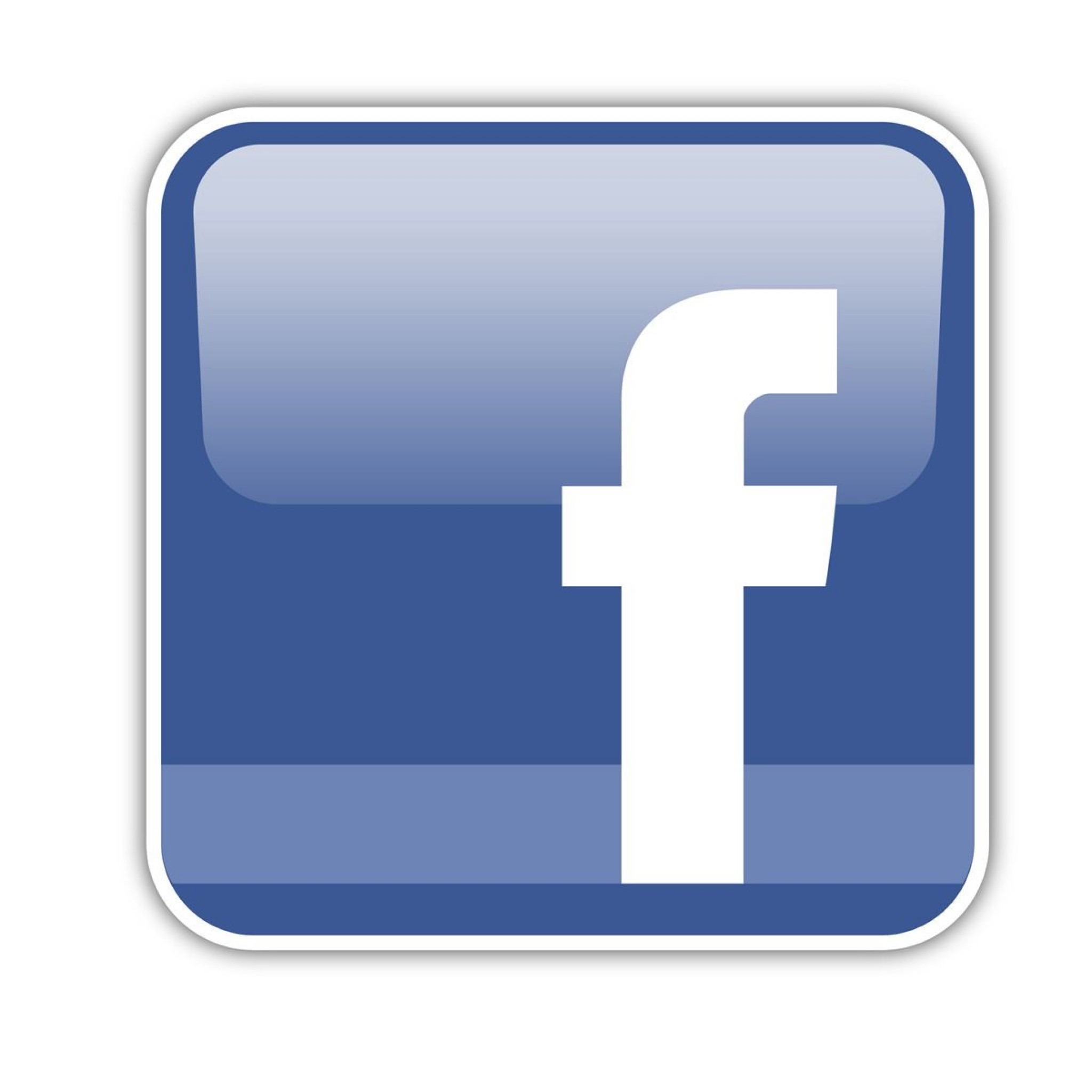 If you speak to any online advertiser with even a couple of years of experience under his or her belt, they’ll tell you that Facebook is one of the most cost-effective mediums to advertise in. According to data from Salesforce, Facebook charges around $3.70 per thousand impressions – also known in digital marketing parlance as CPM (Cost Per Mille – or Cost Per Thousand).

Basically, at that CPM, your ad gets displayed to 1,000 people for $3.70. Of course, since that’s an average, specific campaigns can set you back upwards of $15 per thousand impressions.

Even with CPMs that high, when you compare it with niche advertising spaces it seems extremely cheap.

Why, then, are CPMs much lower for Facebook? Good question.

The answer is in the quality of visitors. Facebook’s audience is pretty horizontal in that it covers people of all types, tastes and preferences. It possibly has half the world in it, and that poses a segmentation challenge.

In my experience consulting several businesses on online advertising, I’ve found this to be the case. One cosmetics company with a monthly ad budget of $10,000, for example, would gladly do a CPM of $3.7 because it will expose their product to 2.7 million people. On the other hand, a more discerning company in the same segment may only choose to advertise in sites that are relevant to cosmetics users. If they choose the second option, the CPM increases in proportion to the quality of the audience because of the effective targeting it affords.

That’s why the CPM for specialized sites are likely to be much higher than Facebook’s. They are niche spaces that only attracts people eager to educate themselves on stocks, to fine-tuning their investment strategies and to have engaging discussions with others seeking the same thing.

Therefore, an advertiser that sells business tools or analytics tools, for example, would be willing to pay a premium for access to such an audience. In fact, any company that has a product match with a niche site’s filtered audience will outbid others for prime real estate space on that site.

Flip that around and you’ll see why Facebook can’t charge its advertisers that kind of premium. So, targeting is the real game-changer here.

In one word, SCALE. Scale is Facebook’s biggest advantage over most other websites and applications – just like Google’s scale makes it the perfect platform to target audiences based on their internet usage habits.

The millions of people you can reach on a low budget is what makes platforms like AdWords and Facebook Ads an attractive deal for businesses that don’t have millions of dollars in advertising budgets.

In my career, I’ve worked with several global companies that had huge budgets for traditional above-the-line advertising channels (ATL – which essentially includes all mass-reach media such as television, radio, print publications and, now, online advertising as well) and used them effectively. I’ve also worked with startups that had limited resources but used online spending to maximum advantage.

So on the one hand, scale is an effective way for players like Facebook to help put businesses in front of millions of people who would have otherwise been prohibitively expensive to reach. On the other hand, there is a trend that is creeping into the world of advertising, and Facebook has only recently found that sweet spot to keep themselves in demand when it comes to online advertisers – and that’s a well-known thing called VIDEO.

Video advertising is generally more expensive than the regular display advertising, and there are several reasons for it. User engagement and the resultant click through rate (the percentage of people who click on an advertisement) is just one of them.

In the world of digital advertising, there is an entire universe called PPC, or pay-per-click advertising. Facebook primarily uses the CPM method, which depends on people seeing the ad. PPC, however, is dependent on engagement – and video is Facebook’s backdoor entry into the highly competitive PPC domain that is practically dominated by Google AdSense and its third-party ad networks.

It’s important to remember that for any type of advertising, the more the ad clicks, the more revenue the company makes. This is called the Click-Through-Rate or CTR. Certain types of content have higher CTRs than others. As an example, for a carmaker, selling an SUV is more profitable than selling a hatchback.

And that’s where video content plays a huge role in Facebook’s strategy because it is like that SUV. Here’s a look at CTRs for various types of content:

Note that the CTR average for in-steam video ads are much higher than any other type of ad format. In-stream are the ads you see while you’re watching a video on YouTube or elsewhere, and has become one of the standard methods of online video advertising. If you notice, you’ll see that some of them are actually non-skippable – meaning, you can’t skip the ad and continue to the next part of your video.

The other thing to keep in mind is that video ads have tremendous reach with respect to mobile audiences. The hunger for data consumption has led mobile carriers to offer deeper and deeper discounts; Sprint, for example, is currently running an offer that saves new users up to 50% of their data charges if they switch from their existing service.

As you know, video streaming is one of the more data-intensive online activities, so the cheaper rates get, the better it is for video advertisers. And that’s not just a U.S. phenomenon; data rates are getting cheaper in countries like India as well, where mobile data consumption is among the highest in the world.

And this is the estimate moving forward:

All of this data points to a great “shift” to mobile. Desktops are slowly being relegated to niche areas where mobility is not required because laptops are becoming more powerful; tablets are, in several scenarios, preferred over laptops because of improved memory and processing capabilities; and smartphones are ever evolving to cater to the needs of a data-hungry, graphics-conscious and speed-aware world. Everything is moving to “right now, right here” – and that’s all the cue mobile devices need to become better, faster and cheaper.

Validation from Facebook’s Biggest Competitor in the Video Segment

No article on video advertising would be complete without a look at YouTube – the platform that made it all happen. YouTube was the pioneer of user generated video content that was shareable with the world, and they’ve learned a lot since they first made their appearance.

This is what they’ve found to be the core considerations for the success of video ads:

YouTube’s viewability on mobiles and tablets is as high as 94% against a combined competitors’ average of only 54%. That means there’s a 94% chance that a user clicking on a video in YouTube is also going to see the in-stream ads associated with that video.

If you’ve ever used YouTube, you’ll know that you can skip most ads after about 4 seconds. Not all of them, though; after skipping a certain number of ads, the next one will have to run its course of 30 seconds or whatever before your video resumes. And it’s this feature that makes video ads much more non-intrusive than ugly pop-ups, frustrating pop-unders and truly offensive in-the-face flash banners.

That’s the new trend in video advertising and, as Google and YouTube have proven, is about as non-intrusive as it will get.

As for Facebook, they’re still experimenting with various monetization options for video advertising. They recently started testing their video feed, which offers a variety of options such as picture-in-picture the way Tumblr has implemented just last year, and the ability to save videos to watch later. They’re also experimenting with inserting advertiser videos within the video feeds, and claim to be “pleased with the initial results” of these multiple tests.

These recent tests are additions to a slew of tests that include 360 degree video support for the Oculus Rift, a web-embeddable video player similar to YouTube’s, as well as tools for live video broadcasting.

Here’s killing two birds with one stone. I’ve embedded a video of Zuckerberg explaining how to use Masquerade’s functionality:

All of these are aligned to make Facebook the next big competitor to YouTube – and go beyond the experience and flexibility that the latter currently provides.

Indications are strong that Facebook’s core monetization will be around videos in the next few years. The parent platform has already reached maturity, additional platforms are being continually added to complement Facebook’s own capabilities, and international markets dictate that nearly nine times the user base is required to generate revenues similar to North America. That’s the reason Facebook has been adding to its user base via Instagram (400 million) and WhatsApp (1 billion).

Video is the future of Facebook, and video monetization is the future of their market. They have the ability to threaten YouTube’s position, and Zuckerberg is not going to let this opportunity slip by.

The challenges are certainly there – YouTube has the advantage right now of a much larger base of creators of pro content. Facebook has to build that over time, nurturing content creators, giving them the ability to earn more than YouTube can provide, and gradually building that community.

Their advantages are their user base, and the fact that Alphabet doesn’t have the head start of a dedicated social media application – something that’s starting to hurt them and will continue to allow Facebook and other social players to chip away at their user base.