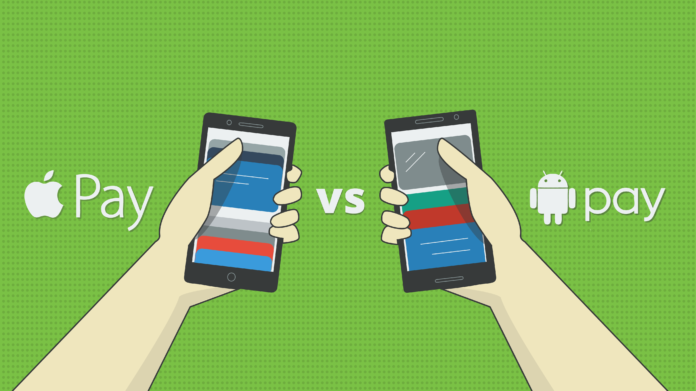 Apple Pay has the most number of users compared to rivals Android Pay and Samsung Pay, but it is obvious that the latter two are growing much faster than Apple’s version. Will Apple Pay’s user base lead vanish over time? More importantly, is that the right question to ask? Let’s explore this in a little more detail.

Google and Samsung launched their respective wallet app services nearly a year after Apple did, and their user bases are already half of what Apple currently has. Obviously, that could mean that they’ve grown faster than Apple Pay, but it does not mean they’ll take the lead in every sense. 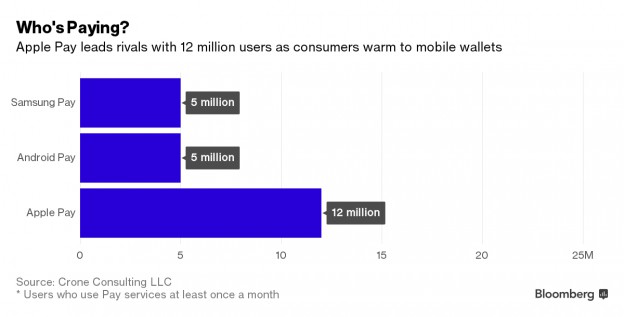 The challenge here for the other two players is that Apple still controls the upper end of the smartphone market across the world. Essentially, that means the service will continue to be more profitable that the competition simply because it caters to a higher income group that has more disposable income than them; therefore, that group tends to spend more money online than Android users.

That’s an assumption at this point, of course, but let’s see if we can validate that from another angle that involves historical data on users of Android versus iOS devices.

How Android and iOS are Positioned in the Marketplace

The first clue to validating that comes from market share. In terms of share of market, one could argue that Google’s Android devices (and Samsung’s Android devices as a subset of that market) hold sway over the smartphone market. 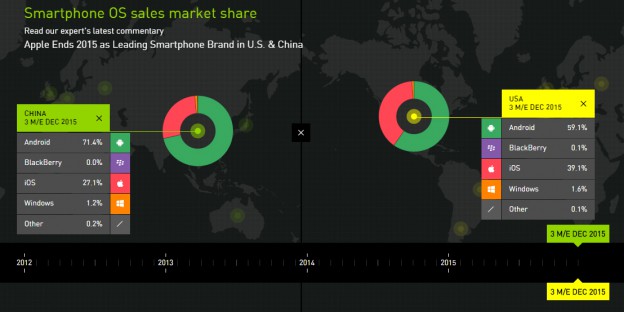 But that’s just half the equation. The real question is: who is making the most money? To answer that question, we need to look at app revenues for both Google and Apple.

So, TechCrunch reports that Apple is still making more money than Google despite the fact that Android has a bigger market share than the former. That’s an interesting point to be at, because it validates our original assumption: that Apple users tend to spend more online than Android users – and here’s even more proof of that.

According to the 2015 Black Friday report published by IBM, the average order value for an Apple user was about 17% higher than that of an Android user. Additionally, iOS users trumped Android users in the percentage of online traffic during the famous shopping period, with iOS at nearly 40% and Android struggling to get past 17%. 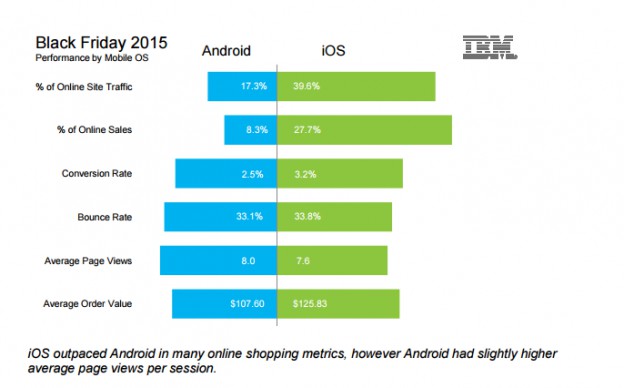 Now, it’s simply a question of extending that assumption to Apple Pay. The fact that Apple Pay users will be spending more money than Android Pay or Samsung Pay is a given, and that’s where the gap starts to appear in the market segmentation.

The biggest mistake that analysts make is to assume that Apple and Android (including Samsung) are after the same market. The evidence clearly points in the opposite direction: that each OS/device manufacturer has organically picked its own market segment based on the all-important price factor, which is shown below. 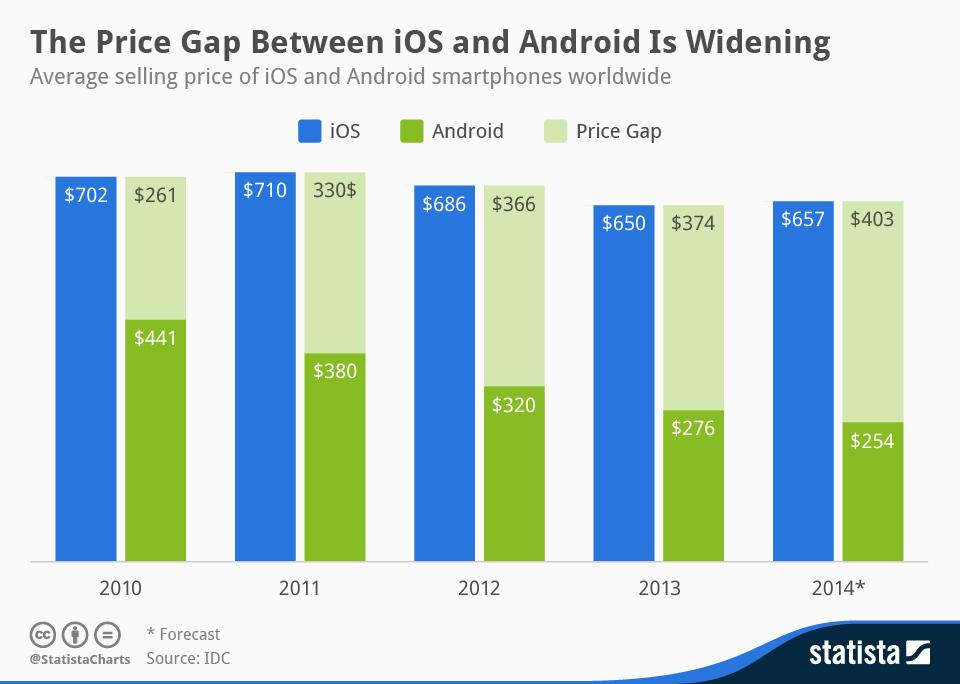 And that’s where the gap I mentioned starts to widen into a chasm. Of course, Android is also offered in high-end devices like the HTC One M8 that retails for $795 or the LG G3 at $770, but the bulk of Android phones are more affordably priced – a key, in fact, to their mass proliferation around the world.

In the Final Analysis…

So this is where I think the mobile wallet ecosystem is headed: Apple Pay is going the way of iOS apps – lower penetration and market share, but higher per-user revenue; on the other side is Android and manufacturers like Samsung, catering to a much wider range of users, but ultimately pandering to the needs of the masses.

Even if, within the next year, Samsung Pay and Android Pay manage to overtake Apple Pay’s subscriber base, their overall revenues will continue to be a fraction of the latter’s – just like Apple’s market share and penetration will always be a fraction of Android’s.

The gap that I’ve shown will always be there, and it will only widen with time. As long as Apple continues to cater to the premium segment of smartphone and smart device users versus the mass market that Android appeals to, this will remain true.

And there’s nothing wrong with that as far as the creators of either operating system are concerned; both are making money hand over fist and are considered two of the most valuable companies in the world. What needs to be kept in mind, though, is the fact that this chasm is what will define the future of Apple Pay versus Android and Samsung Pay or any other mobile wallet system.

As a follower of either Apple, Google or Samsung, you need to keep your eyes peeled for changes in these two metrics – user base and average revenue per user. Google and Samsung own the first, while Apple is exceedingly happy in second place.