Hot on the heels of the still-smoking $26 billion dollar acquisition of LinkedIn, Microsoft has done it again. This time, it’s messaging app developer Wand Labs. Unlike the highly publicized LinkedIn deal, this buyout was a quiet affair, but a highly potent one. 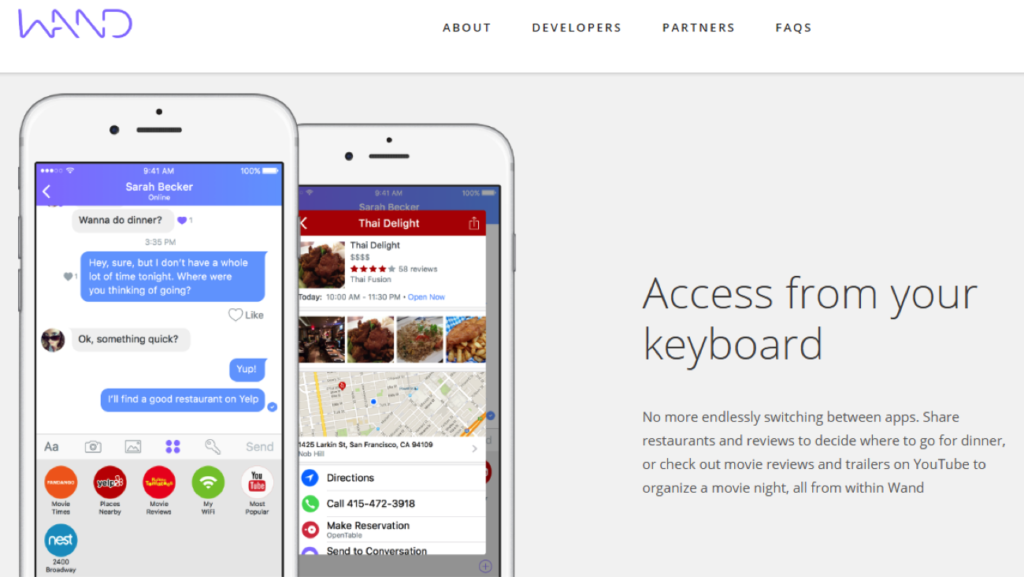 At the Microsoft Build 2016 keynote, CEO Satya Nadella spent a great deal of time talking about “Conversations”, and how it is evolving as a platform. He highlighted the company’s plans to unleash a bot-filled world, and how natural language processing and artificial intelligence can change the way we do even simple things, like ordering a pizza or booking a hotel room – all through conversations with bots.

To put that in perspective, Wand Labs’ technology sits squarely in that area. For now, even though it is unclear how far the company has gone down that road and how practical their applications are, they will now join Cortana and the rest of the Microsoft bot family to take things to the next level.

From the Microsoft Press Release:

“Wand Labs’ technology and talent will strengthen our position in the emerging era of conversational intelligence, where we bring together the power of human language with advanced machine intelligence — connecting people to knowledge, information, services and other people in more relevant and natural ways. It builds on and extends the power of the Bing, Microsoft Azure, Office 365 and Windows platforms to empower developers everywhere.”

Bots are increasingly becoming more intelligent, more aware and more capable. Amazon Echo’s Alexa, for example, is now getting “tuned up” to be able to identify stress levels and other emotions in the voice so it can apologize for not understanding commands. IBM is already using Tone Analyzer to break down text-based input and identify the emotions and cultural context of the content; the next logical step is the spoken word.

It will be several years before we start having meaningful conversations with genuinely intelligent creatures of the inanimate kind, but it’s clear that today’s largest tech companies are thinking about a lot more than just ordering pizza.

When AI Achieves “Consciousness”, What Will Become of the Human Race?