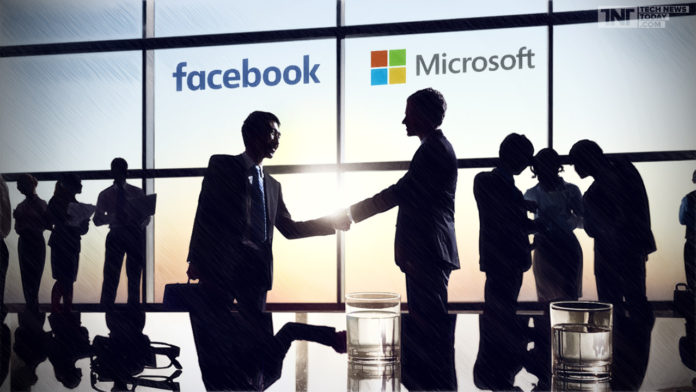 In a coup of sorts, Microsoft has bagged one of the world’s biggest clients in the world for their Office 365 productivity suite – Facebook.

In a gushing account written by Facebook’s Chief Information Officer (CIO) Tim Campos on Microsoft’s blog, he talks about why Microsoft’s products are best suited for his company’s needs, and how the Office 365 offerings have the right balance of collaboration capabilities and security.

Of note is the fact that Facebook will not be using Skype for Business as part of the deal. Facebook Messenger recently launched its video calling capabilities, and it is assumed that they will be handling that part of collaboration internally.

One of the biggest validations for Microsoft is that a tech major like Facebook considers their cloud environment to be secure enough to handle sensitive company information that goes back and forth between its employees.

Today, Microsoft’s Office 365 is the world’s most popular Software-as-a-Service. They got there in a little under two years, beating out Salesforce.com, Box and Google Apps to become the top global SaaS offering.

This new relationship isn’t merely about a client-vendor relationship. It’s an extension of what I’ve been talking about with regard to partnerships between large companies. Whether it’s IBM or Microsoft teaming up with AT&T for their Internet of Things initiative or Facebook working with IBM on marketing analytics using Watson, these tie-ups are becoming the flavor of the day. Or the decade, rather.

Such partnerships show that corporations of today aren’t the reclusive, aloof, blue-suited, red-tied organizations of yesterday. Today’s large-cap company is aware of synergies outside the scope of its own capabilities, and is willing to open up to other companies who are just as big, or bigger.

The value that these relationships bring is tremendous because it validates services like Office 365, Bluemix, Azure, EC2, SoftLayer and so on for the majority of consumers who are essentially individuals and small businesses with 10 or fewer people working for them.

The more significant implication is the validation of the cloud industry itself. At a time when corporations are slowly shedding their fear of security issues with cloud environments, validations such as these – like the recent FedRAMP highest-impact certification for Microsoft Azure and Amazon’s AWS – are sending the message that the cloud is indeed a secure place for your data. Irrespective of whether that’s just your family holiday snapshots uploaded to Facebook, or sensitive company data that could severely impact your business if compromised, cloud does offer the highest levels of data security for any requirement.

Let’s hope we see more of these partnerships blooming over the next few months. Perhaps, then, we can get to see even more validation for new technologies like cloud, IoT, virtual reality and the like.