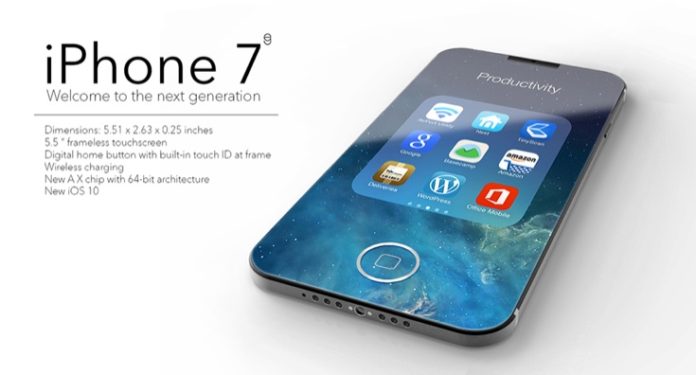 Apple seems to be losing its “wow” edge with the new iPhone 7 that will run on iOS 10. With nothing else to use as a PR coup, Apple will likely focus on its camera, says Forbes author Ewan Spence.

The iPhone 7 is expected to come with a bigger camera aperture and lens that will allow users to capture images in greater detail, although the resolution might still be the same.

Apart from that, there will only be a few minor cosmetic changes to the new iPhone.

Apple appears to be getting low on ideas for their new phones. How far can they stretch the camera angle? Two cameras, perhaps? How many cosmetic changes can they make before buyers realize it’s the end of the line? How many different screen sizes can they try for their iPads, for that matter?

The whole appeal of buying an iPhone is that it’s exclusive, it’s chic and it’s got some really cool features. They still have the first two, to a certain degree, but they’re losing steam on the last one.

The point is, the gap between the average iPhone and a premium Samsung is closing fast. True, Apple has its loyal users who will continue to buy the brand because of just that – the brand; however, sooner or later Apple has to think out of the box and do something completely dramatic with the iPhone. And that’s when the trouble will start.

With the number of new smartphone makers on the market, countries like China and India – where the real growth opportunity is for Apple – are flooded with iPhone lookalikes and perform-alikes. The brand and pricing is the only thing that’s keeping them afloat at this point.

Apple Watch wasn’t that big of a hit either, and it’s not surprising. But it’s given rise to an entire market of wearable tech that’s thriving despite disappointing sales for the Apple Watch – even though FitBit holds the pole position as of now.

Right now, Apple is literally hanging by their brand image. Can that last forever? I think not. That’s exactly why Apple is pushing its other initiatives in a big way, with the biggest of those being Apple Pay.

By entering into mobile payment systems, Apple is hedging its bets on smart devices. The mobile payment industry is worth hundreds of billions of dollars, and PayPal sits on top of that pile at the moment. If Apple can significantly grow its revenues from this segment, they will have an alternate revenue stream that can provide long-term support for a declining device market.

At this point, the company better be looking at new ways to generate revenues. There’s just too much at stake for them to be lax and think that the iPhone will last forever.

MAJOR UPDATE: Since writing this article on August 22, there has been a big development. iPhone 7 has launched! Please read our most recent article reviewing the new iPhone 7 and iPhone 7 Plus, linked below.

Apple iPhone 7 and iPhone 7 Plus Review: What’s the Buzz Tell Me What’s a-Happening

Please Like our page on Facebook. Please bookmark our site for more insightful articles on current and future technologies that are changing our lives.