In a definitive “world’s first” achievement, Maryland-based electric vehicle (EV) manufacturer Local Motors teams up with IBM Watson Internet of Things to offer a first of its kind experience to residents of National Harbor, MD. 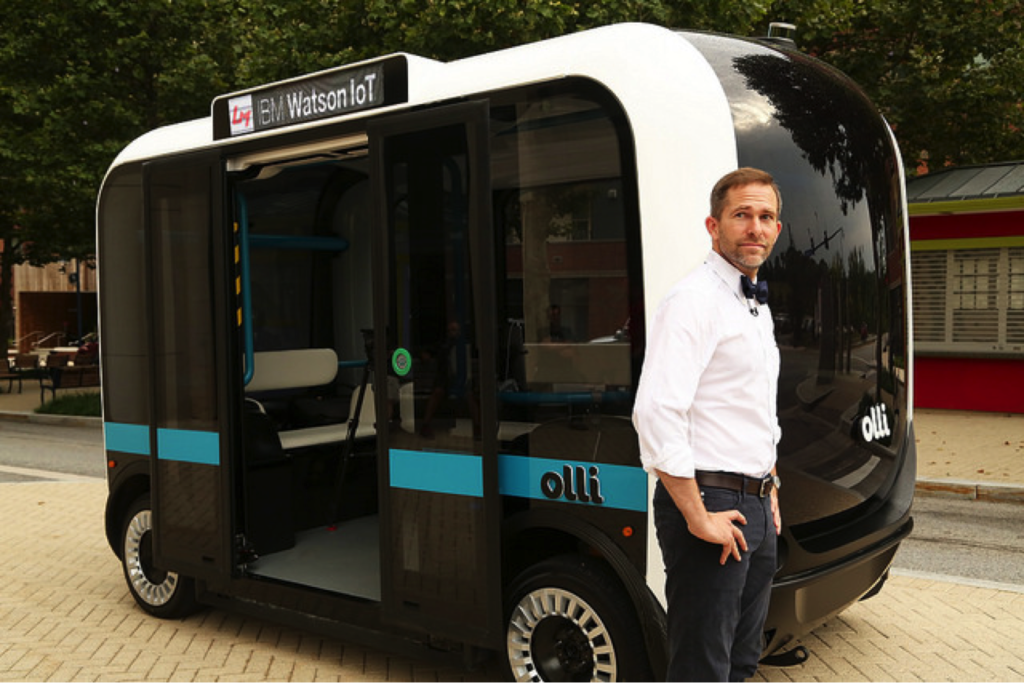 Dubbed Olli, the vehicle is the first EV – or any kind of vehicle, for that matter – that has Watson doing the thinking behind the wheel. Embedded with 30 sensors that give it road-related data, Olli will also be able to answer questions from passengers about several aspects of the ride.

According to IBM, the technology uses four of Watson’s capabilities: speech to text, entity extraction, text to speech and natural language classification.

Simple? Hardly! Collecting the data is only part of the challenge. The hardest part is to process that information in real-time and get Olli to make driving decisions on a public road.

The service will be available for public use over the next few months in the city of National Harbor, but will be rolled out to Florida (Miami-Dade County) and Las Vegas shortly after.

According to the UK’s Department of Transport:

“Highly and fully automated vehicles are a natural progression from today’s automated safety technologies. They will be required to obey all road traffic laws and The Highway Code and are expected to substantially reduce collisions, deaths and injuries.”

In the United States, Nevada is a natural next choice for Olli’s introduction into city traffic; it was the first state to authorize the use of autonomous vehicles, in 2011. Other states including Florida, California, Michigan, North Dakota and Tennessee, as well as Washington D.C. allow different levels of autonomy.

Olli, however, will be the first fully operational electric vehicle that can operate without a driver inside city streets.

The implications of a driverless commuting vehicle operating on city roads are tremendous. Everyone from Google to Apple to Tesla to Ford has been trying to perfect this technology and make it safe enough for city use, but this initiative from Local Motors with IBM is possibly the first of its kind in any city in the United States.