Home Disruptors Volkswagen Wakes Up to an Electric Future, 30 Models by 2025 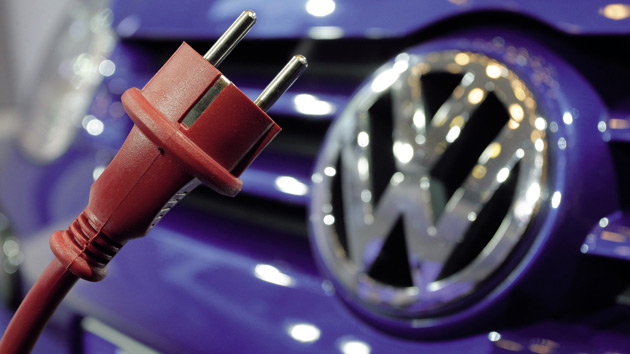 German carmaker Volkswagen has finally woken up to the “green revolution” furiously building up around it, and has once again made a firm commitment to pursuing its eco-friendly agenda.

In a BBC report this June, Volkswagen CEO Matthias Mueller said that he hopes that 20-25% of the company’s annual sales revenues would come from all-electric cars by 2025.

The plan is to create a line of no less than 30 pure EV (electric vehicles) involving an investment to the tune of two-digit billions of euros. Mueller also said that the funding would come from cuts in administrative and sales spending.

Volkswagen’s renewed focus on the EV market is not incongruent with what’s happening at the back end. Europe’s largest carmaker has been suffering from lackluster sales against a backdrop of impressive performance from peer brands, and the entire “dieselgate” episode has left them with a tainted brand with a declining overall sales volume.

“Global deliveries of Volkswagen’s (VW) biggest autos division declined 2.7%, the 16th drop in the past 18 months, extending the fall in first-quarter sales to 1.3% or 1.46 million cars”

The race to EV dominance has already started without Volkswagen. Tesla Motors has taken the lead position, with GM all set to deliver the new Bolt next year and Mercedes announcing the production of its fuel-cell EV hybrid, the GLC F-Cell, earlier this week.

VW’s ambitious plans to roll out 30 EVs in the next 10 years may not be too far off the mark. Mueller has already said that every division from every business will participate in this drive, so now the question is: how many heads will roll in an attempt to squeeze money from every one of its businesses?

The race to EV supremacy is hotting up as Tesla readies the Model 3 for global distribution over the next 12 months. If they do manage to meet their shortened deadline, it will be the first mass-produced electric vehicle from Tesla Motors – and one step closer to CEO Elon Musk’s dream of shipping out a million cars a year.

With Volkswagen now committed to their goal, will this put additional pressure on Tesla, Nissan, GM and other EV players to deliver faster and better?

VW CEO Herbert Diess: Cost of bringing electric cars to market, will be higher than expected