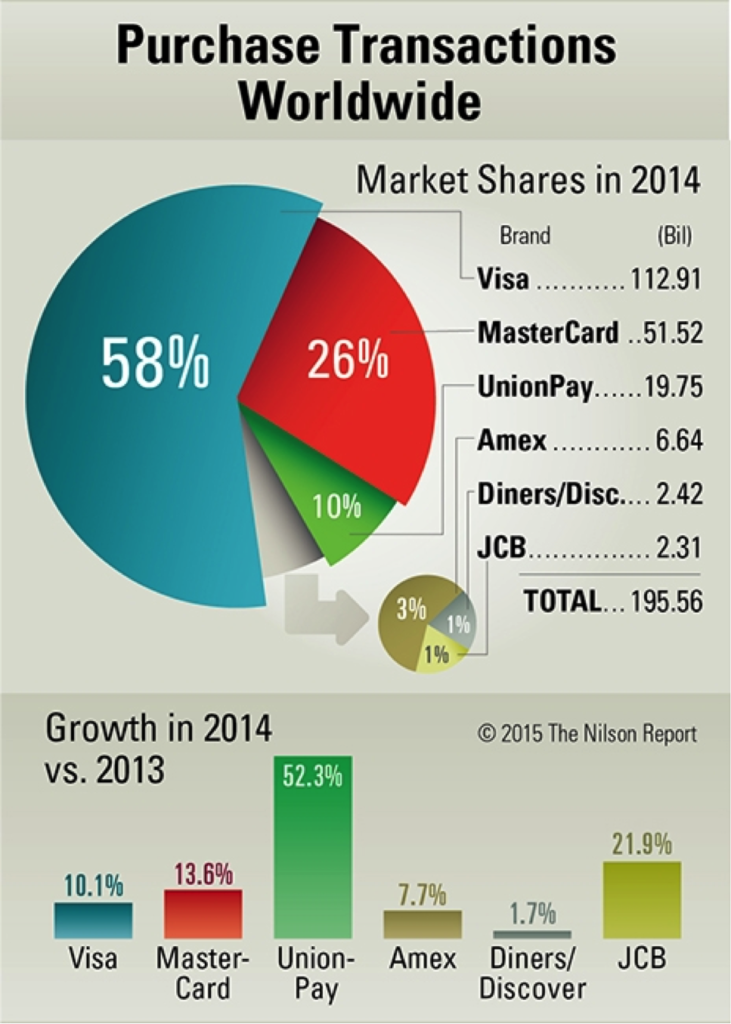 Visa’s dominant position in the credit card market seems to have made little impression on decision-makers at Wal-Mart. For now, the decision is being restricted to Canada, but has the potential to permanently disrupt the relationship between two companies that are at the top of their respective industry segments.

What is the reality of Visa’s fees, one could ask at this point.

But MasterCard also offers lower rates to large retailers — as low as 1.26 per cent for those that have a minimum “net purchase volume” of $3 billion.”

In general, payment networks such as Visa and Mastercard do negotiate different rates with large merchants such as Wal-Mart. Though it’s unclear how low Wal-Mart wanted Visa to go and what Visa was ready to accept, it’s clear that things have finally come to a head. For now, thankfully, the issue hasn’t spilled over South of the Canadian border.

The issue between Wal-Mart and Visa is not a new conflict. Even in the United States, the two corporations have been at loggerheads. Wal-Mart sued Visa for refusing to accept PIN-based transactions because the latter preferred to use chip cards that only require signatures to be verified.

Excerpt from the Reuters report on the lawsuit:

“Wal-Mart also said it pays Visa more for signature-based transactions rather than those made using PINs, according to the lawsuit.”

Whichever way you look at the issue, it’s amply clear that both companies are fighting to save a few bucks. For Wal-Mart, margins are tight, and the world’s largest retailer’s revenues have been declining for quite some time, with recovery nowhere in sight.

To put things in perspective, Wal-Mart made $483.208 billion in revenues over the past twelve months, with an operating margin of 4.9% for the period. Assuming that the savings in transaction fee works out to 0.1%, that’s worth $483.208 million to Wal-Mart.

Worth fighting for, in my opinion!