In January of this year, Samsung revealed the Family Hub Refrigerator, which sported a stunning 21.5-inch 1080p touch screen in front that acts as an interface to access Amazon’s Alexa, the virtual assistant found on Amazon Echo products. Hot on the heels of Samsung’s revelation – well, about 9 months later, actually – Microsoft has now announced a partnership with Swiss equipment manufacturer Liebherr’s appliances division to develop a smart fridge using Cortana, their own virtual assistant that you can find on most new Windows PCs, laptops and – should I say it – Windows 10 Lumia smartphones.

Microsoft’s new project with Liebherr features a 27-inch screen that you can use to interact with the fridge intelligently. But that’s not all. While the Alexa capability on the Samsung is restricted to being a virtual assistant, it does little else. The Samsung part of the fridge, however, can tell you what’s inside the fridge using the Samsung app available on Android and iOS. It does this with three embedded cameras inside the fridge that take photos whenever you open and close the door, and you can view these photos on the app.

In the new Liebherr models powered by Cortana, however, they are using the Microsoft Cognitive Services Computer Vision API to let the computer not only capture images of the foods inside, but also recognize them and make a list for you. Again, this will be visible on an app that you would download to your iPhone, iPad or Android device.

Here’s a look at both refrigerators. The first one is the Samsung with Amazon’s Alexa, and the second is the Liebherr with Cortana. 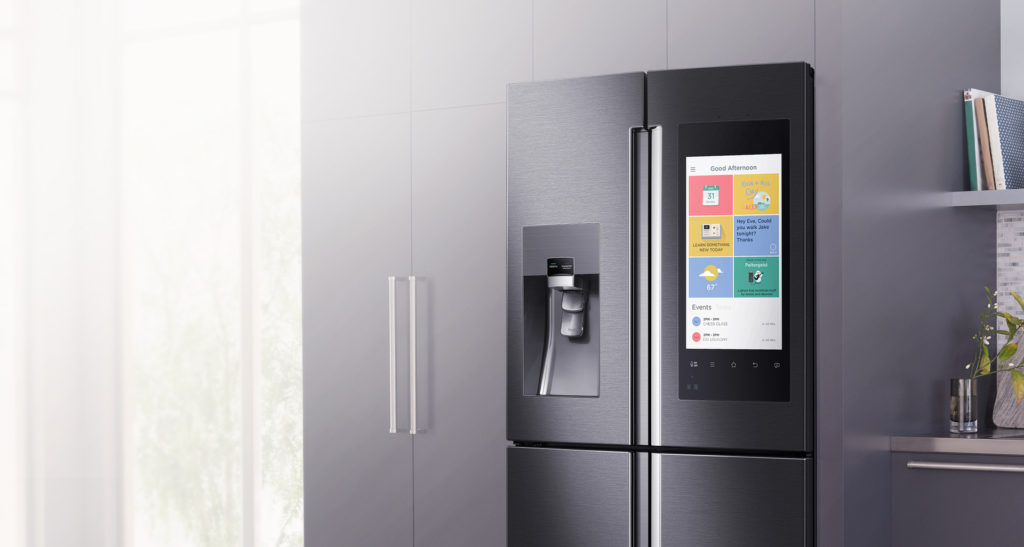 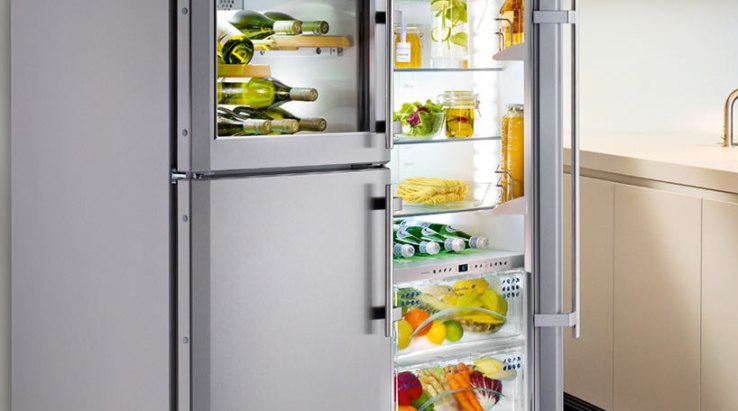 Although both refrigerators look pretty similar on the outside, Microsoft and Liebherr are bringing their deep learning capabilities to home appliances, the first of which is this experimental fridge that doesn’t yet have a release date.

Microsoft is also working with LG Electronics to put Windows 10 on their fridges, which will have the exact same dimensions for the touchscreen as the Liebherr model, but with its own limitations. It’s not clear how much AI functionality the fridge will eventually possess, but it’s likely that many of the features will overlap what the Liebherr model can do. 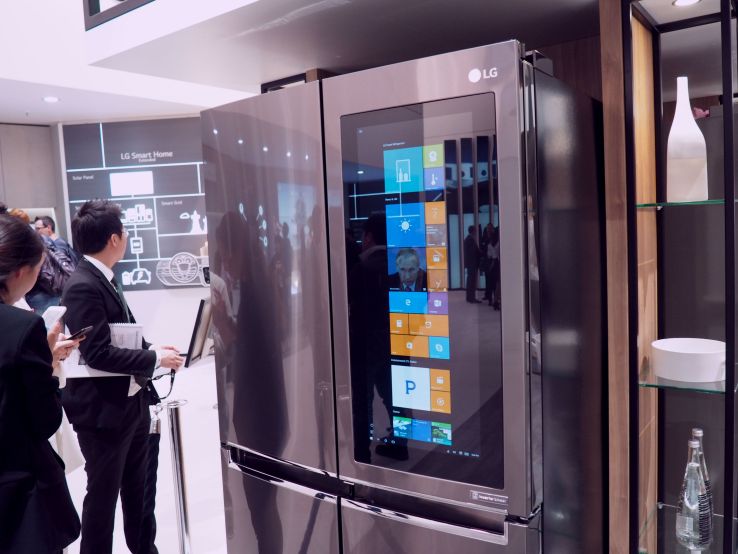 Smart Appliances of the Future

The best part about these projects is not how clever they are at being your grocery assistants, but how they can feature heavily in the Internet of Things scheme of things. By connecting your appliance with millions of other, similar appliances around the country, the manufacturer will receive invaluable data about the product’s usage, power consumption, performance issues and other anomalies that they can then act on.

In future, your fridge may be able to summon a technician on its own if something isn’t working right. It’s very similar to what IBM and Whirlpool are trying to do, something I’ve covered in my earlier article on the Internet of Things – featured below.

What is the Internet of Things and Why Do You Need to Know?

Internet of Things, artificial intelligence and cloud computing are closely related. because they rely on each other in a symbiotic manner. While the IoT component does the data capture and data transfer, artificial intelligence will help interpret that data and give the user some very valuable, actionable information on the data. Cloud, meanwhile, will help not only in storing that data and all that information, but also making it accessible via the Internet using secure methods.

Right now we’re only scratching the surface of smart appliances and other consumer products. A few years from now all our appliances will be able to “talk” to each other as well as our cars and even our homes. Imagine a nice hot bath waiting for you as soon as you walk in the door. And you live alone!

The biggest change we’ll see is that these artificial intelligence entities will work as a team to make our lives easier. The more automation we have around us, the more time we will have to spend on truly productive things like focusing on our jobs or spending time with family.