German luxury carmaker Daimler AG has recently announced its intention to roll out no less than six models of electric vehicles (EVs) between 2018 and 2024. Volkswagen announced earlier this year that they will have 30 EV models out by 2025, BMW is already gearing up for some major EV action by 2021 and Daimler is now the newest entrant into the EV race for supremacy.

The current dominator in this space is, of course, Palo Alto-based Tesla Motors, which is currently working on what is likely to be their most popular car ever – the $35,000 Model 3 that around 400,000 people around the world have already booked. 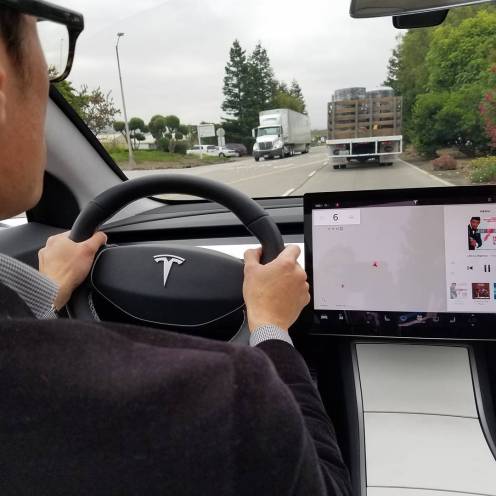 As Tesla keeps pushing the boundaries of performance on its cars, it is now forcing automakers all over the world re-think their strategies for the coming decade. Click Here to see the Model S P100D that does 0-60mph in 2.5 seconds.

Internal combustion engine (ICE) cars are still the largest segment in the automobile market, but nearly every car maker from Ford to Volvo is well aware that their days are numbered if they don’t respond to the EV phenomenon overtaking the world.

With stringent auto emission standards already in place in many parts of the globe, traditional ICE car manufacturers are now acknowledging what Tesla has known all along – that at some point in the future, the scales will tip over from an ICE-centric world to an EV-oriented one.

Daimler, the maker of Mercedes-Benz automobiles, is already in the game with the announcement of its fuel-cell hybrid, called the GLC F-Cell, a few weeks ago. This is a very significant step in EV evolution because the fuel-cell hybrid SUV will have a total range of 310 miles, just 5 miles less than the Model S with the extended battery pack with a range of 315 miles. However, the Mercedes hybrid will have a fuel cell engine as its main power source, and a 50 kilometer range on its battery pack.

It is likely that the GLC F-Cell is one of the six models that will be released starting 2018, but one inside source has suggested that Daimler may go up to nine different models. One of them could be the concept car that they will showcase at the Paris Auto Show 2016 that starts on October 1 this year – less than a month away. The feature photo for this article is an early preview of that car. Here’s that photo again:

The European auto market is bound by increasingly stringent emission laws, and Germany has the most number of car manufacturers. That’s the reason why German automakers have all started to aggressively push into the EV space so they can smoothly transition their respective market shares from ICE to EV products.

In a way, the entry of Tesla into the picture has given automakers around the world – including Ford and General Motors – much more of an incentive to move fast into the EV space.

That’s a major win for Tesla and greener cars if nothing else.