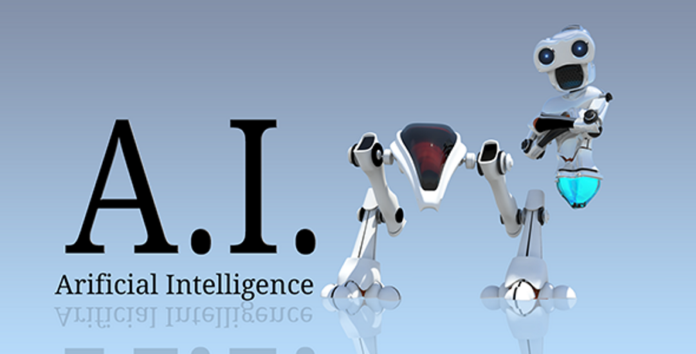 In 2014, Stanford University put together a panel of brilliant minds from academia and industry to do a One Hundred Year Study on the progress of artificial intelligence and how it will impact our daily lives. They have now reported their findings over the past two years. The report is bone dry and boring as heck, but here’s what we’ve been able to glean from the study as it applies to various areas that are relevant to us.

Self-driving cars are possibly the first things that come to mind, but artificial intelligence goes way beyond that. From package-and-pizza-delivering drones to interconnected automobiles to virtual assistants that can hail a cab, we seem to have made significant progress in this area.

As for fully autonomous driving, companies like Uber, Ford, Google, Tesla, BMW and many others all have some level of autonomous driving capability in either their current models or models that will be released in the next 5 years.

The Stanford report estimates that by 2030 the advancement in self-driving cars will merge with peer-to-peer car-sharing services and eliminate the need to own a car. The report also shows that this phenomenon will impact other areas such as where we choose to live. It is also likely to reduce the need for parking spaces in congested areas and may effect impact how public spaces are designed.

In the Home and At Work

Within our homes and offices, much of the impact of artificial intelligence will be on tasks such as cleaning, moving objects, controlling the environment, security management, resource utilization and so on.

There are already more than half a dozen startups working on cleaning robots, voice-based virtual assistants, automated security systems, smart home interfaces and many other areas.

Can Artificial Intelligence (AI) Really Do These Things?

By 2030, the sum effect of these initiatives will be a reduced need for human input as daily tasks are gradually taken over by hardware that can keep learning and improving their performance over time.

The impact of cloud-based technologies such as the Internet of Things will also hugely impact how various objects around our homes and offices interact with each other. The common goal of these initiatives seems to be greater efficiency, reduced human effort and a continual increase in the number of tasks that a robot can perform efficiently in these environments.

Much work has already been done by companies like IBM, Apple, Nike, Under Armour, FitBit and others in areas such as health monitoring, fitness assistance, diagnostics, medical and surgical assisting, etc.

Over the next 15 years Stanford sees the need for evolving privacy standards and patient record access limitations to enable physicians to better deliver on their healthcare capabilities.

The scope of artificial intelligence in the fields of medicine and life sciences is tremendous, but there are still challenges that need to be addressed. Over time, however, artificial intelligence will drive efficiency and accuracy in healthcare delivery. That means fewer tests, more accurate diagnoses, better treatments, more transparency and a reduced need for human intervention.

If you’ve read my previous article titled Can Artificial Intelligence and Deep Learning Replace your Doctor, I concluded by saying that artificial intelligence will merely become an “enabler” for medical professionals to be able to work more efficiency. Stanford’s report is of the same opinion, but extends that idea to say that there are still several regulatory challenges that are slowing down the process of evolution in this area.

Other Areas and Considerations

The report also showcases how artificial intelligence will make a huge impact in areas such as education, entertainment, public safety and security over the next 15 years leading into 2030.

The common thread of the report seems to be that artificial intelligence adoption by “self-interested” individuals and firms seem to be moving the fastest with respect to developing technologies, software and consumer products. Of course, that makes sense because bringing the commercial component into the equation will drive innovation at even greater speeds than merely depending on government or private funding for projects.

The quicker AI is able to bring products to the market, the quicker the research and development parts will start working. It is a self-feeding cycle that ultimately depends on two things – the availability of money for development and public interest in the commercial aspects of artificial intelligence. Large corporations aren’t doing charity by spending billions on developing analytics, cognitive capability and cloud-based technologies.

These “self-interested” groups are the ones actually moving things in AI, virtual reality, Internet of Things, mobility and so on. Without “enterprising enterprises”, we’d be back in 2001 depending only on GPS for our movement, or still pulling the car into the shoulder to answer a phone call.

But irrespective of who is developing these technologies, the success of artificial intelligence completely relies on how well it is received by the consumer – whether that’s you and I or the United States government or Boston Children’s Hospital is not the question. The real question is, are we willing to accept AI into our lives?