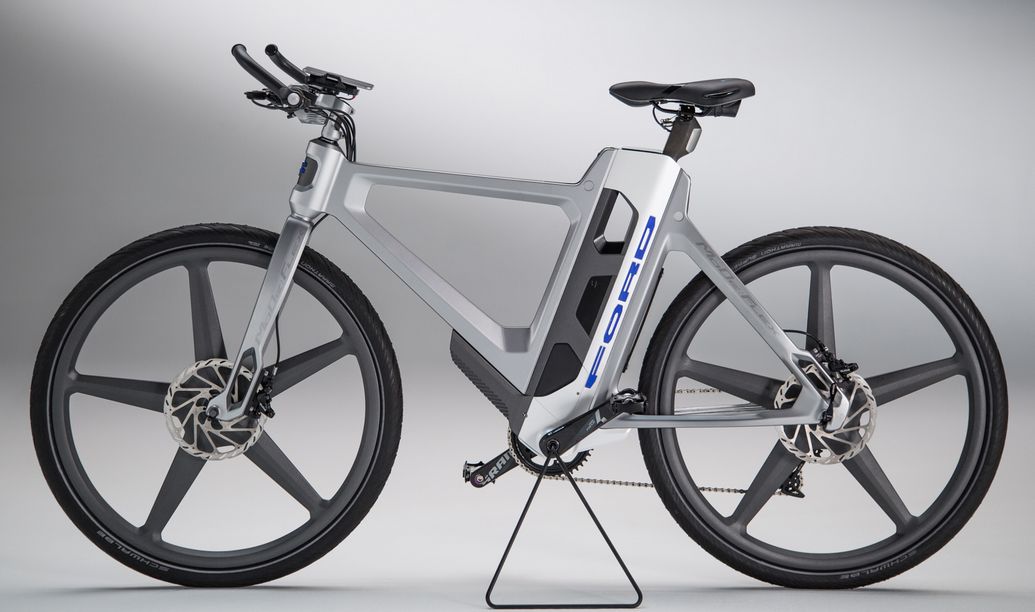 Battery-powered bicycles, or electric bikes, are all the rage – or at least that’s what some carmakers believe. Entering a new segment in electric vehicle technology, Ford and Volkswagen have independently designed their own versions of electric bikes, or e-bikes, and they’re foldable!

Now hang on a minute. This isn’t “new tech” by any means. Electric bicycles aren’t new. The first publicly known electric bike was patented in 1895 (nope, that’s not a typo) by a man called Ogden Bolton Jr. and drew power from a 10-volt battery.

Since then there have been dozens of patents and inventions to improve on the three-hundred-year-old bicycle concept and make it electric.

More recently, however, several companies have released their own versions of the electric bike, but the ones I’m showcasing here are all foldable models. Two are made by carmakers and the third is just too awesome not to cover. 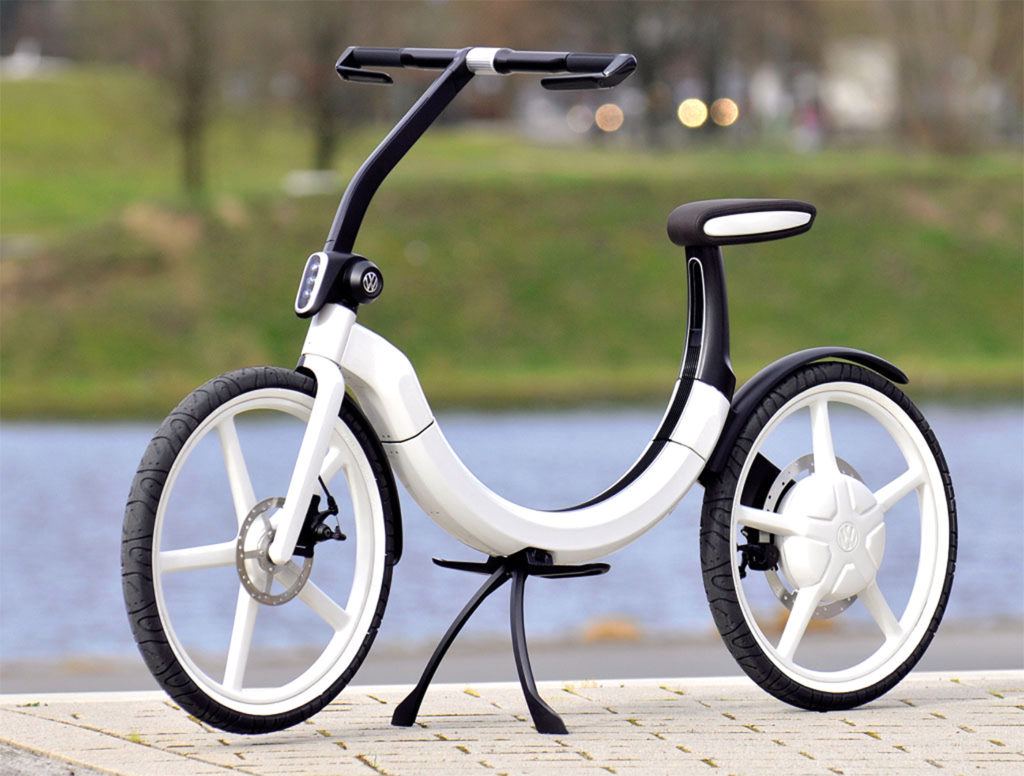 The bik.e was released in 2010. It’s a brilliant design that allows you to fold your bike and put it in the spare tyre compartment of your trunk. The bike has a range of 12.5 miles before it needs a re-charge, and the top speed is 12.5 mph, coincidentally. Of course, Volkswagen could have made it go faster, but in Germany, 12.5 mph is the maximum speed allowed for an electric bike if the rider doesn’t want to wear a helmet. At least, that was the rule back in 2010 when the bike was launched to the public. 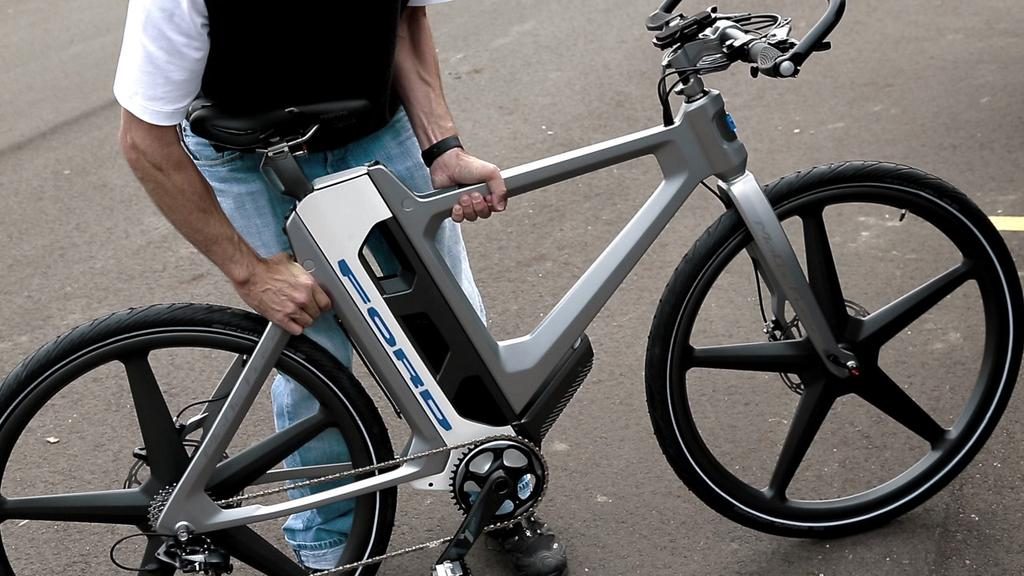 This is Ford’s third edition of foldable electric bikes, and was launched in 2015. Trust the carmakers to create something that can be stowed away in the trunk. This model is more advanced than the VW bik.e because it works with a smartphone app that lets you plan your route, gives you weather conditions and even tells you how much your parking will cost. There are other bikes that can do this, especially the ones released since 2015. 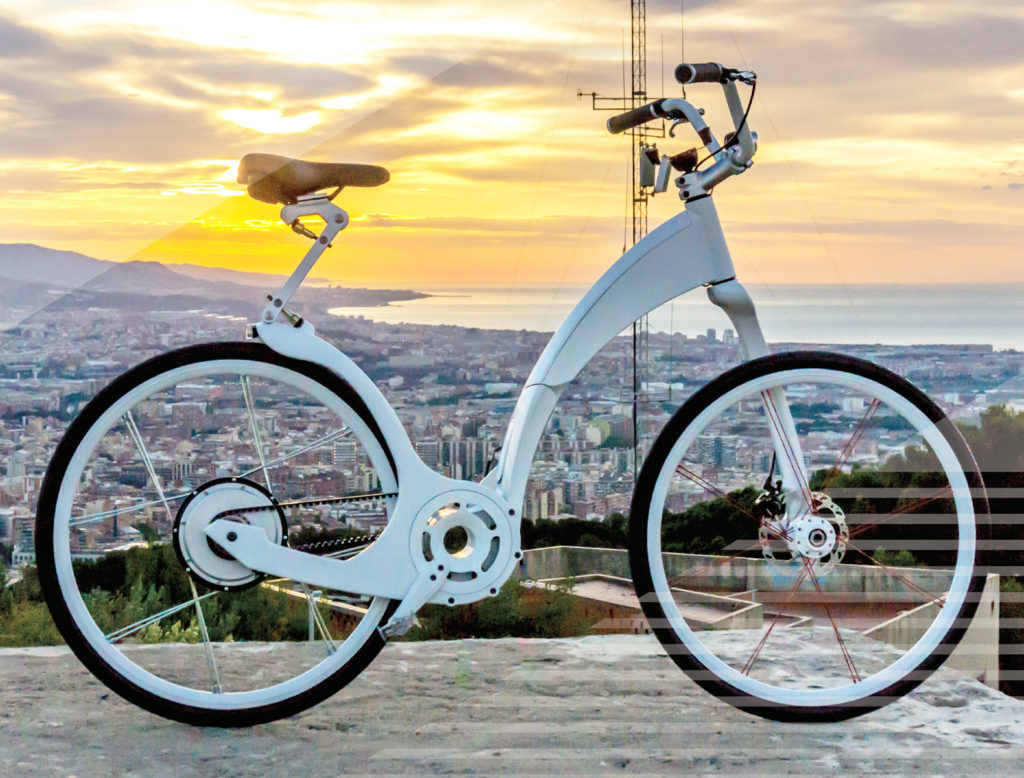 This one’s not made by a carmaker, but it’s probably the smartest e-bike yet. Invented by Lucas Toledo, the bike has an electric smart lock, built-in lights, a phone charging port and a Bluetooth-enabled app to control the lights and lock. Toledo says that its minimalist design allows it to be very light and easy to carry around. The best part is that you can fold it in one second flat. The project was funded through crowdfunding and by other investors, and will soon be available on Amazon.com.

Electric bikes may well become the preferred in-city commute vehicle of the future, allowing you to park your car a few miles away from the busiest parts of the city. It will save you a ton in parking fees and it’s better for the environment, too. Besides, these are basically pedal bikes so you don’t have to worry about running out of charge in the middle of a commute.

With one of these in the trunk of your car, you’ll be helping the planet a great deal. In fact, just throw in a Tesla Model 3 and you’re all set to be the greenest person in your office!