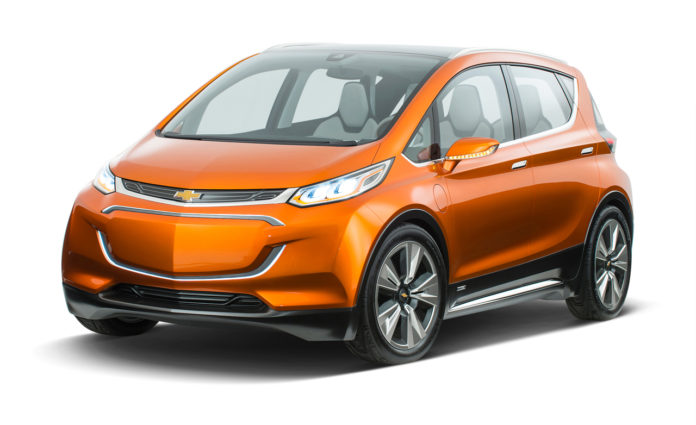 When Tesla shocked the world by announcing a 200-mile range on its electric vehicles, it seemed like an insurmountable barrier for other EV manufacturers. That list also included Nissan, Ford, GM and many other traditional car makers with EV or hybrid-EV production models already on the roads.

It seems now that GM will be the second company to breach that elusive range with the upcoming Chevy Bolt due to release either late this year or early 2017. The information came from the Environmental Protection Agency, which rates electric vehicles by performance and other standards.

The reported 238-mile range will make the Chevy Bolt truly the most affordable EV in its range category. The price of $30,000 after deducting a total of $7500 in federal tax credits, it will go even lower in certain states that have their own credits for clean energy vehicles. However, only those who already pay that much in taxes will be eligible for the full credit – a caveat that nobody really talks about.

But there’s a catch to the range factor. On long stretches, the battery will actually drain faster. That might not be a problem for city commuting, but intercity travel will shorten the range significantly. Still, the range will remain over 200 miles so this is still going to be the best option for EV lovers once it comes out. That is, until the Model 3 is ready to make its debut on the roads.

The Model 3 will have a similar 60kW battery for the entry-level variant that carries a $35,000 price tag without any tax credit deductions. If it goes down to less than $30,000 with credits, it will be in direct competition with the Bolt. And the EPA reports a range of 210 miles for the Model 3, so the announcement on the Bolt’s range is a direct challenge to Tesla.

For many years Tesla has enjoyed the wide gap between its own battery capability and that of others, even major carmakers. The Bolt, however, is all set to reduce that gap into a much smaller lead, with Tesla still in first place.

How is Tesla going to react to this bit of news from the EPA? Will they increase the power on their base Model 3 to give it an edge over the Bolt? Can they afford to knock of a couple thousand dollars to make it more attractive? Tesla does have a superior brand image to GM where electric cars are concerned, but they may not have the pricing leverage that the auto giant does.

If the Model 3 is a make or break car for Tesla, the Bolt is GM’s equivalent. CEO Mary Barra has a lot riding on the success of the Bolt, and if it takes off the way she hopes, it will set a new precedent and give GM a huge advantage over other traditional carmakers – most of whom only have a sub-100 range on their electric vehicles except for the extended 114-mile range on the BMW i3 all-electric version.