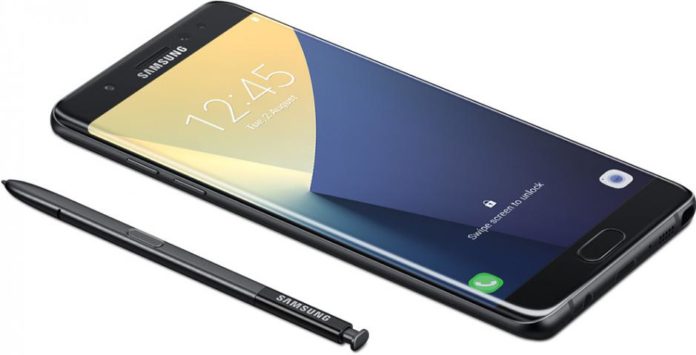 The second round of sales of the Samsung Galaxy Note 7 in South Korea will be moved from September 28 to at least October 1 by the electronics giant. Nearly 2.5 million phones in all were recalled after several dozen reports of the phones overheating and, in some cases, even exploding or catching fire.

In its home market, South Korea, nearly 200,000 devices have been returned, and 200,000 more are still with customers. The safety issues surrounding the Note 7 has prompted the Federal Aviations Administration (FAA) to warn passengers not to bring these phones on their flights unless they are switched off and not charged during the flight.

Last week, an Indian airline reported that its crew members doused a smoking device whilst in the air, but the device was a Note 2, not a Note 7. However, the incident has set off a Domino effect with airlines around the world asking their passengers not to use or charge their Note 7s on their aircraft.

Samsung originally launched the Galaxy Note 7 on August 19, and the device was well received in the market considering its premium price tag of about $850.

In the United States, Samsung has already launched a U.S. Consumer Product Safety Commission (CPSC) compliant model as of last week on September 21. The company has also give specific action items and guidelines for the U.S. Note7 Exchange Program on its website, as well as announced a $25 compensation in the form of a gift card, in-store credit or a bill credit from select carriers.

If you still have a Samsung Note 7 purchased before September 15, you can either trade it in for a CPSC-compliant Note 7, take home a Galaxy S7/S7 Edge with a refund on the price difference or get a full refund on the device.

Samsung has reacted quickly to turn this debacle around, but its brand image has been damaged nonetheless. There is also a rumor flying around that the South Korean electronics giant may release the Galaxy S8 and possibly even the Galaxy X, a foldable smartphone, earlier than the planned Feb 2017 release.