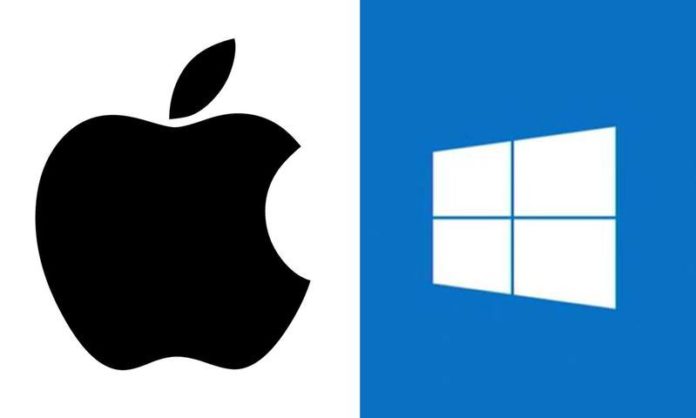 Mac OS X is possibly one of the most popular desktop operating systems to come out of Apple’s OS development team, but since Apple moved to the Siri-centric Mac OS Sierra we’ve had a lot of folks ask us whether it’s a good idea to switch to Windows 10 since that seems to have some pretty robust functionality.

We can’t honestly answer that question one way or another because they’re two very different operating systems, and there’s no telling whether you’ll love one over the other until you try it.

However, several of these Apple users are understandably apprehensive because it’s a completely new environment. Nearly everything is different – from apps to interface to compatibility, etc. – that it can become a daunting task to switch from OS X or even Sierra because Windows 10 works in a very different way. Windows 7 users won’t have that problem, and to a certain extent even Windows 8.1 users will find Windows 10 intuitive enough for them to move around, find what they need, install what they’re missing and so on. But for Apple users, it’s almost like learning to use a PC from scratch.

If you’re keen on switching to a Windows 10 environment or even just installing it on PC that’s been lying around, these tips provided below will hopefully make for a less harrowing experience.

Moving your Files and Folders from OS X

If you’re actually switching systems and not just getting Windows 10 on an extra PC, you’ll first want to make sure that your Mac files and folders make the move without a hitch. For that, you’ll need to backup everything to a hard drive – not iTunes, by the way – so you can quickly upload them to the Windows PC.

Unfortunately, a lot of files may not be compatible with Windows applications, but there’s something you can do to make sure you have the right apps on your destination PC, which is the one running Windows 10. Assuming you’ve already upgraded to Windows 10 this should be relatively easy.

What you need at this point is an a software package manager. A lot of people recommend Ninite, but we’ve found also found one that’s easier to use called Just Install. There’s also Chocolatey and Npackd, but Just Install seems to be a fairly straightforward package installer.

What is a package installer?

This is basically a download manager that allows you to install multiple apps on your system. This is very useful when you switch from OS X to Windows 10 because you can pick and choose the apps from category lists, as the screenshot below from Ninite shows.

As you can see, there are multiple options for each type of app. You can pick your preferred media player, open source document editor, browser, anti-virus software and a whole bunch of other stuff. Just tick the boxes against the ones you want and the package manager will guide you through the rest of the installation process.

Another useful thing to learn when switching from OS X to Windows 10 is keyboard shortcuts. Windows shortcuts and Mac shortcuts overlap for the most part, but it’s a little confusing for new users because the Command key on the Mac isn’t available on any keyboard designed for Windows. You’ll have the Windows key instead. That’s why it’s handy to have a list of Windows shortcuts that you can refer to when you’re stuck with something. Here’s a comprehensive list of the most frequently used shortcuts like opening and closing files and apps, document editing, toggling between applications or multiple windows within an application and so on.

Go to this page and bookmark it for future reference on your Windows 10 PC: Frequently Used Windows 10 Shortcuts, courtesy WindowsCentral.

Security is a major problem with any PC. Although Macs are thought to be more resilient to malicious attacks, they’re not impenetrable or invincible or anything like that. On a Windows PC, though, it is highly recommended that you install an anti-virus software – simply because Windows is a more “open” environment that Apple’s operating systems – which are basically macOS (like OS X or Sierra), iOS and watchOS versions – and is generally more vulnerable.

There are lots of great anti-virus software packages available for free, such as Avast. You might have noticed that one under “security” in the Ninite screenshot above. Get it and install it; it will keep your PC clean and free from risk to a great degree. Remember, no antivirus software can ever be 100% foolproof, but do download updates on a regular basis to be sure you always have the latest security features on your Windows 10 PC.

Once you’ve done all of that, you are now ready to experience the full range of Windows 10 capabilities. Depending on what you have under the hood, you’ll be opening yourself up to a whole new world of PC gaming, just to give you one example. You’ll also be able to hook up your iPhone to the PC and use iTunes just like you did on your Mac.

In short, you’ll be able to do almost anything on your Windows 10 that you were able to do on your Mac, but some things are much better, like the Windows Office package. What we would recommend is opting for an Office 365 subscription. The basic costs about $6.99 a month or $69.99 for a year for a single user, and comes with Microsoft’s best productivity apps like Excel, Word and so on. You also get 1 TB of OneDrive cloud storage for free, and free world calling minutes for Skype. 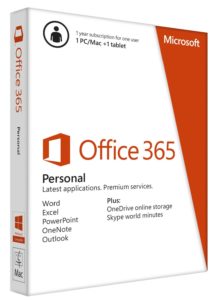 With that, you pretty much have everything you need on your Windows PC. You may need to install some additional software to personalize your experience, but what we’ve outlined in this article should cover all your basic needs as you transition from OS X to Windows 10.

We hope this article has been useful. On Apple News please favorite the 1redDrop Channel, and do bookmark 1redDrop.com to keep tabs on the hottest, most happening tech and business news from around the world.