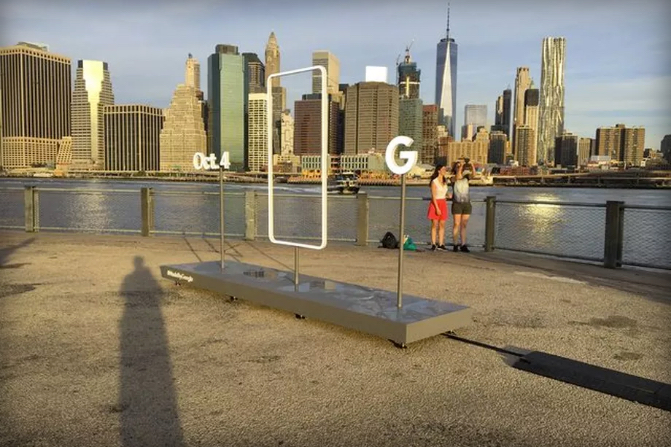 Expected to be released early in the second half of 2017, this Pixel laptop isn’t expected to be just another Chromebook. Google is setting its sights much higher now, the the same sources report that it will have a 12.3-inch screen that can convert to tablet mode, and will rival the productivity software seen on Windows and macOS machines.

The sources also revealed another device that is currently under wraps, a Huawei-made Nexus tablet that will also run on Andromeda. The tablet will have 4GB of RAM and a 7-inch display.

At this point we don’t know whether Google will, in fact, decide to introduce a Pixel laptop or an Andromeda tablet at the grand Oct 4 event that will see the new Google Pixel smartphone and other announcements, since availability to the public is only after the middle of 2017. If they have any intention of doing so, it’s going to be a very ambitious attempt.

The Oct 4 event at Ghirardelli Square in San Francisco is being talked about and advertised like this was Google’s last opportunity to gain media attention. It’s going to be chockfull of product launches and announcements, and many fear that things will be “diluted” with so much happening on a single day.

As for Andromeda, it would be unwise for Google to release a “rival to Windows and macOS” unless they’re completely confident that it will perform as predicted. Google has been working feverishly to make sure it can provide the software that will actually be the heroes representing the power of Andromeda, and a lot will depend on how well the OS is received by a market that is now divided between macOS and Windows on one side and open source operating systems such as Linux on the other.

Android is already the dominant OS in the mobile space, and ChromeOS recently outsold macOS for the first time in the United States earlier this year, so Google does have a good shot at gaining significant market share with the Andromeda hybrid OS. But if they move too soon and release anything other than the most stable and high-performing version possible, they could see some fallout effects on Chromebook sales leading up to the date when Andromeda-run products launch to the market.

Either way Oct 4 should be marked on your calendar so you don’t miss Google’s goodies for 2016.