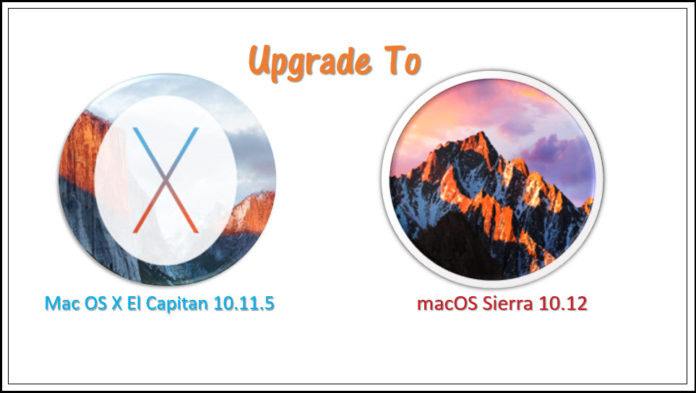 On September 20, the Mac world went from OS X to macOS Sierra, presumably the first in a new line of operating system versions from Apple Inc. It’s been exactly a week since macOS Sierra was released to the public as a stable version, so it’s time to look back and see what went well and why some macOS Sierra users are clamoring to get back their beloved OS X Yosemite and El Capitan.

The first set of issues is with the installation itself. Users have been facing multiple issues including installer download errors, authentication problems, WiFi slowing down, app errors, errors with some Logitech mice and so on.

We’ve listed the top 3 problems here and outlined what you need to do to fix those problems quickly, without that dreaded trip to the Apple Store.

One final note before we dip into the issues: Sierra is undoubtedly superior to any version of OS X, and most users can seamlessly move to Sierra without problems. These issues listed below may be restricted to a few users, but it should help make the transition easier.

This error comes in mainly two forms – a download error or an ‘already downloaded’ error. If you’re getting a download error such as “Failed to Download” or “An Error has Occurred”, or it shows the status as “Downloaded”, that means either the macOS Sierra installer failed to download correctly, or you have downloaded a previous version of Sierra such as the beta version or the GM build that were released prior to September 20.

In both cases, you’ll need to find a file called “Install macOS Sierra” and delete it. Once you’ve done that you can repeat the download process on the App Store and it should download just fine. Do check your WiFi connection to see if it’s stable because intermittent or weak signals tend to affect downloads. In some cases files may get corrupted in the process as well. The safest thing is to delete the installer and download it again.

Some users have complained that they’re seen their WiFi speeds suddenly drop. They’ve noticed downloads slowing down and even webpages loading much slower after the move from OS X to macOS Sierra. If you’re experiencing such issues, the problem could be with either your router or your WiFi preferences.

If it’s the latter, you will need to delete certain files. Follow the instructions on this screenshot below:

Once you’ve done this your speed should get back up to what it was before.

For the iCloud authentication error, the fix might be as simple as signing out of iCloud and then logging in again. Click the Apple icon on the top left, select System Preferences > iCloud > Sign Out. After that, restart your Mac, go back to the same panel and sign in again to your iCloud account. It should work fine.

If you’re seeing an error message when opening apps, it’s possible that you don’t have the latest version. Head to the App Store and look for that App in the list of available updates, then click on it to download the updates.

If that doesn’t work you can try deleting the app and downloading it again from the App Store.

If it still won’t work, you may need to refresh the cache, as follows:

First, go to Finder then Go > Go To Folder… and you need to type what you see in the screenshot below.

After clicking Go, you need to delete all the files from every one of those folders.

Once that’s done, repeat the exercise, but this time only find the folder /Library/Caches – meaning, without the ~ symbol at the front.

Now, delete all the files again and restart your Mac, but hold down the Cmd + Option + P + R keys as the machine is rebooting. You should hear the reboot chime go off twice, after which you can release the keys.

What is does is reset the RAM that’s responsible for storing information when your Mac is turned off, which is the NVRAM (non-volatile random-access memory), and also the parameter RAM (PRAM), which holds stuff like your mouse speed, speaker volume and other settings.

If the app in question still shows the error, then try opening the app while holding down the Cmd + Option keys.

These are the most common problems we’ve been seeing with macOS Sierra users who’ve recently switched from OS X Yosemite and El Capitan. If you see any other errors that you’re not able to find a fix for, please let us know in the comments section below this article and we’ll try and help you out.