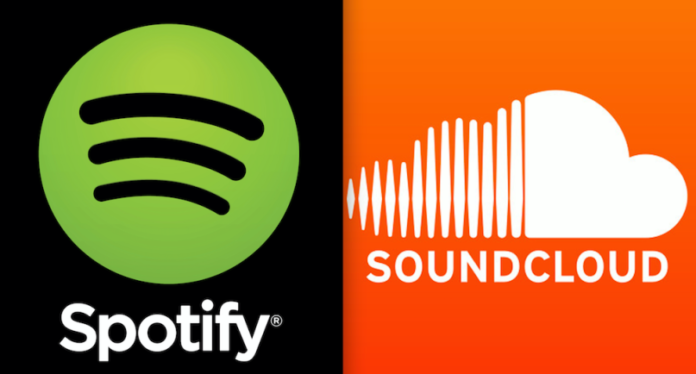 When a media streaming company goes up against a technology legend, it tells you as much about the volatile nature of the music business as it does about the uncertainty of the technology industry. As a 10-year veteran of the music streaming industry, why would Spotify be afraid of a company with much less experience in the space, even if that company happened to be named after a fruit?

But Spotify, the Swedish-born music, podcast and video streaming service that millions swear by, could now be looking at acquiring its own “little fish” in the form of SoundCloud. It’s still a rumor and SoundCloud has refused to comment on it, but this is possibly the third time that Spotify has entered into what the Financial Times called “advanced talks” to acquire SoundCloud. It’s not that the first two times didn’t go past first base, but they somehow fell through because the price was not right.

The crux of the matter is that Spotify is doing this to insulate itself from Apple Music. The fact that they’re now at the “third time’s a charm” stage with SoundCloud is a clear sign that they need to put as much distance between themselves and Apple as possible.

User Base Engagement – The Biggest Moat for Tech Giants

And what it comes down to is user base, and how you keep it engaged. He who has the biggest, most engaged user base has the best chance of winning. Google had the biggest user base, built the largest network of content providers, and complemented that nicely with the largest pool of advertisers. Facebook had the biggest social network, and deftly crafted that into an $18 billion business for itself. Microsoft rules the desktop operating system world. Google controls the smartphone OS market. Amazon Prime now rivals Costco’s 34-year-old loyalty program. Need I go on?

In fact, all the large technology companies today have realized that the ecosystem they build for their users is what keeps them coming back for more. Prime is to Amazon what Plenti is to American Express and what Apple Pay is to Apple Inc. By adding more value to the relationship, the company – any company – can create a virtual environment where users find it hard to dissociate themselves from the program.

Amazon is a Prime example of this. By literally cramming value down customers’ throats and giving them zero opportunity to complain, they’ve managed to keep them satisfied and purring for more while putting a smile on their own face that stretches from A to Z.

The user base – and how you keep them occupied – is the only thing that ultimately matters, and that’s what Spotify is after – increasing its user base by acquisition. A bigger user base will help pull further away from Apple in terms of user base. Spotify has about 75 million active users against SoundCloud’s 175 million, per TechCrunch in January this year. In addition, SoundCloud has over 125 million tracks compared to Apple’s 30 million.

So this “distancing of themselves from the Apple threat” is about acquiring a user base, but it is also about acquiring the content to keep 250+ million people engaged should the acquisition go through. That’s not something Apple can easily breach despite its own massive army of users because only 17 million of them are active on Apple Music so far. Spotify clearly wants to outpace and stay ahead of them.

This lethal (in a good way) combination of user base and ecosystem is what nearly every company from IBM to Microsoft to Facebook to Apple is trying to achieve right now. More importantly, it will give these ‘disrupters of their time’ the moat they need against being disrupted themselves.

In the case of Spotify, it brings them closer to what the tech majors are doing. In a sense, Spotify is using their own strategy against them. If the deal comes through, it will create one of the largest user bases in the history of the streaming business (be quiet, YouTube!) and put Spotify in a position to fend off the likes of Apple and Amazon.