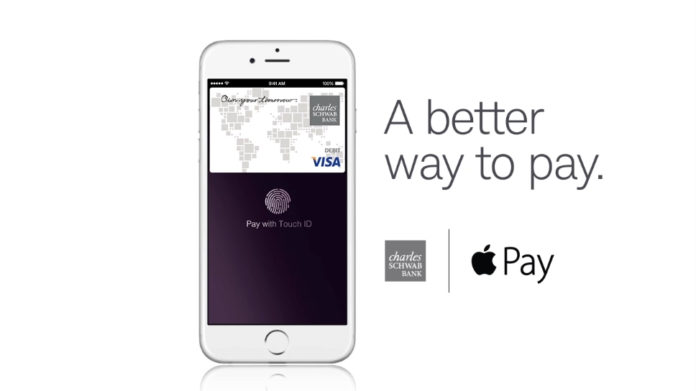 When Apple first launched Apple Pay in the United States in October 2014, CEO Tim Cook took a swipe at credit card companies for using a five-decades-old technology. But instead of alienating the largest payments processors in the world, Apple integrated support for all three major cards – Visa, MasterCard and American Express.

The move made payments convenient and leveraged the power of smartphones to give consumers what they wanted, although not necessarily what they would start using right away en masse.

Beginning in the United States, Apple Pay gradually made its way through Canada, the UK, Australia, China, Japan and several other countries. As Apple Pay’s availability became more widespread, Google and Samsung also jumped in with their own mobile wallet. As for PayPal, their Venmo app was already in the market and growing strong.

As such, this is now a four-way fight to the top of the mobile wallet segment.

One of the key reasons for these top tech companies jumping into the race is the growth expectation for the mobile payments market. We’ve all been making online payments using our desktops and laptops, but more and more web traffic is now skewing towards mobile devices like smartphones and tablets. Against a backdrop of increased mobile traffic and increased payments happening on mobile devices, it’s natural that any company involved with the world of smartphones and tablets would want a piece of the pie. Apple has a massive iPhone/iPad/iPod user base, Google has Android with 80%+ mobile OS market share and Samsung has a huge user base on its premium phones as well.

By piggybacking on their device/OS prowess, these companies wanted to convert their user base strengths into viable revenue streams. Here’s the kind of transaction volume we’re looking at in mobile payments. 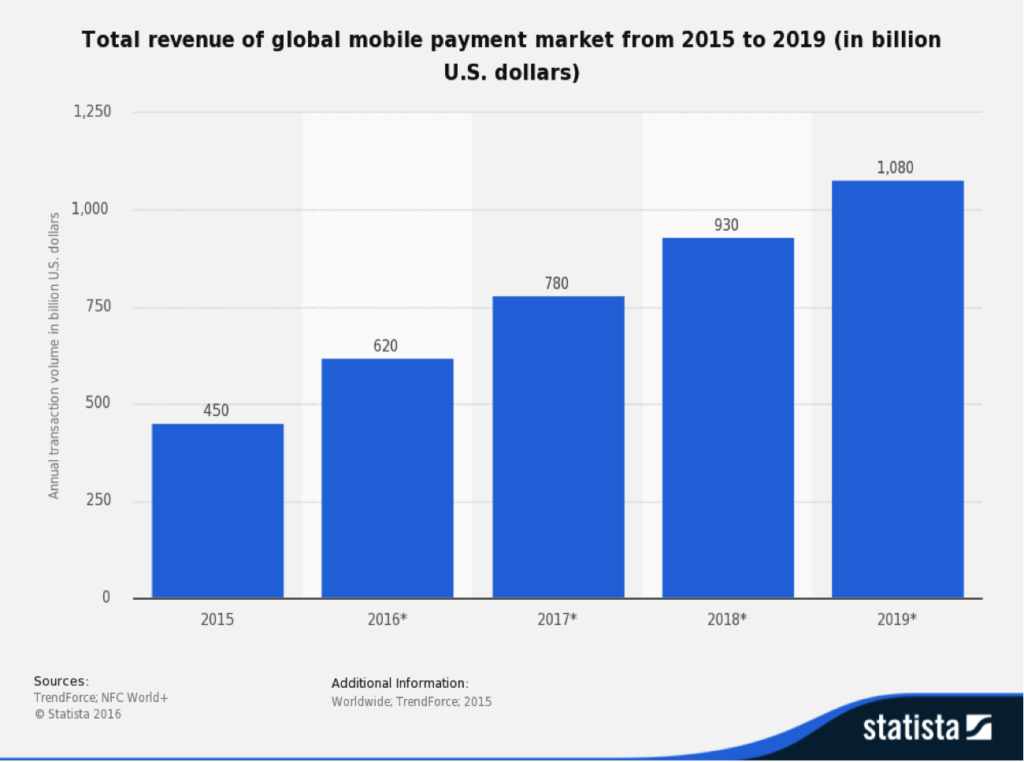 At an estimated transaction volume exceeding $1 TRILLION by 2019, it’s clear why all these companies would want to be in the mobile wallet race. In the case of PayPal, they were early movers in this space because, as the dominant player in web payments, they naturally wanted to exploit the synergies of smartphone proliferation.

From the user perspective there are several advantages as well.  First and foremost is the fact that you can use your mobile device as a transaction tool without the hassle of downloading multiple apps from the banks you deal with. It offers a single interface that lets you choose the mode of payment for anything you buy or want to pay for online. In fact, that’s the whole idea behind the name itself – a wallet that sits on your mobile phone.

Apple is now moving from mobile wallets into web payments, integrating Apple Pay into its Safari browser so no matter what Apple device you use you have access to it.

It’s clear that the online payments landscape is evolving quickly, and the provider that offers the most convenience, the most merchant locations and the most robust application will end up at the top of the heap.

For Apple, any gains in this space will give them an additional revenue stream of significance so they won’t have to depend on device income as their mainstay. So, on the one side it’s about adding one more strong revenue channel, and on the other it’s about leveraging the huge user base they have.