Apple has recently announced that Apple Maps now offers full support for Amtrak’s entire system across the United States as well a select cities in Canada. The move is a follow-through from what they did in 2015 for Northeastern cities in the U.S.

The Apple Maps app on iOS will now allow users to check routing and transit information directly on their devices. For frequent travelers, this is a major improvement on Apple Maps capabilities with Amtrak’s system so far.

MacRumors has just posted a full list of the train routes that are now supported on Apple Maps across the South, West, Midwest and Northwest, as well as some routes operating between Canada and the United States.

Apple is quickly trying to close the gap between its own Maps app and Google Maps. The last reported figure for Google Maps usage was when Google announced 1 billion users for Gmail. At the time, in Feb 2016, TechCrunch reported that Google Maps also had over a billion active users, along with Google Play, YouTube, Android, Chrome and Search.

But Apple Maps does have some advantages over Google Maps, such as 3D views, more accurate turn-by-turn navigation as well as Flyover coverage for 300 cities across the world.

Though we don’t know the exact number of users on each of these mapping apps, it’s safe to say that Google Maps and Apple Maps are the two most popular mobile map apps in the world. And considering the fact that Android far outstrips iOS in terms of market share, it’s going to be be a tough task for Apple to crack the hold that Google has on smartphone users. 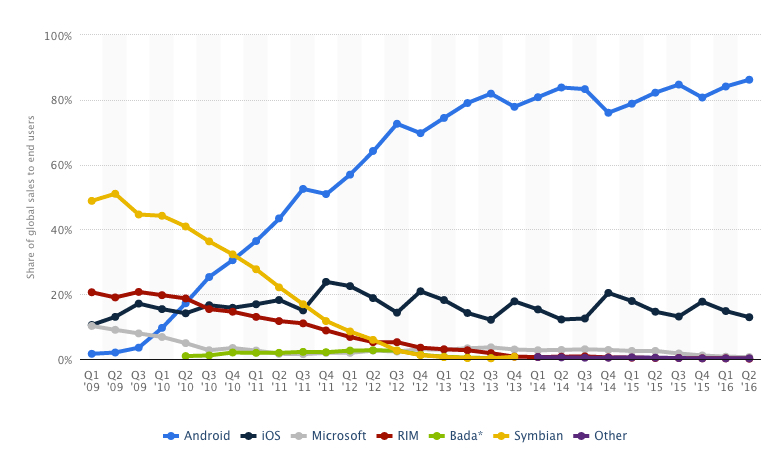 The only way Apple can push Apple Maps in front of iOS users is to pack it full of great features that are better and more accurate than Google Maps. They’ve got a user base disadvantage when it comes to mobile operating system market share, but there’s nothing stopping them from creating a better map application than Google.

One other option is for them to push Apple Maps beyond just iOS and make it available for web users as well as Android devices. Last year there was some discussion around this, but so far we haven’t seen anything to that effect.

The race is definitely on, and it will be super-interesting to see who eventually grabs the most market share for their maps application – Google or Apple.