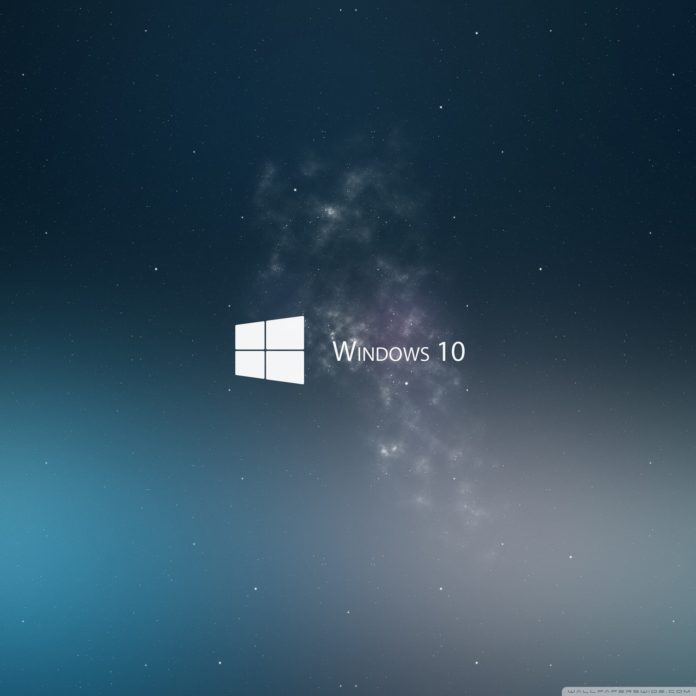 The free version of the Win 10 upgrade is meant for people who use assistive technologies, but there’s nothing on the site that asks you to prove that you actually use such applications. That’s practically inviting people to still get the free upgrade to Windows 10 despite the fact that they’ve already started pushing the paid version on the Microsoft Store online. 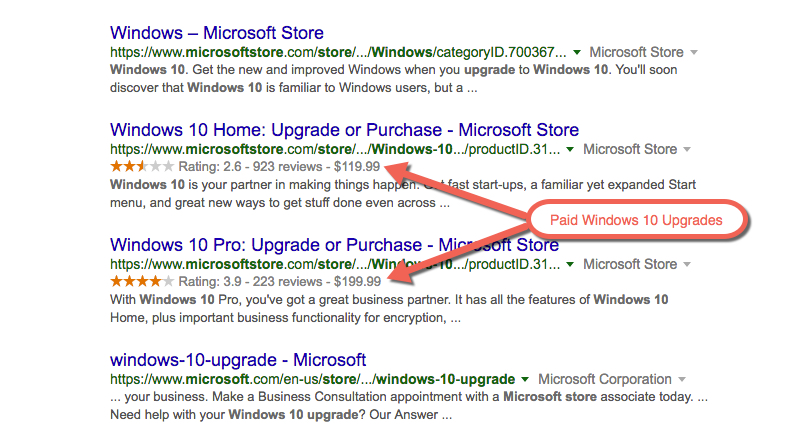 So what are they actually trying to do with this mixed message that they’re (inadvertently?) sending to potential users of Windows 10?

Microsoft seems to be in a bit of a fix right now. Windows 10 adoption hasn’t been as widespread or deep as they’d hoped, and although over 400 million devices seem to now be on Windows 10 across the world, that’s not a huge number from Microsoft’s perspective even though they’re flaunting it on their news site.

On the enterprise front, Microsoft last week released an analytics tool for companies so they can see what the impact of a Windows 10 upgrade would be on their organization’s existing IT networks and resources. The tool is an attempt by Microsoft to leverage technology and somehow convince enterprises that Windows 10 would be better for them than the versions they are on now.

On the individual user side, you can see that Windows 10 hasn’t been that big of a hit. Look at the user ratings of 2.6 and 3.9 out of 5 for the Home and Pro versions, respectively, on the screenshot above. That’s not an encouraging sign for people who want to move to Windows 10 now. And why would anyone shell out $120 or $200 when they can get in the back door for free? Some might, but most won’t.

As such, Microsoft is now in a pickle over Windows 10 adoption. And with the new operating system being critical to so many of their other initiatives, it’ll be interesting to see what they do moving forward.

Can they offer Windows 10 upgrade for free permanently for the first time in Microsoft’s history?

That’s a hard question to answer because Windows has always been Microsoft’s biggest earner. If they start offering it for free – even for individual users – they may get mass Windows 10 adoption across the world, but what will happen to their future revenues? The company made more than $40 BILLION in fiscal 2016 from their ‘More Personal Computing‘ segment, which counts all revenues from Windows licensing as well as a few other components such as Surface device sales and Xbox sales. That’s nearly half of their total revenue for 2016, which is around $85 BILLION.

So if they decide to offer Windows 10 as a free product moving forward, they’re literally cutting their future revenues in half, and that’s certainly not something Microsoft’s investors will allow. But on the other side of the argument, if they continue to sell the product at the current prices, Windows 10 adoption may remain at current levels unless they’re able to convince more people to migrate to the new operating system.

As you can imagine, this is not a minor problem for CEO Satya Nadella. The future of the company hinges on what they do right now. If they keep the status quo, they’ll see their Windows revenues slide down when they report first quarter 2017 results on October 20, 2016.

As I foresee it, Microsoft may be forced to incentivize corporate houses to adopt Windows 10. They may try to entice them with great deals on their Office 365 productivity suite on the cloud, or they may even tempt them with free Surface rentals for a fixed period of time. I think companies will start seeing some very interesting and creative sales pitches from the Microsoft marketing and sales team very soon. And these four men are saddled with the responsibility of making Windows 10 the only operating system to be on.