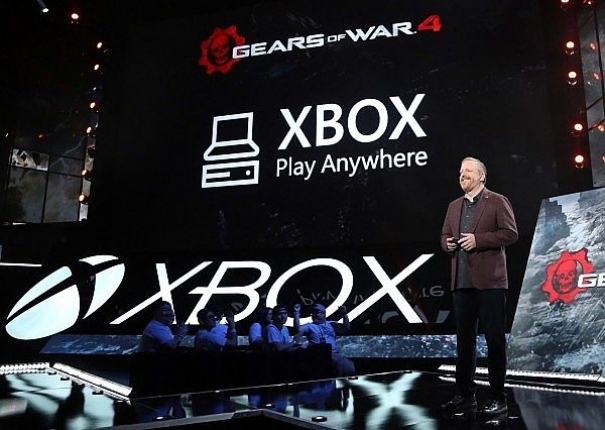 As part of their plans to converge users’ gaming experiences on Windows 10 and the Xbox One console, Microsoft has been merging first-party titles. Users can now cross-download all available Play Anywhere titles between their Microsoft Windows 10 desktops and laptops, and the Xbox One.

Essentially, the Play Anywhere program is a cross-platform interface that allows you to merge all your purchases, achievements and saves via Xbox Live. The program is meant to give you flexibility, but also allows you to have two instances of every available title for the price of one. So basically, no matter which device you purchased the game on, you can download it to the other without paying an additional fee.

To download an Xbox One game to your Windows 10 PC, you need to have downloaded the Windows 10 Anniversary Update. If you’ve already got that, simply go to the Windows Store, search for and select your game and click install.

To download a Play Anywhere title to your Xbox One, go to My Games and Apps. Scroll down to see the list of titles in the Ready to Install tab, find the one you want and press A once the title is highlighted. And that’s it.

Making it as simple as possible is one of Microsoft’s goals for cross-platform applications and games. The idea is to be able to create an environment where PCs, gaming consoles, laptops, tablets and eventually Windows 10 Mobile smartphones can access apps universally. This Continuum philosophy is central to the Windows 10 environment.

The lines between devices has already started to blur, with phablets (phone+tablet), hybrid laptops (tablet+laptop) and all-in-one PCs stealthily making their way into the mainstream market, and Microsoft wants to be on top of that evolution, even driving it forward much faster than ever before.

The Surface Phone, which is assumed to launch sometime next year, for example, is expected to come with a high-end 500 GB internal memory variant. Google Pixel was just revealed a few days ago, and it offers unlimited cloud storage for photos and videos. From that perspective, Apple’s 5 GB free iCloud storage seems like pittance.

As devices get smarter with AI-based apps like virtual assistants running on them, they’re going to need more and more processing power and RAM capability. In addition, the growth of video – especially 4k video – means users will increasingly need more and more storage space for their smart devices.

As such, artificial intelligence, faster processors, more storage and better screen resolutions are the four pillars on which future devices will be built. Each company has an edge in one or more areas, but none has it all. Apple has a brand advantage, better hardware and a solid body of mobile apps, but they’re weak on the cloud storage front. Samsung has great devices, the best processors, amazing display capabilities and a full suite of Android apps, but again, not much of a cloud presence.

And that’s the reason companies like Google and Microsoft even now have a chance to shrug off the Motorolas and Nokias of their past and mount their second attacks on this high-growth, high-margin market of smart devices.

Each company will find its strong points and play to those, and the biggest beneficiary of it all is us – the users. High-end devices will become more affordable, unattainable tech will be within our reach in years instead of decades, and the world will eventually move into its next phase of technological evolution – one ruled by artificial intelligence, instantaneous processing capabilities, unlimited storage options and life-like interactive displays that foray into the far reaches of virtual and augmented reality.

We’re at the starting point of a massive “re-evolution” in consumer technology. Digital assistants that can order your pizza or call you a cab (stop calling me a cab, it’s insulting!), TVs that can predict what you want to watch next, refrigerators that send you a message when you’re low on milk and eggs, phones that you can converse with (eventually), smart software programs that can diagnose and recommend the best treatments for cancer…the list goes on and on, and we’re only just getting started.

I don’t know about you, but I’m stoked!

Thanks for reading our work! If you’re reading this on Apple News, please favorite the 1RedDrop channel to add us to your news feed. Also, do bookmark 1redDrop.com for quick access to the latest news from the bleeding edge of technology.