The Samsung Galaxy S8 is the next big smartphone in the lineup that witnessed the launch of the Note 7, iPhone 7 and Google Pixel this year. Disillusioned by the mass recall and still-present problems with the Galaxy Note 7, users are now hoping the Galaxy S8 will make its appearance sooner rather than later. The original release date was schedule for early 2017, but some sources say Samsung may push for an earlier launch to try and undo the damage done by the Note 7 recall.

But what’s even more interesting is the fact that the S8 could be the next phone to do away with the beloved 3.5 mm audio jack and just use the USB C charging port as the headphones output as well.

It’s not surprising the Samsung might piggyback on what Apple has done. This wouldn’t be the first time we saw an Android device come up with an iPhone feature.

As for other specs, we expect to see the Snapdragon 830 and Exynos 8895 under the hood of the Samsung Galaxy S8. We might also see a dual camera as well as an iris scanner, which can only mean there will be at least four camera sensors. Also, there’s a somewhat reliable rumor that we may see a curved screen option as well as two size variants.

The move from 3.5 mm audio jack to the Type C USB port for audio may well catch on with other device makers. That will mean more accessory sales for the company in the form of adapters that will let you continue to use your regular headphones. But it could also encourage more people to start using Bluetooth connectivity for their listening pleasure.

Is There Any Audio Degradation with the USB C Adapter?

On the one hand, we’ll certainly miss the good old 3.5 mm jack. On the other, we’ve got to move with the times and stop worrying about what’s gone and start looking for what’s new. The digital feel of the new audio connector might feel a bit “rigged” for a while, but you’ll get used to it after a while.

One German magazine actually put the difference to the test and found minimal degradation in sound quality when using the adapter. If you’re the curious type, here are the results of that test. 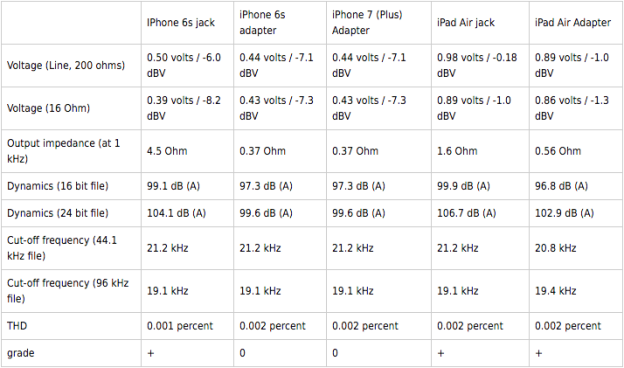 In short, there was some loss in sound quality, but most people won’t even perceive it. So maybe that’s a good thing. Moving to a new technology, no matter how minor, isn’t always this easy.

And that’s one of the reasons the S8 may well do away with the 3.5 mm jack – because there haven’t been any major issues with the iPhone after it moved to Type C connectivity for audio.

As for the release date of 2016, it was initially speculated that this might not happen because the company needs Qualcomm to release its Snapdragon 830 first, and that’s not slated for until early 2017 at least. But there is now a new twist to the story. Two days ago it was reported that Qualcomm is actually going to have Samsung themselves make the 830, using the 10nm manufacturing process.

The 10nm process is essentially an evolutionary step in the semiconductor fabrication process. Samsung Semiconductors is already working on 10nm FinFET technology and plans to ship it out towards the end of 2016. Putting two and two together, it’s not unlikely that Samsung will speed it up and get the 830 ready in time for a 2016 launch of the Galaxy S8.

On the whole, it looks like we’ll see some interesting changes in the Galaxy S8 over the fabulous S7. And this time, Samsung’s going to be extra sure that they don’t have problems with the battery or any type of flaw that could ruin yet another line of really good premium smartphones.

Please Like our page on Facebook, and please bookmark our site for more insightful articles on current and future technologies that are changing our lives.