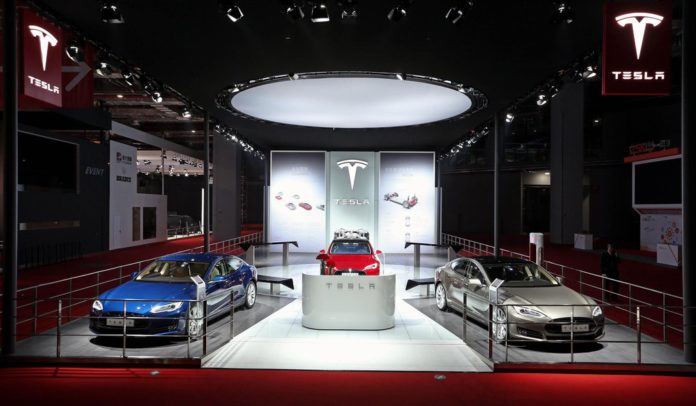 In the luxury SUV market, the Tesla Model X is gaining ground as well. Current market share stands at 6%, which might seem low, but it’s not a bad figure considering the Model X has already beaten out Porsche and Land Rover SUVs. They’re still behind 7 other luxury SUV models, however, including Cadillac, Lexus, Audi and, of course, BMW and Mercedes.

The upcoming Tesla Model 3 will not be competing in either of these two segments, but judging from the response of the market, it is likely to make a dent in the small luxury car segment once it releases.

The company is struggling to meet the demand for the Model 3, and CEO Elon Musk is urging his employees to sell as many cars as they can because the only way the Model 3 can meet pre-orders is by ramping up their Gigafactory in Nevada as well as their Fremont, California facility.

It also has to expand its sales and service network around the world, specifically in countries with the largest pre-orders of Model 3 – the United States and China.

Earlier this month Tesla Motors released its third-quarter earnings, which reportedly showed that Tesla “more than doubled” its sales to 24,500 units in Q3 compared to the same period in 2015. But it also came out that sales centers were discounting cars towards the end of the quarter to help meet the company’s aggressive sales targets.

It was recently revealed that Tesla currently needs $12.5 billion in additional funding through 2018, and much of that will go towards Capex for its SolarCity-partnered stationary power unit. Up to $8 billion or more could go into that alone. Another $2 billion is expected to go towards its automobile unit.

For now, Tesla stands at a very critical point in its development as a pioneering company with its fingers in several pies. Musk’s SpaceX announced the Mars mission last month, the Powerwall 2.0 project with SolarCity is now in need of funding and the Model 3 requires a lot of support to fulfill its production and delivery goals.

We’ll be waiting in the wings and watching to see how this revolutionary company with its iconic founder and CEO will ride the rough seas over the next few months.