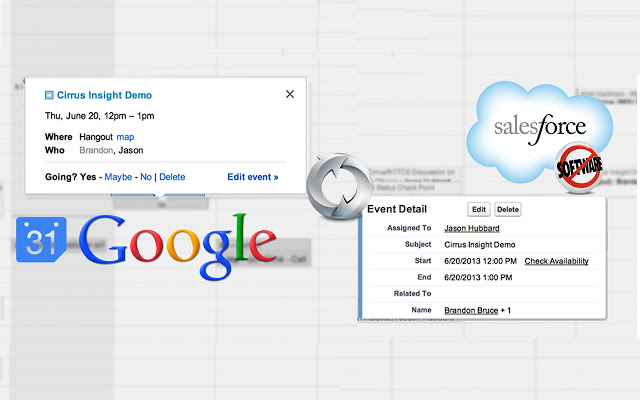 The enemy of my enemy is my friend, says an old proverb, and the recent announcement from Google and Salesforce is a great example of one such partnership that can take on their common enemy – Microsoft.

The growth of Microsoft’s Office suite has been extremely prolific in the last two years, something we covered in detail in a recent article. Google stepped into the office productivity applications business a long time ago, and is a significant player in the market. As Microsoft shifted gears after Satya Nadella’s ascension to the top job, Microsoft has doubled down on its efforts to push its Office 365 suite in as many different directions as possible.

The growth of Office 365 has been staggering, to say the least, and Microsoft has been adding over 50,000 customers each month for the last 28 consecutive months.

“In the enterprise, Office 365 Commercial seats grew 45% year over year, and revenue grew 59% in constant currency. Also 70% of our Office Enterprise agreement renewals are in the cloud. Innovative companies like Facebook, Hershey’s, Discovery Communications, Cushman Wakefield all adopted Office 365 and now see how transformative this service can be for their own business.”

G-Suite, Google’s productivity applications offering, directly competes with Office 365, but things have been slowly tilting in favor of Office 365. Apart from building its cloud business, Microsoft has also intensified its efforts to become a major Software-as-a-Service player, selling software products for a monthly fee. And business management software such Microsoft Dynamics is one such segment that has seen increased activity of late.

Microsoft recently snagged HP, Inc. one of Salesforce’s largest clients, to sign up for its Microsoft Dynamics offering, and HP cited the advantage of using Office 365 along with its CRM application Microsoft Dynamics as the reason behind the shift. It sort of makes sense from the client’s point of view. If you are already using Microsoft’s CRM tools, why not also use its Office 365, which you are most probably using anyway? And, if needed, you also exploit Microsoft’s cloud solution Azure as well.

As a bundle, CRM+Office 365 with a cloud backbone does make a lot of sense for any enterprise company and it is usually more convenient to have just one vendor to deal with instead of three different vendors for three different products. Microsoft has been purpose-building this advantage, and now Google and Salesforce have joined hands to negate such undue advantage for their common enemy Microsoft. 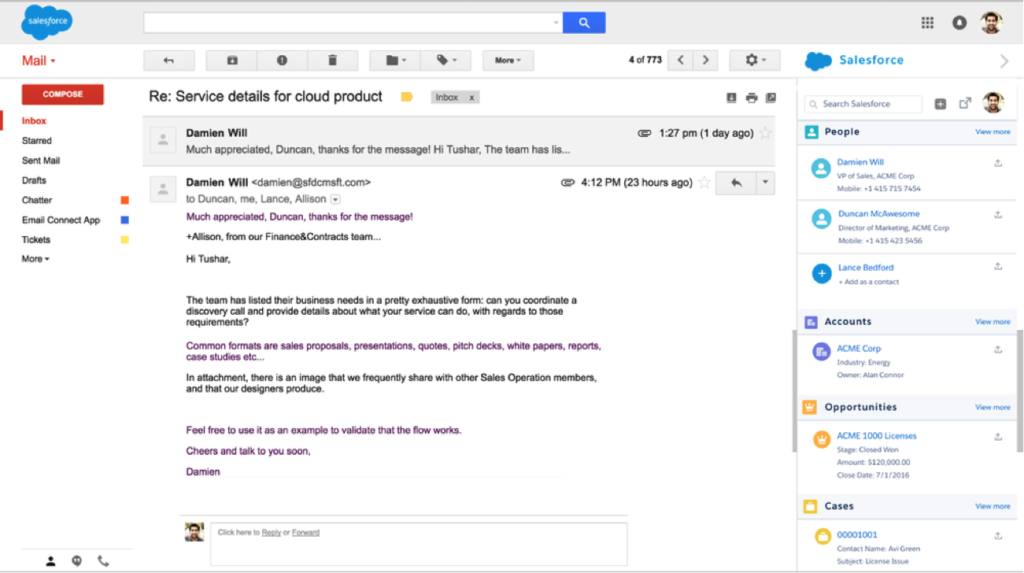 “The Sales Cloud integration with Sheets, meanwhile, makes it easy for sales reps to link any Salesforce List View to a Google Sheet. Users can also view, edit and delete records within Sheets and sync those changes back to Salesforce. Better still, the integration also supports your business logic and validation rules.”

With many such integrations for some of the most popular software applications in the world, it’s possible that these two companies have leveled the playing field against Microsoft to a great extent. Microsoft’s strength of late has been cloud-dependent, but their CRM offering is much weaker than Salesforce’s and the collaborative capability of Office 365 hardly as robust as Google’s G-Suite. Together, Google and Salesforce seem to have found Microsoft’s weak spots and intend to take full advantage of them.