Apple has sent out invites to its much-awaited Mac event this month on the 27th. At this point everyone is pretty certain that Apple will unveil the MacBook Pro 2016 at the event since this is possibly the last such event of the year for Apple. Here’s what we know so far.

After 40 years of being in the PC business, it looks like the tagline for the event – “Hello again” – is a sign that something revolutionary is about to be released yet again.

“Hello” was the first word spoken by the Apple Mac when company co-founder Steve Jobs literally pulled it out of the bag with the words:

“We’ve done a lot of talking about Macintosh recently. But today, for the first time ever, I’d like to let Macintosh speak for itself.”

But it was only after the Mac continued with “It sure is great to get out of that bag” did the roaring applause begin. A new era had begun for the personal computer that day, with the graphical user interface and a mouse being the stars of the show.

Since then Apple has created a world of innovation around its products, not the least of which was the launch of the original iPhone in 2007.

This October 27, we can expect Apple to unveil the new MacBook Pro that we’ve been talking about. The biggest innovation is the secondary touch-bar with custom controls, and everybody’s waiting to see what that actually looks like and how it will revolutionize laptops. Here’s a photo that’s been making the rounds lately. 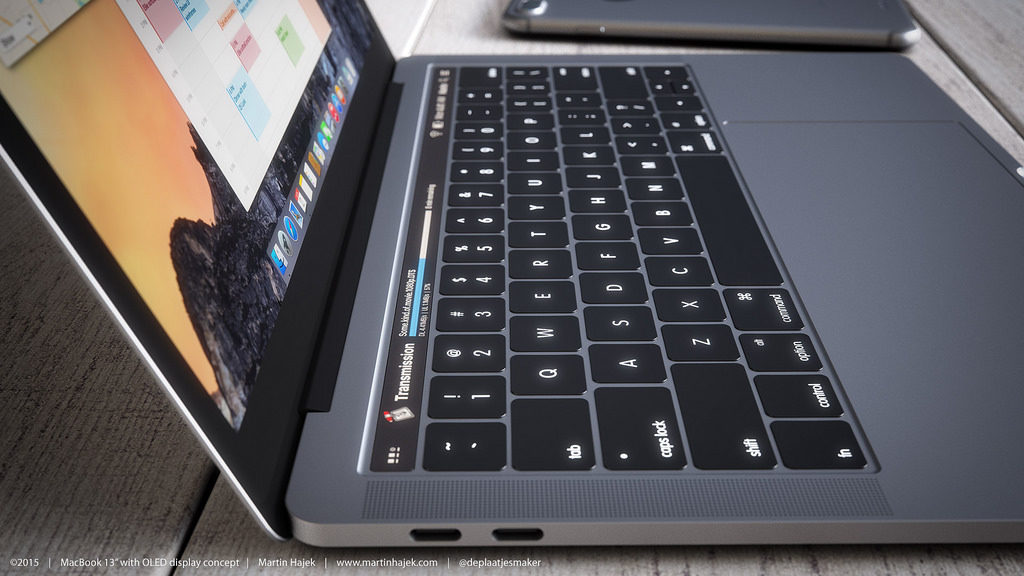 Unfortunately, this year it seems the cat was let out of the bag more than once. We were pretty accurate on what the iPhone 7 features might be – the dual camera on the iPhone 7 Plus, removal of the 3.5 mm audio jack, doing away with the 16 GB option and so on. For the MacBook Pro 2016 as well, the same thing happened. We’ve seen the OLED touch-bar, and we know that Siri enhancements will also be seen on the macOS Sierra latest version that the laptops will come with.

Nevertheless, any new gadget from Apple inevitably results in a buying frenzy. The good news is, the launch of the MacBook Pro 2016 could be just a few days away. If we hear anything more on any other major announcements that might be made at the event, you’ll be the first to know.

In the meantime, enjoy this “lost” video from 1894 that very few people have actually seen – until now, of course.

Thanks for reading our work! Please bookmark 1redDrop.com to keep tabs on the hottest, most happening tech and business news from around the world. On Apple News, please favorite the 1redDrop channel to get us in your feed.