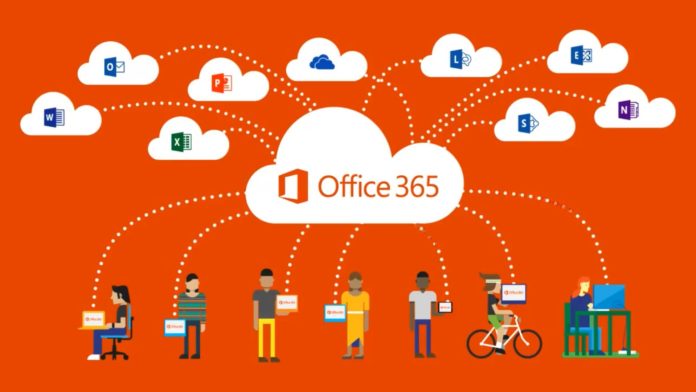 That’s a more than a threefold increase in a span of roughly two years, and that growth is being mirrored on the commercial user front as well.

In the graph below, you can see how their commercial revenue is also growing at a 50%+ rate for more than a year now.

As such, it’s understandable that the Office suite is increasingly playing an important role in Microsoft’s strategic planning. As the company slowly moves away from being primarily a Windows maker, Microsoft is positioning itself as the go-to software services player in the enterprise market.

How Critical is Office 365 Growth for Microsoft?

To understand that shift, we need to look a bit closely at how the company is moving towards a portfolio of software products that can be delivered over the cloud to enterprise users. As part of this strategic plan, Microsoft pulled off two big-ticket client signups in the form of Facebook and HP. Here’s validation about the success of Microsoft’s new relationship with Facebook:

“Office 365 also brings capabilities beyond Word, Excel and PowerPoint that are hard to replicate. Delve, using the Microsoft Graph, brings a new level of intelligence to collaboration by offering additional insights on how our employees work with each other. It tells individuals who they are collaborating with the most, and how much time is being spent where.” – Tim Campos, CIO Facebook

HP was even more of a “coup” for Microsoft because it wasn’t the hugely successful Office 365 that attracted them to Microsoft. Surprisingly, it was a product that is relatively weak compared to Salesforce’s more mature Customer Relationship Management (CRM) product. HP signed up with Microsoft to use Microsoft Dynamics, the software maker’s own CRM solution. However, the clincher in the six-year deal between Microsoft and HP is the intention to expand the service to include not only Dynamics, but also a fair dose of Office 365, Azure and other cloud solutions.

The whole idea behind Microsoft’s new strategy is to build software for enterprise companies, and then “rent” them out as a cloud-based service. The proper term to use is Software-as-a-Service, or SaaS, but in Microsoft’s case it’s actually more of an attempt to be a ‘one-stop shop’ for enterprise customers. And the strongest card in Microsoft’s suit is obviously their productivity applications, which is what they’re capitalizing on to the fullest extent possible.

The Ecosystem around Microsoft Office 365

Now that the Office 365 suite has been properly positioned for enterprise users, Microsoft is also strengthening its business management software such as Microsoft Dynamics, which has, for too long, been a ‘me too’ player in a market led by Salesforce. Microsoft is still small fry in the CRM market, but leveraging the power of Office 365 to make such services more popular is probably the best thing they could have done.

As such, Office 365 growth is not only going to help that particular portion of their business, but it is clearly also helping other cloud-related business units such as Azure and even Windows 10. What the company is trying to do at this point is to keep digging their heels in the SaaS market and using Office as the pivot to eventually catapult them into the mainstream as-a-Service market that is currently worth over $200 billion, per Gartner estimates.

In terms of current market position in the CRM space, you can see from the table below that Microsoft has a long way to go to match Salesforce. To top that off, they have CRM veterans like SAP and Oracle to contend with as well. But when Microsoft works the Office 365 angle, their offering suddenly becomes irresistible to enterprise users, as we’ve seen in the case of HP. 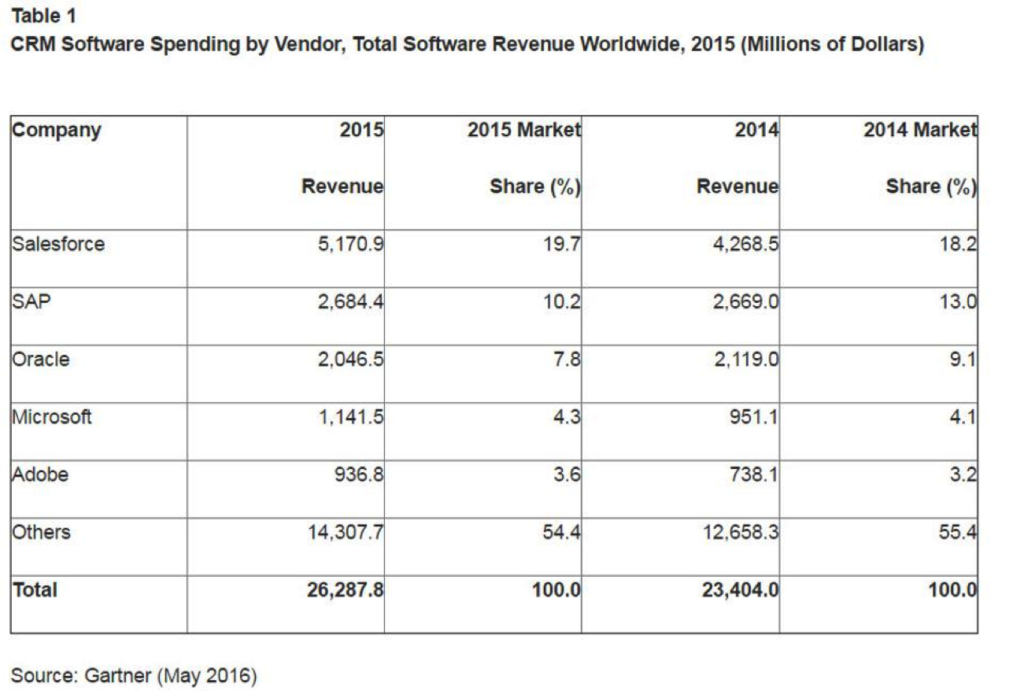 This strategy of using Office 365 to give them an entrance into other SaaS niches will serve them well as they push forward their mobile first, cloud first agenda as the underlying philosophy that guides their business.