If you’re wondering whether you can still get a free Windows 10 upgrade, you can! We’ve just verified that Microsoft’s Accessibility page on its site still has a valid download link for those with genuine Windows 7 and Windows 8.1 licenses.

On July 29, Microsoft had officially closed the doors to the Windows 10 free upgrade. However, for about a couple of months after the deadline, Windows 7 and Windows 8.1 users were still able to upgrade to Windows 10 for free using their old software activation keys.

We’ve already got the free Windows 10 upgrade for our systems, so we’re not sure that option is still available, but we do know that Microsoft has left the door slightly ajar for those with disabilities. Essentially, it’s meant for people who use assistive technologies for Windows, such as a Skype translator for the hearing disabled, speech recognition for the mobility impaired and so on.

The odd thing is, Microsoft doesn’t seem to care whether you actually use these assistive technologies, and has made the free Windows 10 upgrade download freely available for anyone.

Get your Free Upgrade to Windows 10 from Microsoft’s Site

Microsoft recently released its quarterly earnings – on October 20, and the company seems to have finally turned around its fortunes. Income from cloud-based products and services is finally reaching a level where it can offset the losses that Microsoft is seeing in Windows licensing revenues, as you can see in the graph below. 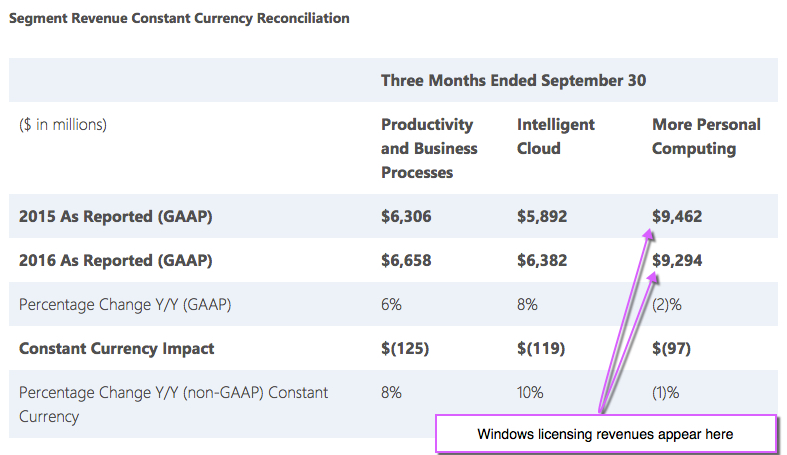 Though consumer adoption of Windows 10 hasn’t been stellar by any standards, it’s overtaken Windows 7 in countries like Norway and Denmark. Globally, however, as of September 2016, only 22.24% of the world’s PCs had moved to Windows 10, with 35.88% of desktops still on Windows 7, arguably one of the most popular desktop operating systems that Microsoft has ever released.

On the commercial side of things, Windows 10 adoption seems to be strong in Western Europe, but in the United States things are a little different. According to a study by Softchoice, as reported by Beta News, U.S. businesses are “reluctant” to move to Windows 10.

“Based on an evaluation of more than 400,000 Windows-based computing devices between January and May this year, across 169 organizations in the US and Canada using the TechCheck asset management solution, the study reveals less than one percent were running Windows 10.”

So if you extrapolate from that, 58% of the 38% of organizations who have reportedly “adopted” Windows 10 have “implemented” it. That comes to an actual figure of 22%.


To confuse things even more, Lisa Gurry, senior Director for Windows at Microsoft, said in June that 96% of the company’s enterprise customers were “testing” the software.

Since Microsoft doesn’t disclose commercial numbers for Windows 10, our best guess is that around a fifth of the world’s companies have moved to Windows 10. That’s about the same as global Windows 10 adoption across both consumer and commercial use. 22% seems to be where both currently stand. Much of the transition in the enterprise space will happen only in 2017, says research firm Gartner.

Get your Free Upgrade to Windows 10 from Microsoft’s Site