A day ahead of Apple’s Mac event on October 27, MacRumors said it found some leaked photos of the new Apple MacBook Pro 2016 on a macOS Sierra update. We’ve reproduced these photos here for you. As you will see, the biggest feature is the OLED touch-bar that Apple may now be calling a Touch Strip.

The MacBook Pro 2016 will also come with TouchID and a slightly slimmer profile, but other than that it seems to not deviate too much from the older MacBook Pro designs that most of us love. 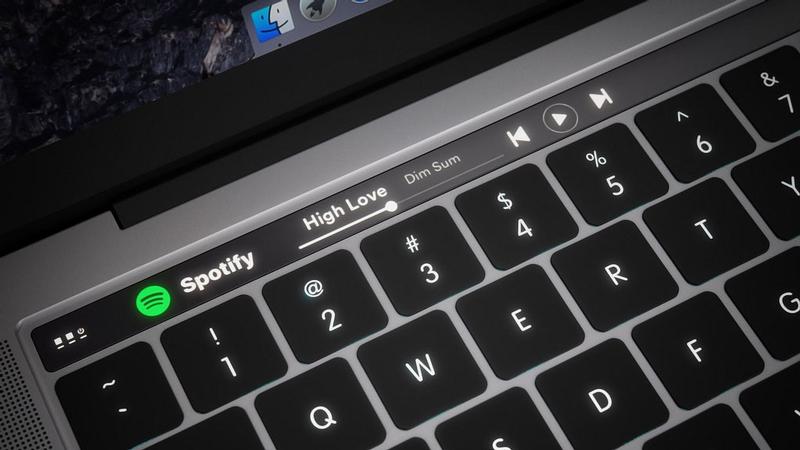 Another major introduction is TouchID, and that was indicated by an icon showing a finger print and a padlock, so it’s got to be something to do with a new security feature for the MacBook Pro 2016. Our take is that the fingerprint authentication will be used for Apple Pay transactions, since that is so critical to Apple’s future.

Obviously, the star of the show is the Touch Strip, which apparently changes based on which app you’re working on. For example, iTunes would have a different set of shortcut commands on the Touch Strip from, say, Mail or Calendar.

Since the new MacBook Pro will come with macOS Sierra 10.1 as default, it’ll be good to see what updates the new OS version brings. We know that Siri will be there but, unfortunately, there hasn’t been much talk of any major changes.

Later today, we’ll tell you where you can watch the Mac event live online tomorrow – October 27. And don’t forget, the Apple Watch series 2 Nike+ edition will be released the following day – October 28. It’s certainly a full week for Apple from here on out.