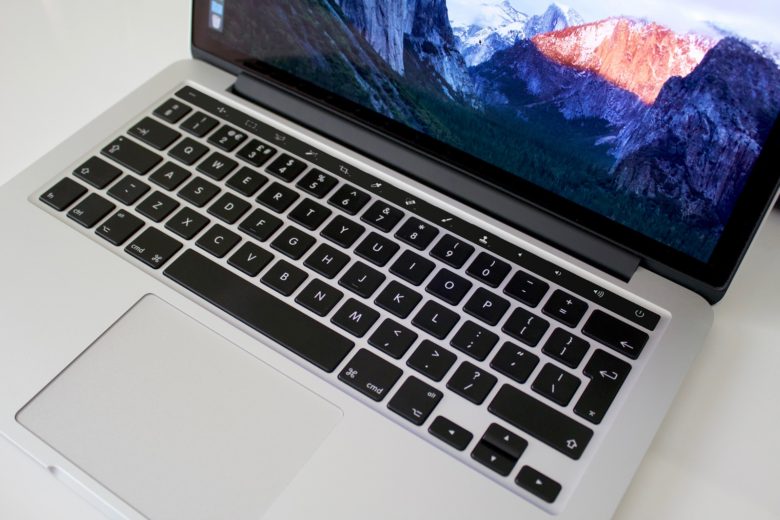 According to well-known Apple analyst Ming-Chi Kuo of KGI Securities, Apple may be looking at releasing a late 2017 MacBook Pro that could have up to 32 GB of system memory. Originally reported in MacRumors, the analysts said that it would depend on whether Intel is able to put out its Cannon Lake processors in time.

Current MacBook Pro models offer up to 16 GB of RAM, and run on Intel’s Sky Lake processors, which supports the LPDDR3 memory type.

In order to support the advanced LPDDR4, the MacBook Pro will either need to have the Cannon Lake processors under the hood, or sacrifice battery life. LPDDR4 sucks up a lot of power, and only the Cannon Lake can adequately address the issue, consuming 15 to 25% less power on LPDDR4.

Will the MacBook Pro 2017 Actually Offer the 32 GB Variant?

That’s the crux of the problem. If Cannon Lake can be delivered to the current schedule, then it’s definitely a possibility. Cannon Lake is built on 10nm chip architecture, which is an advancement from the current 14nm chips such as Sky Lake and even Kaby Lake.

So while the possibility remains that the MacBook Pro planned for 2017 could come with a 32 GB option, it entirely depends on how quickly Intel is able to put Cannon Lake into mass production.


Analyst Kuo has this to say:

“If Cannonlake doesn’t enter mass production as expected, the new models launched in 2H17 will adopt Coffee Lake, which continues to adopt LPDDR 3, and maximum DRAM support will remain unchanged at 16GB.”

Why Not Coffee Lake for the MacBook Pro 2017?

And that’s where the confusion arises because Coffee Lake isn’t scheduled to be out before 2018. Have a look at Intel’s timeline for processors: 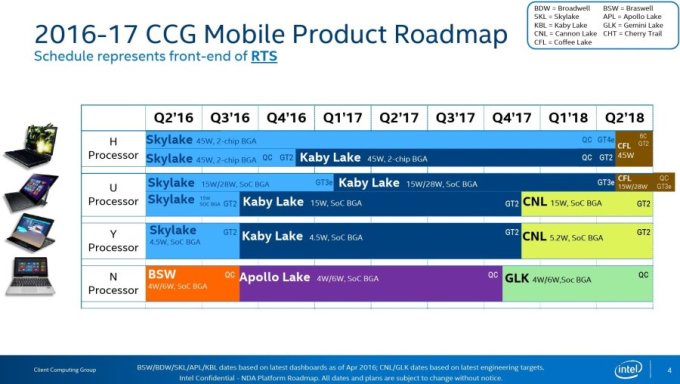 Coffee Lake is essentially built on 14nm technology, but it is based on Cannon Lake’s architecture, which means it should be able to support LPDDR4.

And that’s why Kuo’s comments are confusing. Kuo says “Coffee Lake, which continues to adopt LPDDR 3″, but Coffee Lake being built on the same architecture as Cannon Lake, should ideally be able to support LPDDR4 without power consumption concerns. 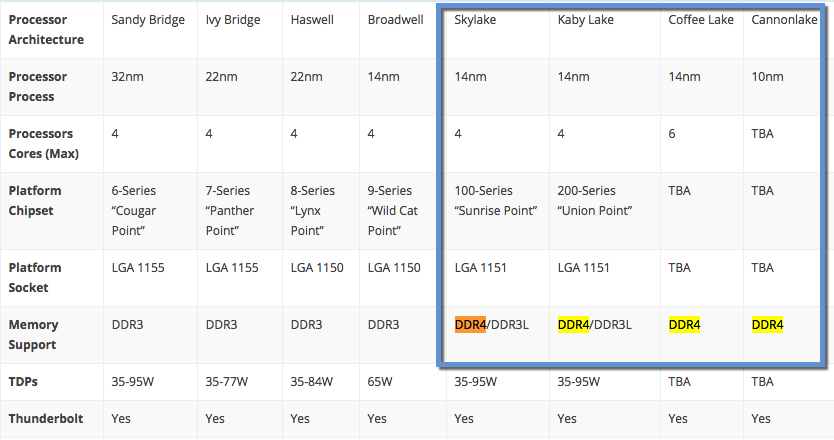 Now comes the big question: Did he mean to say Kaby Lake instead of Coffee Lake? Kaby Lake does support DDR3L as well as DDR4, and is currently being shipped to OEM manufacturers, and many have already received them.


That ‘typo’ might be the cause of all the confusion around the MacBook Pro 2017 coming with 32 GB DRAM. So, Apple now has two choices:

We’re of the opinion they’ll take the second option because they’ve just launched the MacBook Pro 2016 with the OLED Touch Bar, and the company will be looking for a huge leap in innovation before they’re ready to launch another version. That leap could be brought about by Cannon Lake, but it’s entirely up to Intel at this point.

So there you have it – a more powerful MacBook Pro for 2017 contingent on Intel being able to ship out Cannon Lake in time. Based on these timelines, Apple is likely to release the product towards the middle of the second half of 2017 – a year from now, basically.