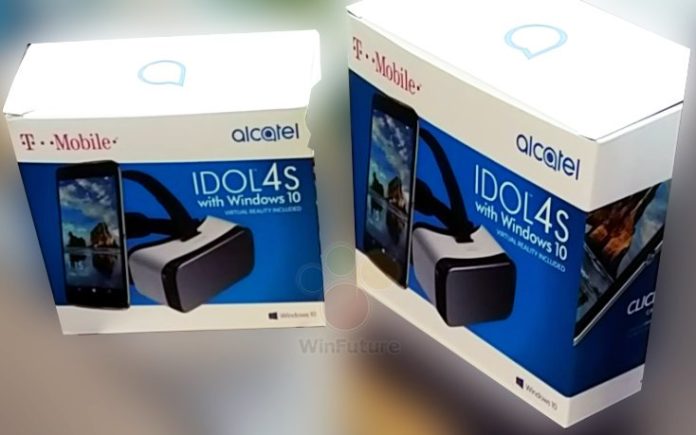 At one end of the smartphone operating system segment sits Android, by far the most popular mobile OS in the world with over 80% market share. At the other sits the once-failed Microsoft Windows Phone in its new avatar – Windows 10 Mobile.

Their market shares are so far apart you can drive a big rig truck through it. But Microsoft isn’t giving up their dream of a Windows smartphone, and the Alcatel IDOL 4S could be their secret plan to get Windows on more mobile phones in the coming months.

What’s special about the IDOL 4S? Nothing, other than the fact that it comes with a VR headset and generic Android hardware. It’s the second part that’s the real secret. By using hardware that already supports the Android OS, Microsoft may have found a backdoor entry back into the smartphone segment with Windows 10.

Sounds just like the specs on a high-end Android phone, doesn’t it? And one of the reasons Alcatel was able to put together a Windows 10 smartphone so quickly is that it required very little modification from the Android version of the phone.

And that’s Microsoft’s new secret. By allowing OEMs to use their existing manufacturing capabilities and hardware partnerships, they’re making it easy for them to offer a Windows 10 option in addition to an Android version.

And the VR capability is merely the icing on the cake. By throwing in that nice little add-on, Microsoft is hoping that consumers will jump on the Windows 10 Mobile bandwagon and start using VR apps and watching VR video content.


Can this new strategy help Windows 10 smartphones come to life? Only time will tell, but we find it to be a solid strategy on which Microsoft can build out its smartphone product portfolio by partnering with OEMs the way Android currently does. With the older Windows Phone, that door was closed, but Windows 10 Mobile is a different ball game.

If they can generate more UWP apps (Universal Windows Platform) that will work on Android, iOS and Windows 10 Mobile and get consumers hooked on them, there’s a possibility that we could see Microsoft’s mobile OS market share rising over the next few years. They may never reach the level Android has, but at least there will be a third strong player in the segment, which is the best thing that could happen to the average consumer. More competition equals better products, pricing control and overall a better consumer experience.

This is a do or die attempt by Microsoft to get back into the smartphone race, and if it works it will take them one step further in achieving the goal of Windows 10 being a true cross-device operating system that straddles everything from smartphones to desktop PCs and everything in between.