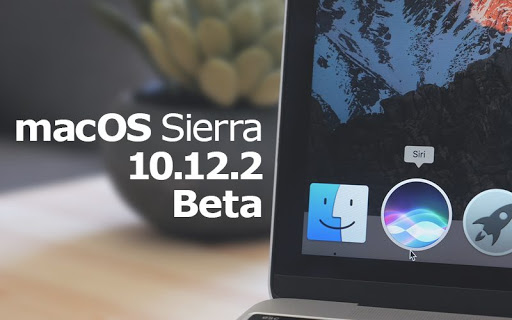 After launching macOS Sierra 10.12.1 about two weeks ago, Apple is now seeding the latest second beta 10.12.2 for public testers as part of its beta testing program.

Of note is the fact that this comes just a day after the second beta was rolled out to developers, and a week after the first public beta was released.

What is the Apple Beta Software Program?

The Apple Beta Software Program is an opportunity to test out latest beta versions of both iOS and macOS Sierra versions before they’re released to the public. Once you sign up for the program and register your device, you can download and install the latest beta version of their most recent updates that have not yet been rolled out to the general population.

Of course, these beta versions can often be unstable, so it is not recommended that you install beta software on your primary machine.

Essentially, the program is designed to gather feedback from developers and public testers ahead of a full release. Installing a beta version puts a Feedback Assistant on your dock – or on the second page of your Home Screen on iPhones and iPads – so your opinions and suggestions get sent directly to Apple’s developers. That’s the way bugs and other vulnerabilities can be addressed ahead of the final version being released.

This particular version is very similar to what they did with iOS 10.2 earlier this month, pushing it to developers in beta mode.

The final version of iOS 10.2 is expected to be released sometime in early December, and features a whole new set of emoji, as well as some minor tweaks to the current latest version, which is iOS 10.1.1.


MacOS Sierra 10.12.2 brings in support for Unicode 9 on which emoji are built. In all, that should introduce about 72 new emoji to macOS Sierra, including male and female professional characters, the ever-popular facepalm and other emoji. Word has it that Apple has also refined the designs of several existing emoji.

Although this update won’t be an earth-shattering one, for people who use iMessage a lot – and chat apps in general – it’s going to give them access to a much larger emoji collection. Android users already have Unicode 9 support, but this is the first time it’s being supported on iOS and MacOS.