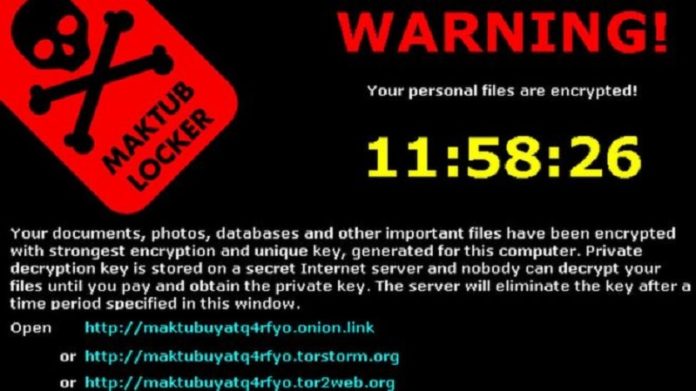 Windows 10 is said to be the most secure operating system ever created by Microsoft, but you have to be on the Anniversary Update to protect yourself from ransomware – arguably the ugliest side of cybersecurity vulnerability.

What is Ransomware and How Does Cybersecurity Work?

Ransomware is exactly what it sounds like. A sophisticated piece of malware – harmful software – is introduced into your PC or mobile device and then proceeds to encrypt your data and files so you can’t access them. But that’s not the worst part. You will receive some sort of notification – usually a popup – that asks you to pay a certain amount of money to get the decryption key. The perpetrator is essentially threatening to destroy your data if you don’t pay up within a specified period of time.

That’s the first type of ransomware, and it’s called Encryption or Encrypting Ransomware. The second is called Locker Ransomware, which basically locks your operating system and prevents you from getting in. The modus operandi is essentially the same as with the previous type – unless you pay an amount of money within a given date, your system will be locked forever.

Cybersecurity experts – the good guys – are constantly trying to create security patches and bug fixes to prevent this sort of attack on individual systems as well as enterprise networks. The average enterprise company – like IBM, for example – receives as many as 25,000 security alerts on any given day, but thanks to advancements in cybersecurity, the IT team is able to block most of it or address it quickly before it “infects” the entire network. In IBM’s case, it leverages the AI power of Watson to filter through these threats and highlight the ones that require immediate investigation, thereby saving a tremendous amount of time and money.

It’s basically a cops and robbers game that is evolving so fast it will make your head spin. The good guys are constantly working on “patching” security issues and vulnerabilities, while the bad guys are always looking for new vulnerabilities through which they can inject malware such as ransomware, trojans, adware, spyware, rootkits, keyloggers and several more.

So how does the Windows 10 Anniversary Update keep you safe?

According to a white paper released by Microsoft, Windows 10 with the Anniversary Update has several security components that reduce malware attacks by up to 58%. Some sites claim that it could be a ploy by Microsoft to speed up Windows 10 adoption, but there’s a lot of credibility in Microsoft saying this. For example, they’ve beefed up Microsoft Edge (the Windows 10 browser) as well as Windows 10 itself by enhancing security for Edge and browser plug-ins. Since malware attacks usually originate from email attachments, they’ve also enhanced the ‘detect and block’ capability on its email client.

In addition, Microsoft is using advanced artificial intelligence – called machine learning – as well as a cloud-based approach to reduce reaction time to malware attacks from hours to mere seconds.

This is clearly not a ploy by Microsoft to get users to move to Windows 10. Admittedly, adoption of the new operating system has not been as wide or deep as the company would like, and we showed in an earlier article how only about a fifth of individual and enterprise users had actually migrated to the new OS so far. But to use the threat of ransomware vulnerability would be the equivalent of fear-mongering – not something you would expect a highly respected company like Microsoft to engage in.

Yes! In case you’re not yet on Windows 10, here’s how you can get it for free. They did have a free Windows 10 upgrade deadline of July 29, 2016, but they’ve left a couple of side doors open despite the fact that Windows 10 Home and Pro versions are selling on the Windows Store online.

Right now you have two options to get a free upgrade to Windows 10, and we’ve covered those in detail in this article. Both these options are official, legal and provided by Microsoft:

Now that you know how to get the free Windows 10 upgrade, there’s no reason for you not to secure your system and get on the safest, most secure Windows yet.