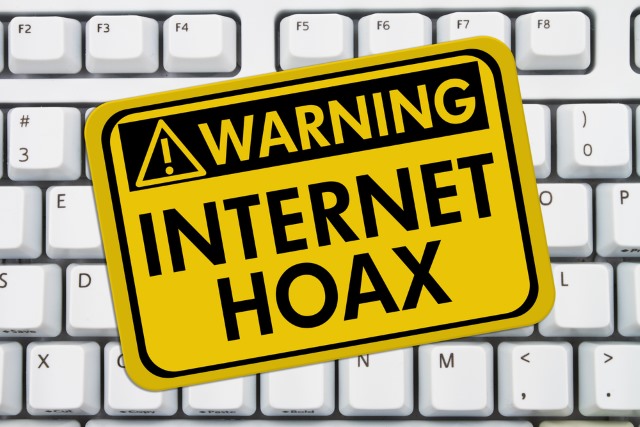 In the wake of a widespread controversy over fake news websites that cropped up during the final months of the U.S. presidential elections, Google’s browser, Chrome, now has a new extension called “Fake News Alert” by Brian Feldman that warns you if it thinks a news site is a fake one. In addition, there’s also one specifically for Facebook that’s recently been made available, and it’s called B.S. Detector, published by The Self Agency LLC.

Both extensions can be downloaded from the Chrome Web Store and are relatively new. In fact, there are currently only 38 people using the B.S. Detector so obviously their PR leaves a lot to be desired. Hopefully, more people will sign up to the free extension once they read this!

Fake News Alert works by displaying a banner that warns users of questionable news. Unfortunately, reviewers say that it often gets missed or ignored, and some even say it doesn’t work on sites that it’s supposed to be based on.

B.S. Detector specializes in flagging Facebook articles where it considers the source of the news to be questionable.

The Larger Issue at Hand

The problem of fake news is much more prolific than ever before, with websites coming up literally by the dozens each day. In fact, the problem is now so bad that both Facebook and Google are starting to address the issue. While the search engine giant has committed to banning fake news sites from using their AdSense program to display third-party advertisements, a mere few hours later Facebook changed the wording on its FAN (Facebook Audience Network) policy page to include fake news websites.

Websites typically monetize their content by signing up to AdSense, FAN and other ad platforms, and cutting off their oxygen supply should help eliminate the incentive for these websites to be created in the first place.

Facebook has been right in the middle of a controversy involving fake news, with one misleading report showing that Pope Francis supported the then-presidential-candidate-now-president-elect Donald Trump for presidency.

Google hasn’t escaped the ire of the media either, and was accused of giving prominence to fake news stories such as the one from 70News that “wrongly stated that Mr. Trump, who won the Electoral College, was ahead of his Democratic challenger, Hillary Clinton, in the popular vote.”


Internet content has always been a questionable source of “truth”, but most of us tend to believe what we read on the internet. This puts us at risk of being fooled by malicious website owners only looking out for their own interests.

The Art of Trusting in a World of User-generated Content

The problem is, our society is heavily reliant on trust – in simple as well as complex matters. We trust that when we say “how are you?” to someone, they won’t fire back a “what the hell do you care?” at us. We trust that the guy in the car behind us will stop when we stop at a red light. We trust that the cashier at the store won’t secretly record our credit card number and PIN, and then proceed to defraud us. We trust that police personnel won’t use their sidearms against law-abiding citizens.


In fact, we trust everyone around us so much, which is why we can enjoy living in a free society. But when people start to misuse that trust, it throws us completely out of whack. News has long been considered a haven of trust and veracity, and the media fraternity works tirelessly to make sure it gets the facts right before reporting anything, no matter how minor a piece of news might seem.

That’s why fake news is such a major issue. Newspapers and TV news channels might be immune to this strain of virus because they already have the checks and measures in place, but the internet is not because it’s so open. That’s where the challenge lies, and that’s why it is up to companies that “control” the internet to come up with solutions to prevent such occurrences. But it’s not just them. It involves us as well, more so than one would imagine.

Propagating Fake News: The Onus is On Us

The issue is one of user-generated content that isn’t “vetted” before it is published, nothing more. Anyone can post anything on the internet, and Google, Bing and every other search engine could potentially pick it up and serve it to an unsuspecting public. And with social media it’s even worse because it spreads through sharing – the equivalent of word-of-mouth.


Can we ever eliminate this new virus that is infiltrating our online time? Not likely. Can we reduce it? Most definitely. But we’re as guilty of spreading fake news as Google and Facebook allegedly are. We need to use our common sense before we share a piece of content online, and they need to provide the tools for us to do that. It has to be a concerted effort or it will never work. The internet – and social media – must remain free for all, but it needs a code of honor that must be upheld above all other needs. And it is up to each one of us – individuals making individual decisions, or media giants will billions of dollars in resources – to make that a reality.