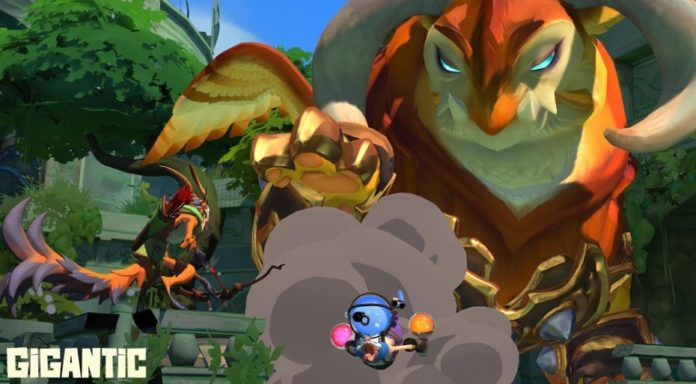 After being tinkered with for quite a while, Gigantic has finally made its appearance on Windows 10. The game is very much like a MOBA, or multi-player online battle arena, also known as action real-time strategy, or ARTS.

Essentially, there are two teams battling each other, and each player controls one character from a particular team. The end game is a ferocious battle between two Gigantic creatures, hence the name.

Originally created by Motiga, the game managed to attract the attention of Microsoft, which partially funded the project in exchange for developing it on the Universal Windows Platform, or UWP. However, despite the Microsoft funding and earlier success on Kickstarter, Motiga ran aground with several delays and even layoffs. More recently, Funcom Entertainment acquired the publishing rights to the game and brought it back on track.

The game is now available on the Windows 10 Store, free for all PC owners on the new OS.

The object of Gigantic is to gain and keep control of the map. There are various class roles as you’ll see in other games such as Overwatch, and you also have the ability to spawn tower-like support mobs to help keep the map in your team’s control. There are also in-game purchases that provide funding for further development of the game.

On Xbox One and Win32 PC the game is still in beta mode, but if you have a Windows 10 PC you can download it from the Windows 10 Store here: