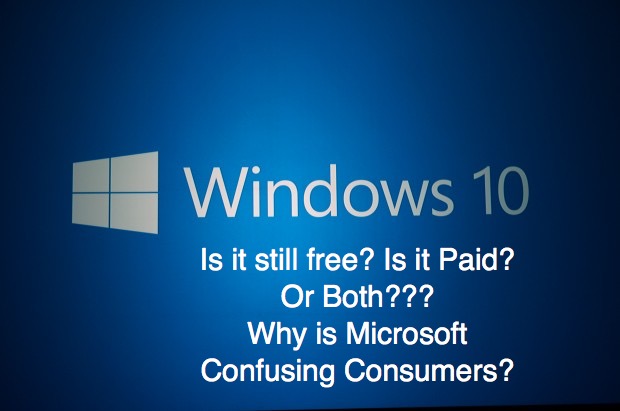 With Windows 10 adoption rates dropping in September and then incrementally picking up in October, Microsoft needs a lot of thrust to get to its “Windows 10 on 1 billion devices by 2018” target. Despite the conflicting data from even the most reliable sources, one thing is clear: users aren’t flocking to do a Windows 10 upgrade the way Microsoft expected.

But there’s good news for Microsoft. Two things that have slowed the adoption rates for this year could help boost numbers in 2017.

The first of these is the enterprise segment. Though Microsoft earlier said that 90% of Fortune companies have been testing out the platform, only a relatively small percentage of those companies have actually moved wholesale. Our last estimate was that less than 25% of the companies that tested it out have moved as of now. Moving to a new operating system is a tedious corporate exercise, and with bigger companies operating in different locations around the world, that problem gets amplified to an unimaginable degree. More recent data from a survey by Adaptiva shows that only 12% of respondents said that they’ve moved more than 5% of their systems to Windows 10. However, 60% of respondents said that more than 50% of their systems will be on Windows 10 by next year.

Moreover, several other sources also seem to agree that enterprise adoption of Windows 10 will happen en masse mainly in 2017. That’s literally Microsoft’s “Window of Opportunity” to convince them to upgrade, when the last of the “resistors” approach the end of their current licensing period for older versions. Microsoft has already provided the analytics tool for a smooth migration, and the apps ecosystem for enterprises is getting bigger and bigger as well.

The second issue is not really an issue, but more of a time-dependent factor. Microsoft has only just launched its Surface Studio, which is set for delivery in early 2017. Since those PCs will be shipped with Windows 10, we should see a spike in Windows 10 usage around that time. In addition, they will also be rolling out the Windows 10 Creators Update that brings a whole new 3D experience to PCs. And what about all the PCs from OEMs that consumers will buy in 2017 – all of them will necessarily ship with Windows 10.

Moreover, “adoption rates” technically cover Windows 10 Mobile as well, since it’s not strictly a separate operating system – merely a different branding with some “improvements to core quality,” according to Microsoft. With new phones such as the Alcatel IDOL 4S, the HP Elite X3 (and another Windows 10 phone coming from HP in Feb 2017), smartphone OEMs do seem to be mulling over offering Windows 10 as one of their OS platform options.

So, there are multiple indicators that lead us to believe Windows 10 adoption rates should rise starting around spring of 2017, on both consumer as well as enterprise fronts. But what about right now? What are the options to get a Windows 10 upgrade? Is it free? Do you have to pay a little money? Or do you have to pay a lot of money.


Strangely, the answer to all three questions is YES!

For these users, Microsoft has left at least two options open. One is the free Windows 10 upgrade for Assistive Technology users, and the other is a media creation option using an ISO file. We’ve written about both in this article below:

Available on Amazon as Physical DVD

There’s at least one seller on Amazon.com offering both 32-bit and 64-bit versions of Home and Pro versions for $7.95 + shipping.

Available for Purchase from Microsoft Store or Amazon

What gives? Why are they confusing consumers with so many disparate options for a simple Windows 10 upgrade? Of course, one option is from another seller, but even Microsoft itself has three options – free for assistive technology users (that basically leaves it open for anyone), free ISO file for a clean install (product key not mandatory), a discounted price for Pro edition on Amazon and a full price option for both editions on their own site.

The only thing I can gather from this is that Microsoft sucks at marketing the Windows 10 upgrade! They desperately need people to move from older Windows versions, but they’re not really sure how to go about doing it. When they close the door on the free upgrade option, which they’ve done officially but left open unofficially (!!), new users will be paying PC manufacturers the money they would have otherwise had to pay Microsoft. Windows 10 isn’t free along with your new PC – you’re just paying for it as part of the package.


In the final analysis, most PC users will end up moving to Windows 10 over the next few years anyway. They way they’re beefing up their Universal Windows Platform (UWP) apps, adding new functionality (a.k.a. Windows 10 Creators Update), constantly building new devices for the PC/Tablet and possibly smartphone markets and continually updating the Windows 10 app store, the Windows 10 option is becoming more and more irresistible.

For now, you just need to choose whether to get it free or pay for it. Both are legal because both are offered by Microsoft. To me, that’s a no-brainer of avian proportions.