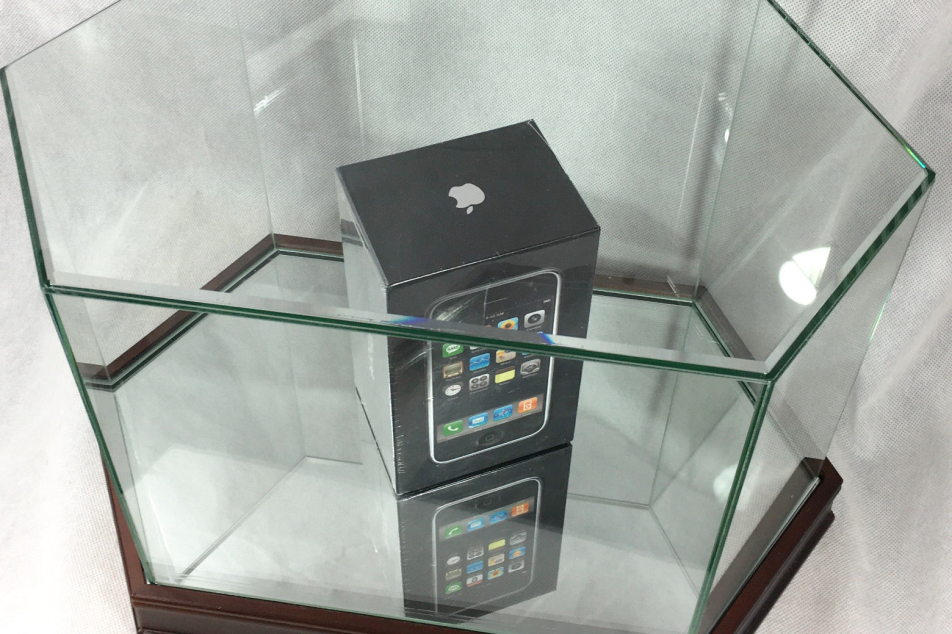 Everyone knows that old iPhones can be valuable, especially if they’ve been maintained in mint condition. While most of us are aware that older models of iPhone and other Apple products can fetch a handsome price on marketplace sites such as eBay, the selling prices seem to be continually on the rise.

A brand new unopened box containing the original iPhone launched in 2007, for example, can go for as much as $22,499.

Here are a couple of them we found selling on Amazon.com and eBay.com as of today, December 11, 2016:

But these two examples are only “average” when it comes to electronic antiques. The one below takes the cake. A “Collector’s Set” of two iPod Classic 4th Generation (20GB and 40GB) retailing on eBay for…

But the point of it is not whether you or I like it. The point is that there are people who do like it, and have the money to spend on such things.

Why should it be any different than collecting vintage wines or antique cars? Do most people drink and drive those? At least, not together, I hope?

As such, we seem to be entering a ‘new age of antiques’, as oxymoronic as that might sound.

But here’s what bothers me…BGR.com calls this absurd.

Are those purchases any less absurd?


You might dispute the true value of an original iPhone safely nested in its box, still wrapped in cellophane. It’s of no practical use in its current condition, and even if you use it you’re not going to get your money’s worth.

But there’s the rub. What is the true “worth” of anything from a consumer perspective? You can possibly talk about ‘fair price’ or ‘reasonable amount’ when dealing with electronics because there’s a fixed cost involved in making it, and what you’re calling ‘fair’ or ‘reasonable’ is the total price with the retail markup.

The same applies to furniture, cars and anything else that is tangible.


But “worth” or “value” is an intangible quality. An item “costs” this much or that much, but it’s “worth” what someone is willing to pay for it. Seen from that viewpoint, $90k for two classic iPods is a ‘reasonable amount’ and a ‘fair price’ for someone willing to shell out that cash.

And really, it’s irrelevant what their reasons are for spending that much money. The value or beauty or whatever you call it is, indeed, in the eye of the beholder.

The world of antiques is probably something best understood by those who have the money to dabble in it. The rest of us merely watch in awe as thousands and millions change hands over what looks like really, really old and use-less stuff.