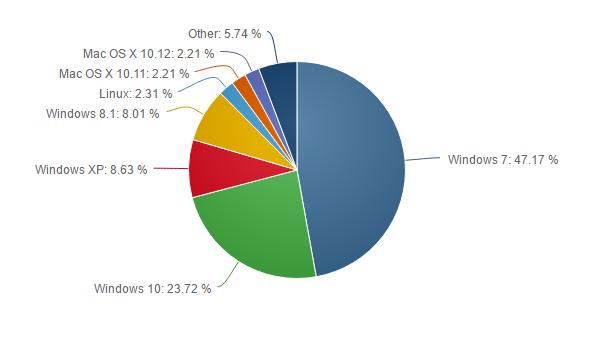 Almost the entire body of Windows fans has been following the adoption rates for Windows 10 since they stopped offering the free Windows 10 upgrade on July 29 this year.

In fact, we’ve been reporting it periodically for the past few months as well.

According to the majority of reliable sources, Windows 10 adoption rates around the world have been established at less than 25% of all desktop devices as of November 2016 – at both the consumer and the enterprise levels.

Why, then, is Microsoft publishing information showing that Windows 10 has now beaten Windows 7 in terms of OS install base? 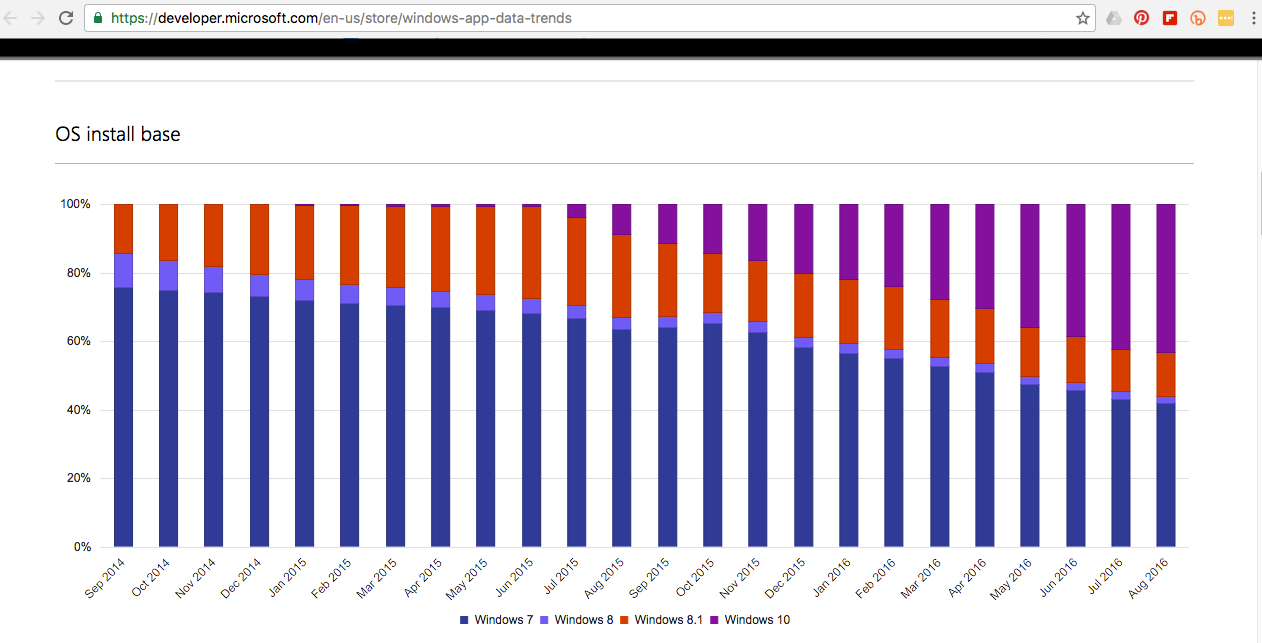 According to the graph above – taken from Microsoft’s Windows and Store trends page – Windows 10 now apparently runs on 43% of all PCs and tablets, while Windows 7’s market share has dropped to 42%.

Is that even possible? Obviously, Microsoft isn’t going to be pulling numbers out of thin air, so where is this coming from?

The difference, though massive, lies in the way the numbers are reported. It also lies in the definition of “all PCs and tablets” per Microsoft.

While NetMarketShare and others report active usage of Windows 10 system based on browsing data, Microsoft reports all OS installs, which includes all devices on which Windows 10 and older versions are installed.

Now here comes the real reason Microsoft’s numbers are so high. Microsoft includes all PCs that have been shipped to wholesalers and retailers, but haven’t yet been sold. That’s why their figures have been so high ever since they started reporting them.

But to confuse matters even further, Microsoft only shows data for Windows 7, Windows 8, Windows 8.1 and Windows 10, and not Windows XP and Windows Vista.

If you think that’s odd, wait till you hear this – Microsoft’s data does not include Mac OS X, Chrome OS or any other operating system – just Windows, and only the ones we mentioned above.

As you can see, there are at least three reasons why Microsoft is able to post 43% market share for Windows 10. It’s what they choose to report, plain and simple. Is this illegal? Absolutely not. Is it unethical? Perhaps. Is it misleading? Most certainly.

Now that the matter has been cleared up, we’d prefer reporting the true figure – the one that pits Windows 10 not only against its older siblings, but against the entire desktop operating system market as a whole.

To be fair to Microsoft, however, they’re reporting it specifically for app developers to understand where to deploy their resources in the most effective way possible. That doesn’t necessarily represent true user growth or real-world adoption rates for Windows 10.

The issue only becomes an issue when this information goes out into the world at large and is compared with true OS market share data.