As we come to the end of 2016, we look back on a year of exploding smartphones and top-loading washing machines. Samsung was the original offender in this area, but Apple is now joining the party as iPhone 6S explosion reports start flowing in.

It started in China and elsewhere around October, when several consumers said that their iPhones were exploding, which led to the Shanghai Consumer Council demanding an explanation from Apple earlier this month.

Apple admitted a problem with their batteries, gave the world an explanation and launched a battery replacement program. But that was for batteries that were shutting down phones after they reached 30% remaining power. It was originally for iPhone 5, and then it was extended to iPhone 6 and 6S as well.

Nothing was said of the exploding iPhone 6S units at the time, and there’s still nothing on their support page (neither the English nor the Chinese one) that shows they’re acknowledging the explosions themselves. But we know that it’s been happening because of multiple reports – some even with photographic evidence. 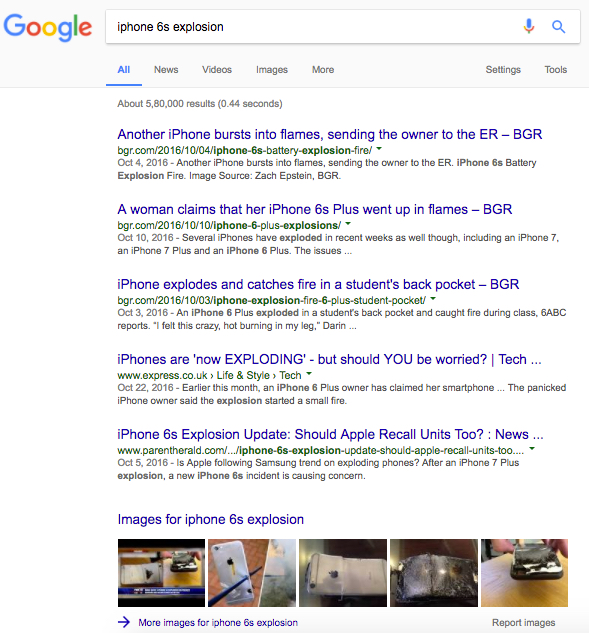 iPhone 6S units all over the world have since been reported as spewing smoke and/or bursting into flames after they were charged. As recently as last night, a Phonearena reader reported smoke and flames coming from his iPhone 6S after he unplugged it from the wall socket.

Reuters estimates that Samsung will eventually lose $17 billion in potential revenues that should have come from the Note 7. We don’t know how much Apple will potentially lose, but it’s probably not going to be as high as Samsung’s projected loss.

However, the damage to its brand will be irreversible as far as affected customers are concerned. Considering the fact that even a few iPhone 7 units were affected by the overheating issue, the monetary loss could be quite significant as well when you add battery replacements and phone replacements, not to mention lawsuits in the wake of these issues.