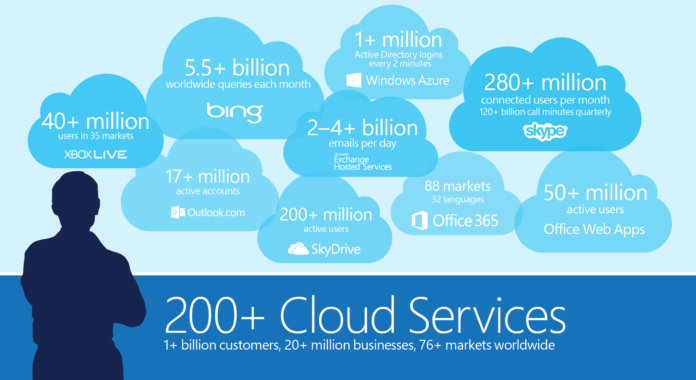 Today, we look at Microsoft’s performance in the cloud market over the past year, and the reason for its phenomenal growth.

Microsoft reports its commercial cloud annual revenues using a run rate metric that is calculated by taking revenue in the final month of the quarter and multiplying that by twelve. They do this for Office 365 commercial, Azure, Dynamics Online, and other cloud properties.

Put another way, Microsoft bundles all of its revenues from cloud, software and infrastructure into a single component called commercial cloud, adds the last month’s collections from all those segments and multiplies the total figure by twelve to give us the run rate.

This obviously makes things look a bit inflated, as cloud sales are growing strong even on a sequential basis. But the run rate number is what Microsoft provides us as a point of reference, and it is the only number that provides a clue to their real sales numbers from cloud-based services. The advantage for us is that, by using these numbers, we can arrive at an approximation that is much closer than third-party estimates that usually end up being horribly wrong.

As such, Microsoft’s commercial cloud annualized revenue run rate exceeded $13 billion in the first quarter of the current fiscal, which ended September 30, 2016. So, Microsoft’s cloud-based sales must have been a little more than $1.083 billion (13 billion divided by 12) in September. That gives us a quarterly revenue figure of over $3 billion. Amazon Web Services reported Quarterly sales of $3.231 billion during their third quarter, which ended September 30 as well. 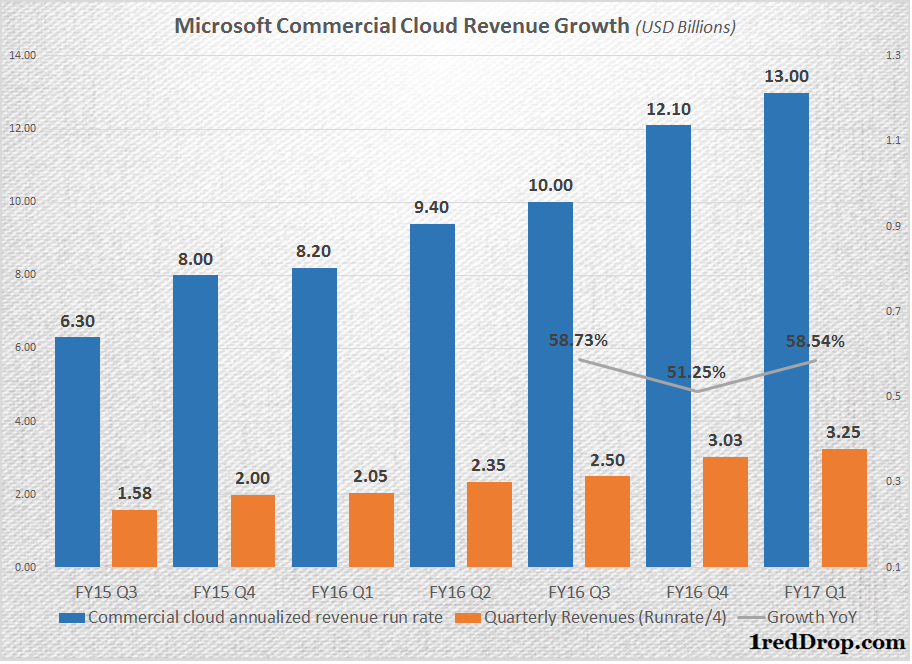 When you look at their respective annual cloud revenues Amazon clearly has a lead over Microsoft on the sales front. And, although it might seem marginal, we must also remember that Microsoft adds its SaaS revenues to in its cloud sales calculations, which are sizable due to Office 365 and other productivity applications.


That Amazon does not have that component in any significant measure can only mean that Amazon’s lead over Microsoft Azure – purely in terms of cloud infrastructure revenues alone – is quite significant. 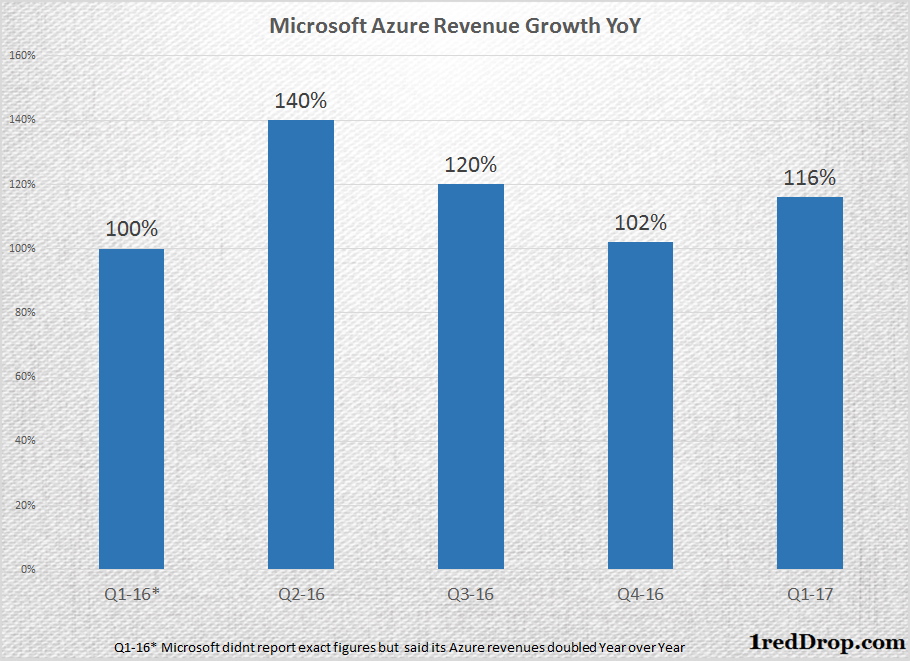 The real growth potential of Microsoft’s cloud solutions stands out from that of the competition’s mainly due to its strengths in both Infrastructure-as-a-Service (IaaS) as well as the Software-as-a-Service (SaaS). And that’s thanks to the overwhelming response the company has been getting for its office productivity suite’s lead subscription service – Office 365. 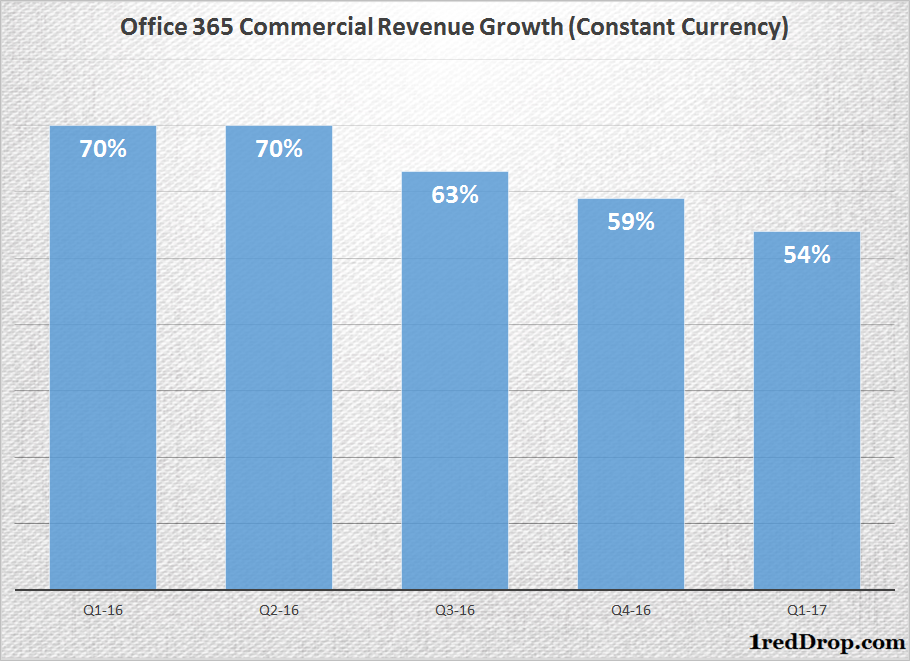 
As Office 365 keeps growing in stature, it brings more customers to Microsoft, allowing the company a better opportunity to push other enterprise products to them, not the least of which are its cloud-based services.

As a package, Microsoft’s SaaS+IaaS offering is valuable for any enterprise user; and that, in a nutshell, remains the biggest USP for Microsoft. And although Google would love to be in that position even if that were in the future, there is no clear competition to such a paired offering.

Once the customer is plugged into the system through a particular product, in all likeliness they will also consider Microsoft’s other products, thus deepening their relationship with the company. And that’s exactly what Microsoft wants.


In summary, although Microsoft is very close to Amazon when it comes to overall cloud service revenues, Amazon still retains the edge when it comes to pure-play public cloud infrastructure services.

That said, both companies are growing at furious paces, trying to out-innovate each other at every turn. They both have a huge lead over all other competitors and, due to the competition between themselves, these companies are pushing each other to greater heights, thereby increasing the already-expansive gulf between the top two and the rest of the providers in the market.

In Part 3 of this series, we’ll look at the prodigal child of cloud – IBM. This ancient technology company is much more lithe and nimble than you might think, and they have – like Microsoft – two trump cards to play on the cloud front, which I’ll talk about when I see you next.