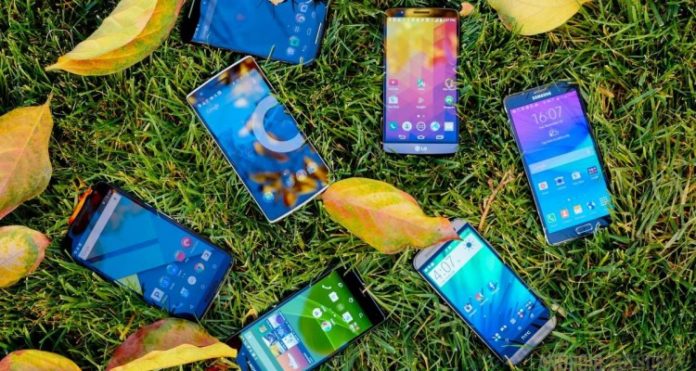 2016 turned out to be the year that shocked the smartphone world, in terms of sales. It’s not that smartphones started plunging downhill all of a sudden, but the competitive nature of the industry was such that even a small slowdown in the pace of growth was more than enough to push some of the big names in the industry to the wall. 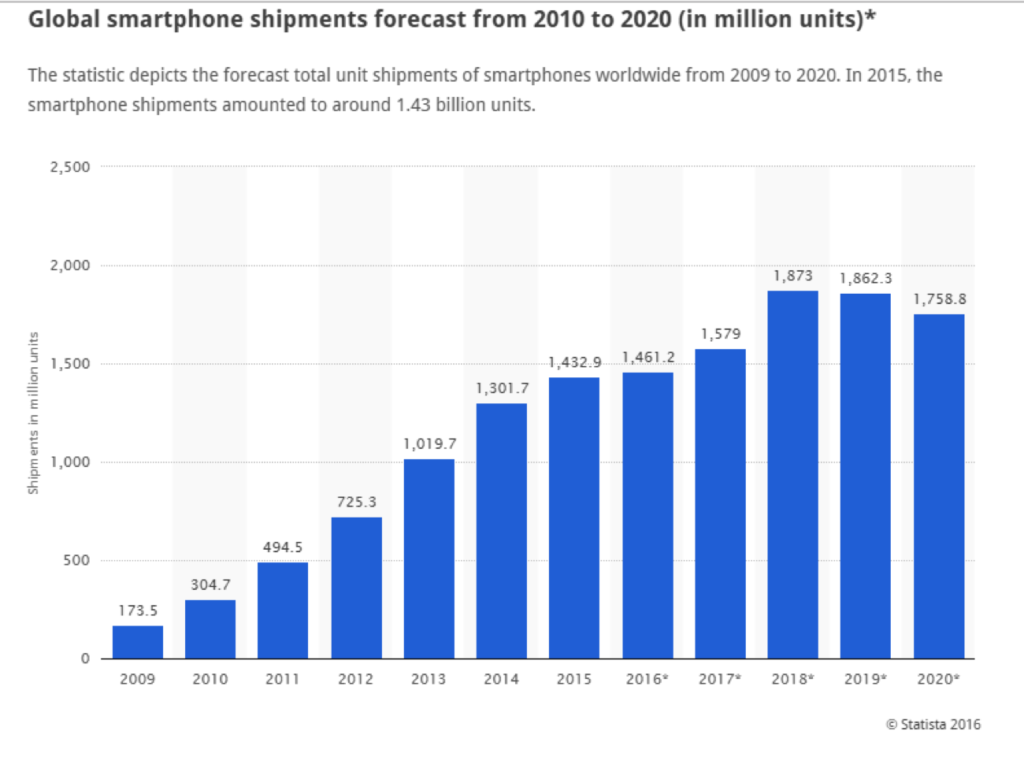 Between 2009 and 2015, smartphone shipments grew at strong double digit rates, from a mere 173 million in 2009 to 1.432 billion in 2015. That’s more than 5 billion smartphones shipped in seven years. Apple, which sits firmly at the high end of the smartphone segment, sold 808,753 million iPhones during that period. 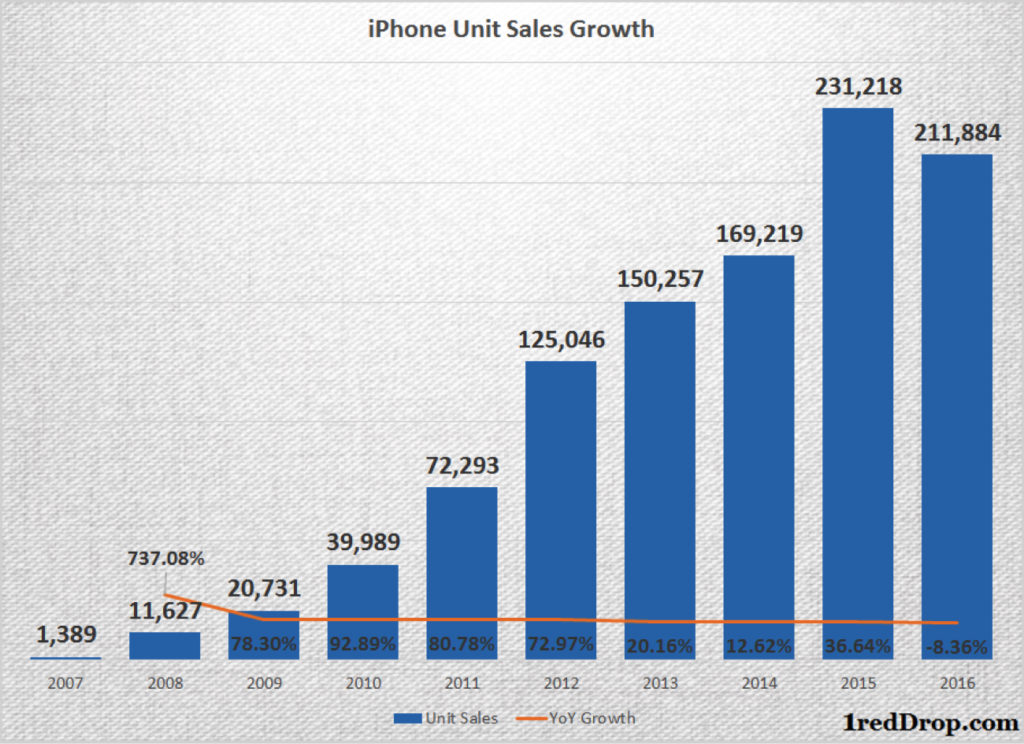 As a luxury segment operator Apple’s market size is a much smaller pie in the smartphone world, and when they pushed close to a billion phones in a seven period, that’s a huge amount of penetration. Granted, a lot of the buyers would be people who kept upgrading to new models as Apple kept refreshing the iPhone every year. But even then, a billion units is a huge number when you look at the sub-15% market share that iOS holds in the smartphone operating system market. 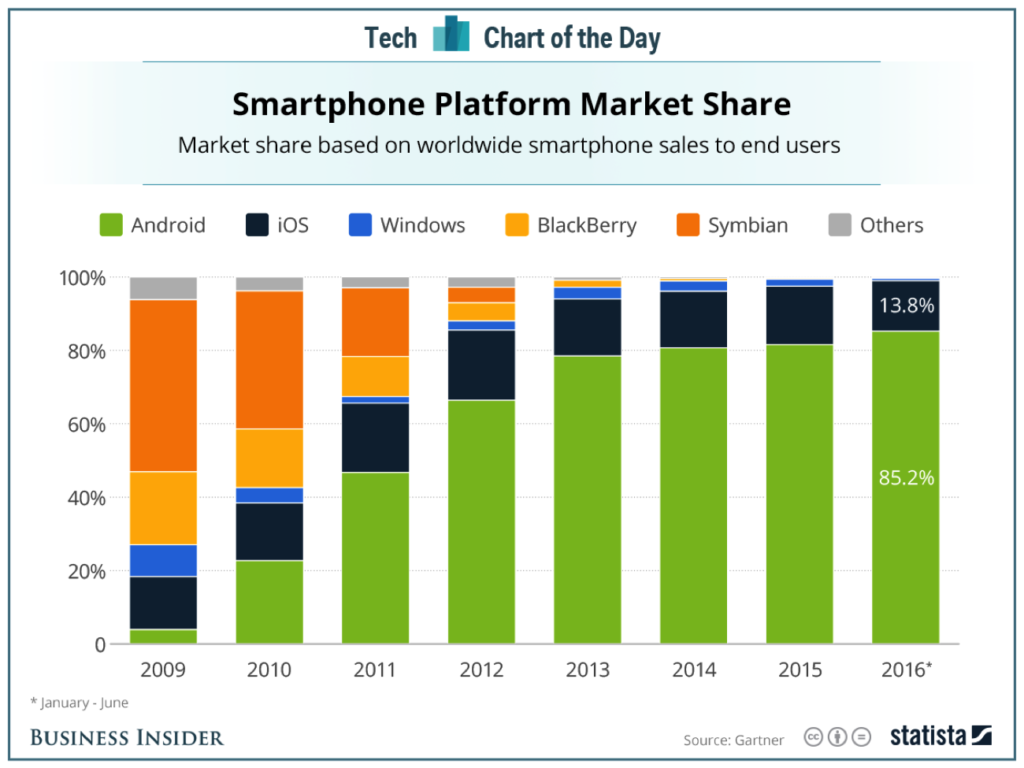 As smartphone manufacturers enjoyed a period of fast growth, they kept pushing more and more phones into the market, making their future market size smaller and smaller. Smartphone penetration in the United States has grown from around 10% level in 2009 to near 80% levels in 2015. The days of rapid growth for smartphones is over, because there aren’t too many hands left to push the phones into, at least not in the more lucrative developed markets. 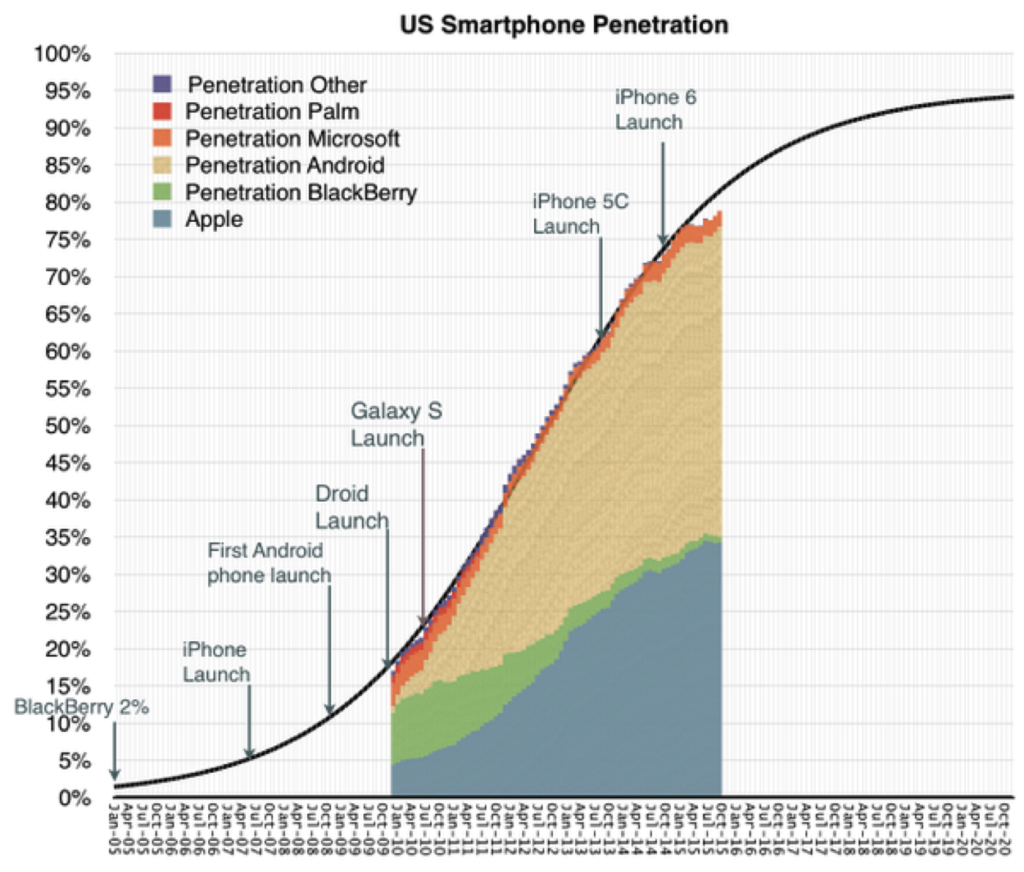 
There is an opportunity for low-cost smartphones in developing economies, but margins are literally non-existent. According to a recent report, Apple accounted for nearly 91% of the smartphone industry’s profits this year, thanks to their product positioning in the high end of the smartphone market.

With smartphone sales in developed market looking towards a period slow and stable growth, emerging economies are the only remaining option to push more units. But even those markets don’t offer the returns that these companies require to stay profitable, and internet penetration will continue to remain a huge obstacle to all companies. The fact that, other than Apple and Samsung, not many players are profitable is a huge problem in itself. Sooner or later, the hundreds of smartphone makers around the world will either have to start consolidating or be washed away by competitiveness and a lack of profitability.

The Changing Landscape of Smartphone Sales

According to Gartner, a leading market research firm, global smartphone sales grew 3.9% during the first quarter this year, 4.3% during the second quarter and 5.4% during the third quarter, much lower than the 14.4% growth the industry recorded in 2015.


A major portion of the Smartphone growth this year came from China.

“China led the growth in the smartphone market in the third quarter of 2016,” said Anshul Gupta, research director at Gartner. “Sales of smartphones in China grew by 12.4 percent, and the vendors who most successfully exploited the sales opportunities there were Oppo and BBK Communication Equipment.”

During the middle of the year Gartner has forecasted a 7% growth for the smartphone market for 2016, but sans a miracle during the fourth quarter that number is going to remain elusive. With smartphone penetration nearing 90% levels in developed markets, growth in those regions is going to depend on the frequency at which users are ready to replace their old phones.


However, the replacement cycle has already gone above two years. According to Citigroup, the phone-replacement cycle was expected to hit 29 months during the first half of this year, much higher than the 24-26 months range seen in the past two years. 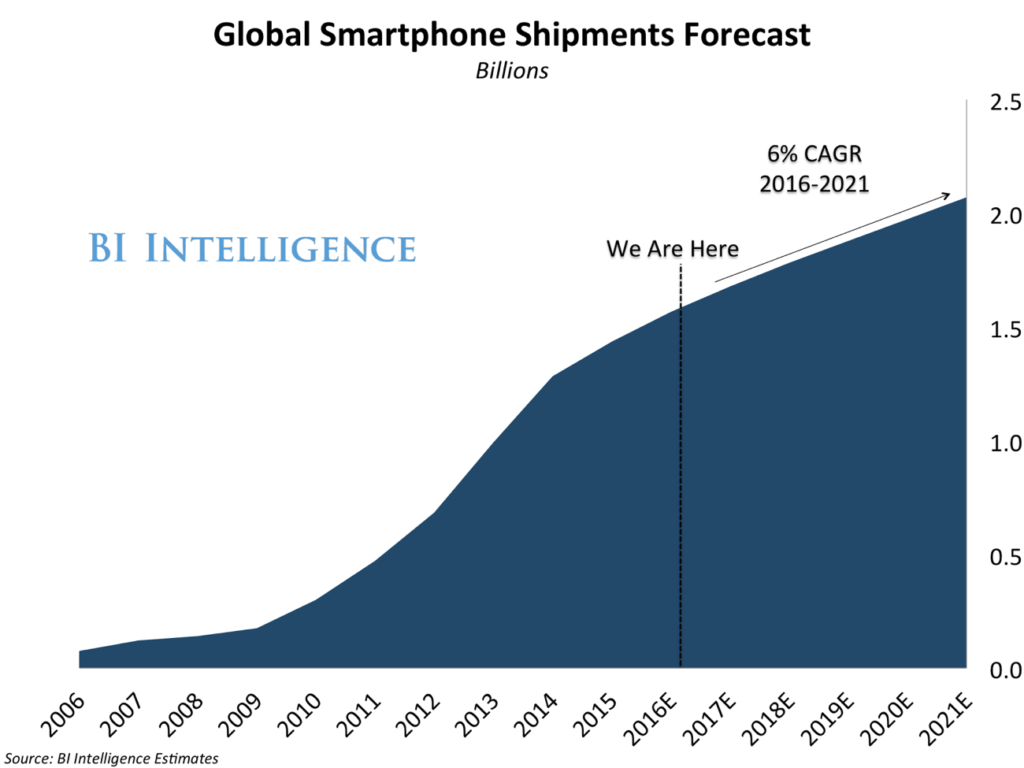 After a period of rapid growth, the industry is expected to keep moving north at 6% year over year growth for the next five years, with much of that growth coming from countries like China, India, Indonesia and other emerging nations.


With most of the profitability stuck at the high end of the market, companies operating at the lower price points will find it extremely hard to stay alive as the market keeps shrinking. In developed markets companies will have to outdo each other and try and start stealing customers from each other, squeezing margins and increasing expenses as sales now entirely depend on new product launches.

The next five years are going to be brutal, and only the biggest – or the best – will survive.